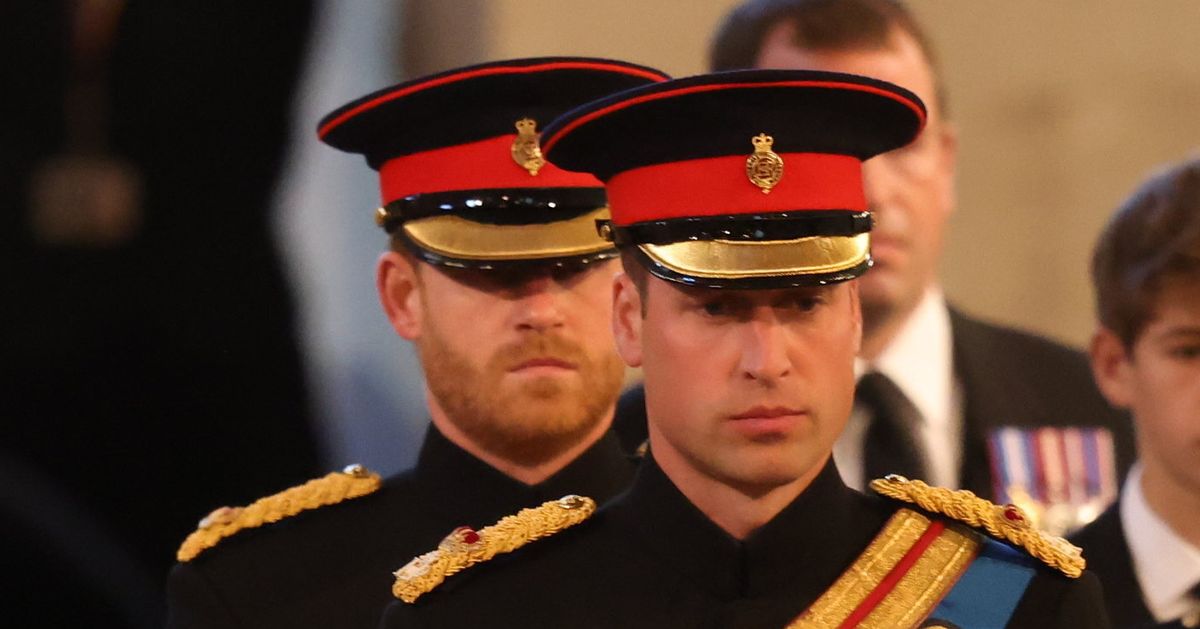 Princes William and Harry mounted a vigil for their grandmother, Queen Elizabeth II at Westminster Hall on Saturday evening, reuniting in public for a third time since the monarch’s passing last week.

They were joined by the queen’s other grandchildren, notably including Princesses Beatrice and Eugenie, Lady Louise Windsor and Zara Tindall.

They are now among the first women ever to join a royal vigil, along with Princess Anne, the Princess Royal who participated in the vigil of the princes on Friday evening.

Prince Harry, the Duke of Sussex, appeared in military uniform for the first time in nearly three years after Buckingham Palace granted him a special exception to don a uniform for the occasion. The prince lost his military titles in 2020 when him and his wife, Meghan Markle, the Duchess of Sussex, stopped being senior working royals and moved to California.

Buckingham Palace reportedly granted the exception to Harry after substantial public backlash, with critics pointing out the same exception had been given to Prince Andrew. He was stripped of his military titles and royal patronages following his catastrophic interview with BBC Newsnight about his friendship with the convicted sex offender Jeffrey Epstein back in 2019.

On Friday evening, Andrew appeared in military uniform to participate in the vigil of the princes lead by King Charles III.

Both Harry and Andrew were conspicuously dressed in dark morning suits earlier in the week as they – along with their siblings in military uniform – marched behind the Queen’s coffin as it was taken from Buckingham Palace to Westminster Hall.

For many, watching Princes William and Harry march behind a coffin brought back heartbreaking memories of 1997, when the two young princes were pictured walking behind the coffin of their mother, Princess Diana. Prince William himself later admitted that it brought back memories of Diana’s funeral.

Since the queen’s death over a week ago, the royal brothers, rarely seen in public since 2020, have appeared together a few times as they reunite for their grandmother’s funeral ceremonies.

Last weekend, William and Harry – along with their wives Kate, Princess of Wales and Meghan, Duchess of Sussex – made a surprise visit to Windsor to view tributes to the Queen and interact with the mourners gathered there.

The royal brothers are expected to be seen together again for the Queen’s funeral next week.

The Queen will be lying in state at Westminster Hall until her funeral on September 19th, which has been declared a bank holiday. Mourners from around the country have been queueing to visit the Queen’s coffin since Wednesday. The queue itself has spawned rolling coverage and memes, becoming an historic event in its own right.