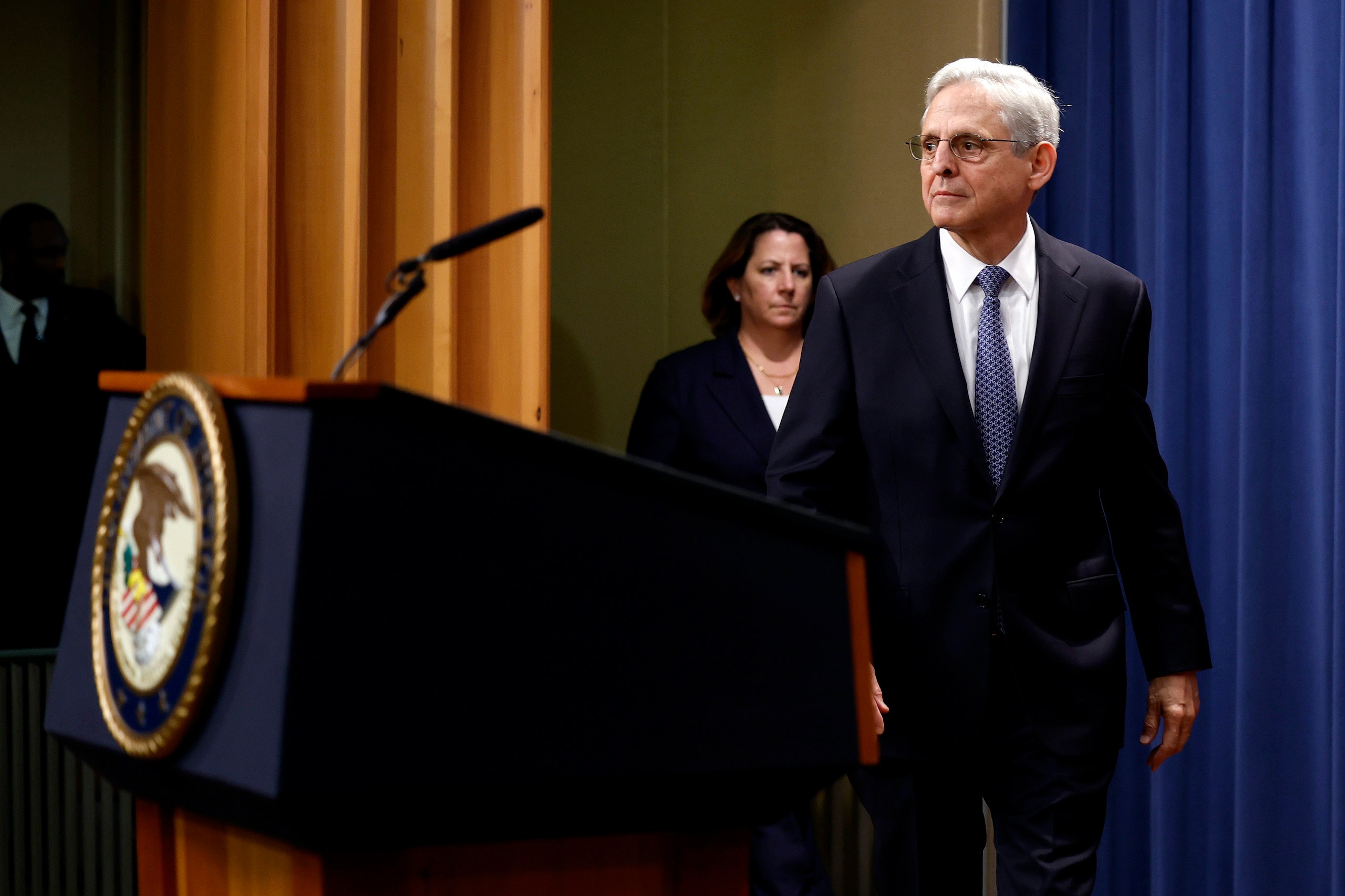 Late on Friday afternoon, Attorney General Merrick Garland made an announcement that in an earlier era of American politics might have elicited bipartisan praise. Citing “extraordinary circumstances,” Garland appointed Jack Smith, a veteran federal prosecutor, as a special counsel to take over investigations into former President Donald Trump’s role in the January 6, 2src21, insurrection and his alleged mishandling of classified documents. Garland’s announcement, and the Republican reaction to it, demonstrated how rapidly, deeply, and thoroughly Trump has exposed the gaping holes in the post-Watergate norms designed to insure that no American President is above the law.

Standing before a row of American and Justice Department flags, Garland read prepared remarks in his signature humdrum monotone. Flanked by three senior Justice Department officials, he said, “The Department of Justice has long recognized that in certain extraordinary cases it is in the public interest to appoint a special prosecutor to independently manage an investigation and prosecution.”

Garland, a former federal judge who still speaks and acts like one, was referring to past criminal inquiries—the Teapot Dome scandal, Watergate—for which the department appointed independent prosecutors to oversee cases against political figures. The goal, theoretically, is to reassure the public that prosecutions—or the lack thereof—do not hinge on the political beliefs or connections of the person under scrutiny. The aim is to uphold a four-word ideal, dating back to Athenian democracy, engraved on courthouses across the United States: “Equal Justice Under Law.”

In this case, the circumstances are extraordinary. Trump, whose supporters, at his urging, stormed the Capitol to prevent Joe Biden from taking power, announced last week that he would be running again for President. And Biden has indicated that he, too, plans to run. Appointing a special counsel, Garland argued, “underscores the department’s commitment to both independence and accountability in particularly sensitive matters.” He’s understating. To have the current President’s appointees criminally prosecuting the former President while they both run for the Oval Office is unprecedented. No such moment has existed before in U.S. history.

The announcement was the latest volley in a high-stakes struggle between Garland and Trump. It began when the Attorney General sent F.B.I. agents to retrieve hundreds of classified documents from Mar-a-Lago. Trump responded by comparing the Justice Department to the Gestapo. The Justice Department then made public the search warrant detailing the scores of top-secret documents that Trump had been hoarding. As Trump paints Garland—and anyone else who challenges him—as part of a corrupt Washington cabal, silence is not an option. Garland is trying to convince Americans that the judicial system is a place where fact, probity, and, most of all, nonpartisan public service still exist.

Smith, Garland’s appointee for special counsel, is now a part of that effort. “Throughout his career, Jack Smith has built a reputation as an impartial and determined prosecutor, who leads teams with energy and focus to follow the facts wherever they lead,” Garland said. A former federal prosecutor who has worked with Smith told me that she agreed, praising Smith for his professionalism and neutrality. “He’s great,” she said.

A graduate of the State University of New York at Oneonta and Harvard Law School, Smith has never before been appointed to office by any political official. After working as a federal prosecutor in Brooklyn and Long Island, he headed the Justice Department’s office of public integrity, which prosecuted Republican and Democratic officials, including the former Democratic senator and Vice-Presidential nominee John Edwards for violating campaign-finance laws. (Edwards was acquitted.) Smith currently works as the chief prosecutor of a special court based in The Hague that investigates war crimes in Kosovo.

Immediately after Garland’s announcement, Trump went on the attack. At a dinner event at Mar-a-Lago, he said, “The corrupt and highly political Justice Department just appointed a super-radical-left, super-special counsel.” He dismissed the ongoing investigations as part of the “never-ending witch hunt” and, true to form, pointed a finger elsewhere. “If they are going to investigate me, they have to investigate all of these other Presidents—and they have to start it right now,” he said, claiming that Bill Clinton, George H. W. Bush, George W. Bush, Barack Obama, and Joe Biden should all be prosecuted. “We’re living in a very corrupt country right now—never had anything like it,” he said. “Our elections are rigged, tainted, and bad.”

Some former prosecutors criticized Garland’s appointment of Smith, warning that it would delay the Trump investigations and potentially allow him to campaign for President without being held accountable. It could also establish a precedent that anyone under investigation who declares that they are running for political office merits the appointment of a special counsel to their case. Others disagreed, saying that Smith’s appointment would speed up the investigation because he will be unhindered by Justice Department bureaucracy.

In an interview last year, the Democratic congressman Jamie Raskin, a longtime opponent of Trump’s, told me, “We need to win this struggle politically.” For Democrats, last week’s midterm elections, in which many Trump-endorsed candidates lost their races, again demonstrated that defeating Trump at the ballot box is possible without a criminal indictment. Two impeachments and multiple probes of his business practices have suggested that exposing wrongdoing by Trump isn’t enough alone to politically discredit him. And as my colleague Amy Davidson Sorkin has noted, even if Trump were convicted, he would still be able to run for President.

Ilya Somin, a law professor at George Mason University, told me that Garland’s painstaking efforts to show that the Justice Department is politically neutral are unlikely to sway the views of Trump supporters in an era of deep political polarization. But those efforts could influence independents and moderates who declined to support Trump-backed election deniers in the midterms. Garland’s—and now Smith’s—task will be to ignore political considerations and resolve the investigations as speedily and equitably as possible. Whether the appointment of a special counsel, or a potential criminal trial, undermines or aids Trump may not be known until the 2src24 Republican Presidential primaries. “It partly comes down to issues that have nothing to do with Garland,” Somin said. “It could come down to how much momentum [Ron] DeSantis or another Republican candidate generates against Trump.” Wall-to-wall press coverage of a Trump trial could be the best thing to happen to his campaign. ♦