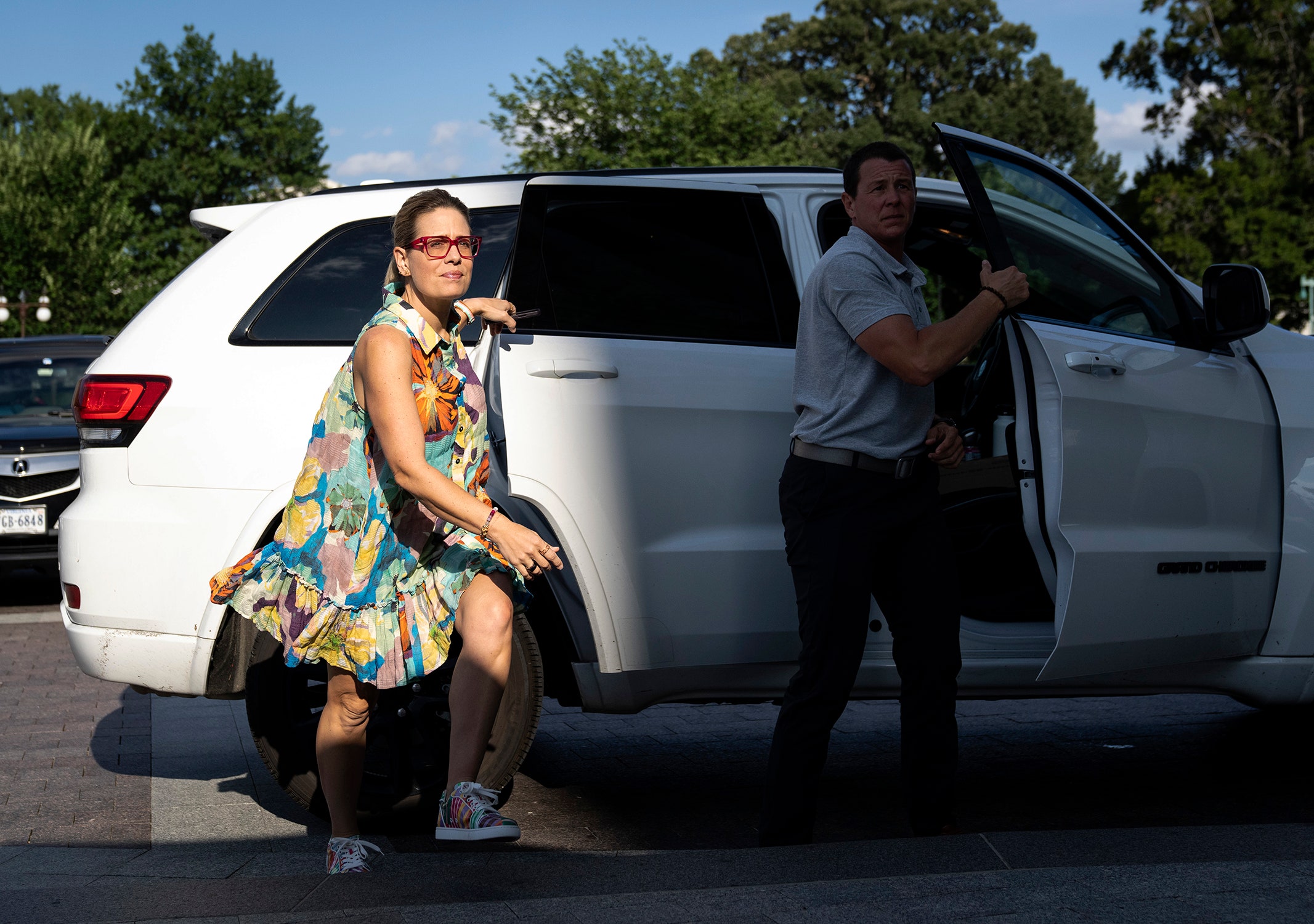 If this were a Hollywood franchise movie, we’d be at the stage where the authorities have the scary monster surrounded, and it appears to be in great danger. In Washington, the villain is the carried-interest deduction, a notorious loophole in the U.S. tax code that allows some of the wealthiest people in the country, the managers of private-equity funds and hedge funds, to pay an artificially low tax rate on much of their income. After the surprise agreement on a new reconciliation bill that Chuck Schumer and Joe Manchin reached last week, Democrats may be on the verge of effectively closing the loophole and forcing private-equity tycoons to pay higher taxes—a step that reformers have been demanding for many years.

In recent decades, private-equity financiers such as Steve Schwarzman and Henry Kravis have benefitted greatly from the carried-interest deduction. The titans of private equity typically buy and sell companies using borrowed money and cash invested by their clients. They then charge investors in their funds an annual management fee of two per cent, and also pocket about twenty per cent of any profits that the funds generate. The current tax system allows them to classify much of their fee income as capital gains for tax purposes, even though it was their clients who risked their capital. Instead of paying the top federal income-tax rate of thirty-seven per cent on this money, they pay the capital-gains rate of twenty per cent. That’s sweet.

In an era of heightened inequality and middle-class income stagnation, the carried-interest deduction is such a glaring scam that three Presidents in a row have vowed to eliminate it during their campaigns: Barack Obama, Donald Trump, and Joe Biden. With the aid of its protectors on Capitol Hill, who are mainly but not exclusively Republicans, the loophole has survived. After escaping the Obama Administration unscathed, it received a cosmetic trim in the G.O.P.’s 2src17 tax reform. Last year, as part of the Build Back Better agenda, the Biden Administration sought to eliminate it entirely. That effort perished on Capitol Hill after it ran into opposition from Senator Kyrsten Sinema, of Arizona, a recipient of campaign donations from many wealthy interests, including K.K.R. and the Carlyle Group, two big private-equity firms.

The new proposal is designed to leave the loophole in place while making it far more difficult for private-equity managers to exploit it. In 2src17, the deduction was limited to investments that firms had owned for at least three years. Since private-equity funds tend to hold their investments for four or five years before selling them, this reform had minimal impact. The new bill extends the qualifying period from three to five years, with the clock starting to run after the fund has completed “substantially all” of its investments. Since funds often take two or three years to make their investments, the holding period could effectively be extended to seven or eight years, which would exclude most private-equity investments. According to the Northern Trust Institute, a research arm of a big financial firm, the Democratic proposal “as currently structured” would apply “to almost all private equity funds and all hedge funds.”

The main question is whether this structure will survive and make it into the final version of the reconciliation bill. “The private-equity industry spends tens of millions on lobbying every year,” Steve Rosenthal, a senior fellow at the nonpartisan Tax Policy Center, told me on Monday. “Private-equity funds own companies in practically every congressional district across the country, and they weigh in, too.” With the Democratic leadership looking to pass a bill as early as this week, the effort to save the carried-interest deduction is in full swing, with trade groups such as the American Investment Council arguing that eliminating it would “hurt local investment, jobs, and pensions.”

Even one prominent Wall Street billionaire has acknowledged that there is precious little evidence these harmful effects would actually materialize. “The carried interest loophole is a stain on the tax code,” Bill Ackman, the founder of the hedge fund Pershing Square Capital, said in a tweet. “It does not help small businesses, pension funds, other investors in hedge funds or private equity and everyone in the industry knows it. It’s an embarrassment and it should end now.”

The fate of the loophole may well rest with Sinema. So far, she hasn’t commented publicly on the Schumer-Manchin agreement, but over the weekend Axios reported that she’s open to letting Republicans modify the new reconciliation bill. Since many Republican senators support the carried-interest deduction, this report, if accurate, doesn’t bode well for the latest effort to neuter it. “Will it end up being enacted?” Rosenthal asked. “I don’t know—if past is prologue, I would guess not. The private-equity lobby wins most of the time. But we’ll have to wait and see.”

In Hollywood, the monster usually survives to terrorize the populace yet again. If the carried-interest deduction survives, it will be another confirmation of the enduring power that the plutocracy exercises in our broken political system. If the deduction is finally neutered, it will be a welcome and long-overdue step in the right direction. ♦