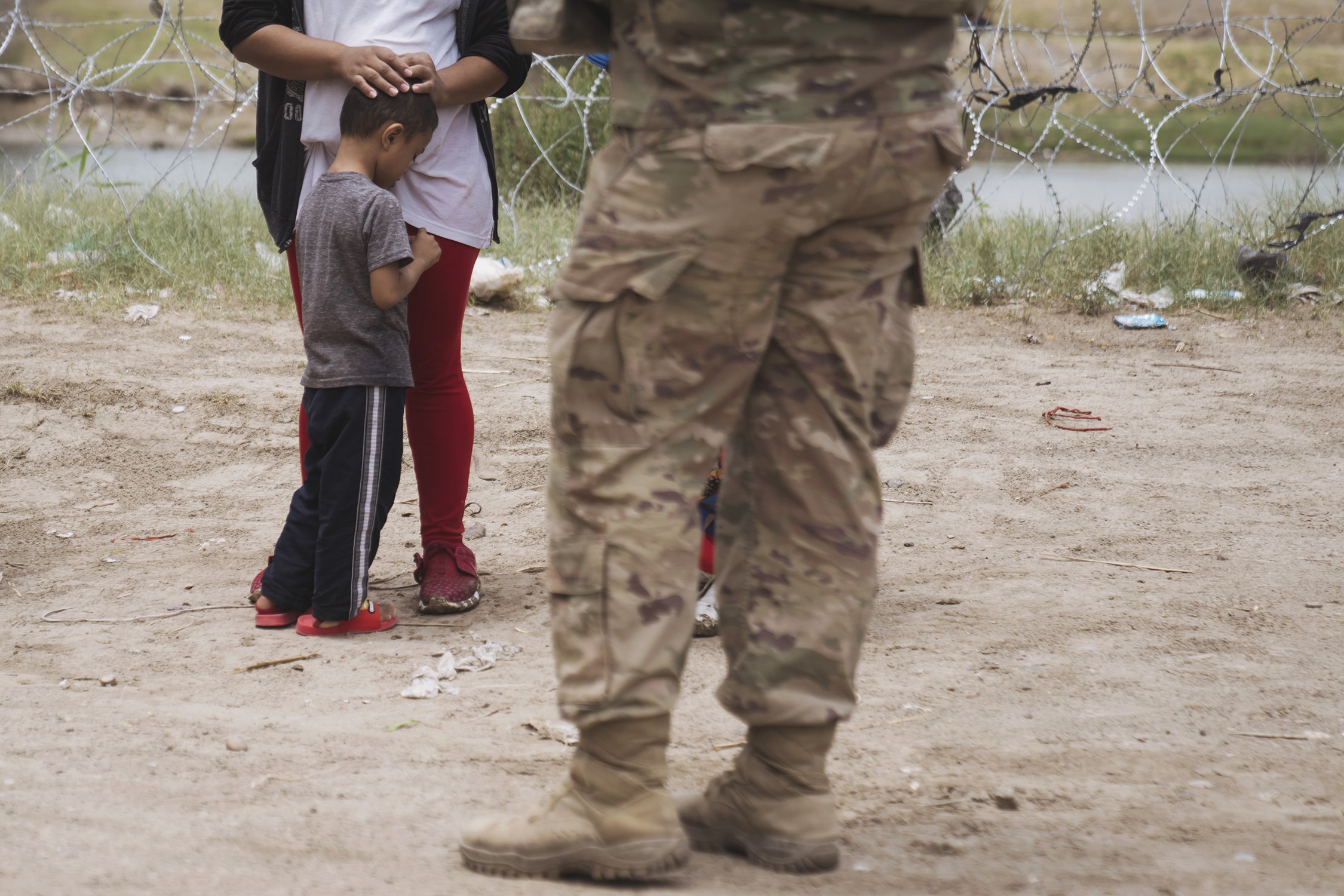 In mid-March, 2020, as Covid-19 case numbers began to rise, the C.D.C. announced that it would use Title 42, a little-known provision of the 1944 Public Health Service Act, to effectively ban most migration into the United States. “This is a public-health order that we’re operating under right now,” the Customs and Border Protection acting commissioner told reporters, in May of that year. “This is not about immigration. What’s transpiring right now is purely about infectious disease and public health.” It was a major shift in border policy, but it was also in keeping with other attempts to restrict people’s movement in the early weeks of the pandemic. Even then, however, some were skeptical about the real purpose behind the use of Title 42. The driving force behind its activation was Stephen Miller, the Trump Administration’s hard-line anti-immigration adviser. Miller had already pushed for the installment of the Migrant Protection Protocols, commonly referred to as the Remain in Mexico policy. For decades, people seeking asylum in the U.S. were admitted into the country while their cases were pending; under M.P.P., asylum seekers awaited their hearings in Mexico, often living in dangerous camps controlled by cartels. (There have been more than fifteen hundred attacks, including rapes and kidnappings, against asylum seekers waiting in Mexico under M.P.P. rules, according to Human Rights First.) Under Title 42, most migrants don’t even have the opportunity to apply for asylum.

“M.P.P. is saying, ‘You’re staying outside the country,’ ” Theresa Cardinal Brown, the managing director of immigration and cross-border policy at the Bipartisan Policy Center, and a former Department of Homeland Security official, told me recently. “Title 42 doubles down on that by saying, ‘We’re not even going to pretend to give you a process by which you might eventually stay in the country. You’re just not coming in, period.’ It was closing the border more formally than we could by building the wall.”

But there being no process for asylum applications didn’t stop people from coming. After an initial drop in the early months of the pandemic, in May, 2020, C.B.P. began registering an uptick in “encounters”—the agency’s umbrella term for apprehensions and expulsions. Since then, the numbers have continued to rise to levels not seen since the early two-thousands. Experts point to several factors for this, most notably increased violence and pandemic-related economic strife in the countries migrants are leaving. “There were people sleeping in the streets after they had been expelled and gotten dumped in Mexico. That was basically Title 42 under Trump. No processing—nobody was getting through,” Erika Pinheiro, the litigation and policy director at Al Otro Lado, which provides legal and humanitarian aid along the U.S.-Mexico border, said. Throughout the rest of Trump’s Presidency, other pandemic-inspired restrictions were lifted or adjusted, but Title 42 remained in place.

After Joe Biden was elected, the D.H.S. began to meet with humanitarian organizations, including Al Otro Lado, to plan for an expected influx of asylum cases once Title 42 was lifted. “I went to so many stakeholder meetings,” Pinheiro told me. Initially, she said, it sounded as though the Administration would end the program imminently: “We were doing operational planning. We thought, They’re going to have processing; it’s going to be dignified. We had all these high hopes.” But, in the ensuing months, as Biden continued to expel migrants under Title 42—albeit with new exemptions, including for unaccompanied children—Pinheiro grew disillusioned. Soon, it seemed to her that, rather than winding down, expulsions under Title 42 were ramping up. “The right-wing media had this Biden-open-borders framing from the very beginning. Instead of creating an orderly process that would negate that in practice, the Biden Administration really bent to the political pressure and stepped up expulsions under Title 42,” Pinheiro said. (The share of encounters resulting in expulsion decreased under Biden, but, because of the increase in total encounters, he has presided over nearly three times as many expulsions as Trump.)

With most legal channels still blocked, asylum seekers continued to make difficult choices. Some attempted to cross the border anyway, often via risky routes in remote areas. (The rate of C.B.P. rescues per apprehensions hit a ten-year high in 2020.) Others remained in camps in Mexican border cities, hoping they would eventually be allowed to apply for asylum. The uncertainty and lack of clear messaging from the Biden Administration fed the dangerous conditions in the camps, Pinheiro said. “Cartels and organized crime stepped into that information void. That really exacerbated security concerns on the ground. I had organized crime groups selling my phone number, or cloning my phone number and pretending to be me.”

Last month, the C.D.C. announced that it would lift Title 42 on May 23rd. The move made sense, considering that pandemic-inspired restrictions are evaporating from nearly every other sphere of life. D.H.S. said that, as a result, it expected a temporary influx at the border, and that it was preparing for as many as eighteen thousand people a day. According to Pinheiro, it’s a flow the agency should be able to handle. “They’re larger than every other federal law-enforcement agency combined,” she said. “They have the capacity for humanitarian processing. If they treat everyone the way they treated the Ukrainians, we’ll clear this backlog in a matter of weeks.” But conservatives likened the looming end of the program to Armageddon, “an utter nightmare and illegal-immigration apocalypse,” and “the Hindenburg crash[ing] into the Titanic.” A number of moderate Democrats have also objected. The Arizona senators Kyrsten Sinema and Mark Kelly wrote an open letter to Biden saying that Title 42 should remain in place “until you are completely ready to implement and coordinate a comprehensive plan that ensures a secure, orderly, and humane process at the border.”

Since 2005, when President George W. Bush launched Operation Streamline, the U.S.’s primary approach to unauthorized immigration has been punishment, often via criminal prosecution. Migrants have regularly faced charges, either for illegal entry (a misdemeanor) or, if caught crossing repeatedly, for illegal reëntry (a felony). Under Title 42 protocols, though, people caught crossing illegally did not face prosecution; instead, many were driven to the nearest port of entry and instructed to walk back to Mexico, sometimes just hours after they were apprehended. Given the dangerous conditions in Mexico, many of those expelled ended up trying to enter the U.S. again. In 2019, just seven per cent of the unauthorized migrants that C.B.P. encountered were repeat crossers; in 2021, more than one in four were. Some migrants attempted to cross the border multiple times in a day. Last year, a man in Tijuana told the San Diego Tribune that he’d lost track of how many times he’d tried to cross the border in recent weeks, but he guessed it was around thirty. This rise in recidivism is important context for the oft-repeated claim of “record-breaking” numbers of border apprehensions. “The actual number of unique individuals attempting to cross the border was substantially lower than total encounters,” C.B.P. noted, in a year-end report.

Some of the loud voices insisting that Title 42 remain in place act as though the program is necessary for border security. But, far from insuring security, Title 42 has made the southern border a more arbitrary and chaotic place. “If you close off legal pathways, of course there’s going to be chaos,” Pinheiro said. M.P.P. has empowered cartels in northern Mexico, and C.B.P. has acknowledged that rapid expulsions under Title 42 have made it more difficult to gather intelligence about the groups. The consequences of Title 42 occasionally erupt into the national news, including last September, when thousands of Haitians, prevented from applying for asylum, huddled under a bridge in Del Rio, Texas. But for Pinheiro, who mainly works in Tijuana, the damage is visible on a daily basis. “Last week, one of our employees was escorting asylum seekers to the point of entry, and she was held up at gunpoint by someone who threatened to kill the asylum seekers if she didn’t give him everything she had,” Pinheiro said. “Yesterday, a Haitian woman was killed here. It’s just been horrific. But this is pretty much the future, until Title 42 is lifted.”

When I spoke to Brown, I told her that Title 42 seemed to be less an approach to immigration than an abdication of any responsibility for it. “Exactly,” she said. “Instead of rethinking how we manage migration at our border, we just want to put in place policies that stop it. The problem is that those policies have not significantly stopped the migration, right? The numbers are as high as they’ve ever been.” The idea behind M.P.P. and Title 42 is that, if we refuse to offer legal pathways to people seeking asylum in the U.S., they will stop coming. “Deterrence is effective in inverse proportion to the desperation of the migrants,” Brown said. “What we’re seeing is a much, much, much more desperate group of migrants coming to the border. You’re in a race to say, basically, things are worse for you here than they would be where you’re leaving. And if they truly believe that they will be killed, or their children will be murdered, it’s hard to deter against that.” Brown believes that deterrence has its place. “But,” she went on, “continuing to rely on it as the primary border strategy is becoming less and less effective. We need to rethink whether treating everything as a law-enforcement matter is the right strategy here.”

On Friday, a federal judge blocked the Administration’s attempt to end Title 42. The Justice Department appealed the ruling, but behind the scenes, Politico reported, some Biden aides were relieved. It’s hard to imagine that a comprehensive plan to improve the situation is forthcoming soon; Congress hasn’t passed a major bill addressing immigration since 1990, and Republicans stand to gain by fearmongering about the border. This spring, twenty-six Republican governors—all but two from states that don’t border Mexico—formed the American Governors Border Strike Force, ostensibly to share intelligence but perhaps also to extend an opportunity for hardline posturing to non-border politicians. In a midterm year, Democrats seem nervous to do anything that might get them smacked with the “open borders” label. Pinheiro said she’s worried that Title 42 is here to stay, exacerbating the very problems it claims to address. “So many people have a vested interest in the chaos narrative,” she said.