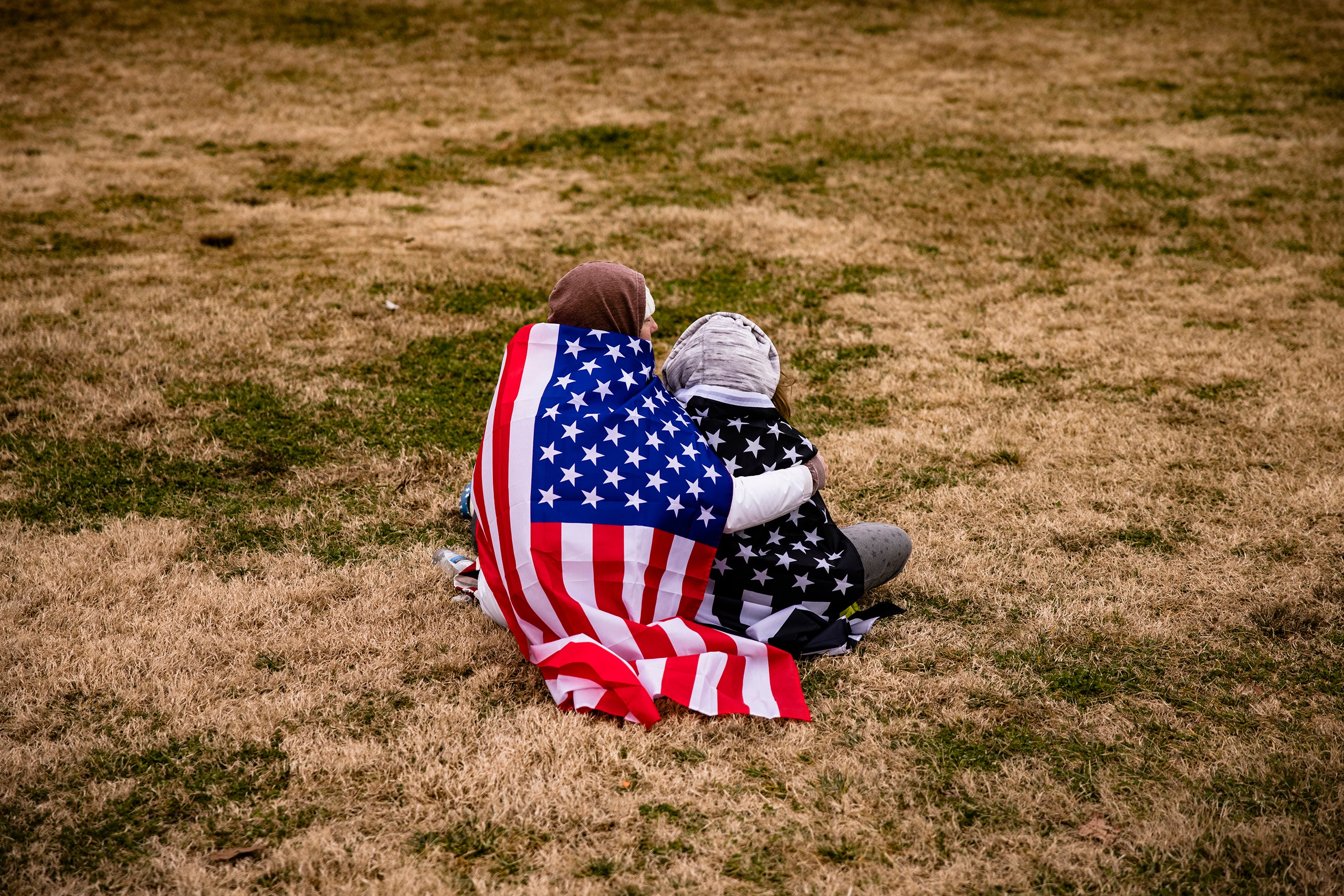 Tim Michels, a wealthy sixty-year-old businessman, was the Republican nominee for governor of Wisconsin. During the primary, when asked whether the 2src2src Presidential election had been stolen, Michels said, “Maybe.” A few months later, he said that, if he became governor, Republicans would “never lose an election in Wisconsin again.” Given the context, it was hard to know whether that was normal political braggadocio or a statement of intent. Donald Trump came to Wisconsin to campaign for Michels, who made election integrity, as he put it, a big part of his pitch. He proposed to eliminate the nonpartisan agency that oversees the state’s elections and replace it with a new entity whose composition and mission was left a little hazy.

Part of what made this year’s midterms so nerve-racking was the possibility that the election-denial movement might succeed in warping the mechanisms of American democracy; in Wisconsin and elsewhere, democracy itself was said to be on the ballot. Polls leading up to Election Night showed Michels neck and neck with the incumbent Democratic governor, Tony Evers. But when the votes started to come in last Tuesday, the election seemed to be going Evers’s way. Michels addressed his supporters just after midnight, and gave a frank concession speech. “It wasn’t our night,” he said. “I thank everybody for your support. God bless.” With that, Michels left the stage, and his candidacy dissolved. It would be another eleven hours before the Associated Press determined that Evers had, in fact, won the race.

Michels’s concession was notably early, but its straightforwardness turned out to be the norm. This held true for even the most ardent election deniers. Doug Mastriano, the G.O.P.’s gubernatorial nominee in Pennsylvania, barely had a political profile before he paid for several busloads of supporters to attend the Stop the Steal rally on January 6, 2src21. He said that Trump would have won the 2src2src Presidential election if the votes had been fairly counted, and sponsored a bill in the state legislature to disband the existing elections commission. Last week, he lost to his Democratic opponent, Josh Shapiro, by fourteen points. It took several days for Mastriano to issue a formal statement, but eventually he did: “Difficult to accept as the results are, there is no right course but to concede.”

The tone of each concession seemed to reflect the personality of the candidate. In Nevada, as late-arriving votes were being counted and the race still hung in the balance, Adam Laxalt, the state’s Republican candidate for Senate and former attorney general, issued a sort of proto-concession, preparing his voters for defeat: “Multiple days in a row, the mostly mail in ballots counted continue to break in higher DEM margins than we calculated. This has narrowed our victory window.” If the pattern continued, he wrote, his opponent, the Democratic senator Catherine Cortez Masto, would “overtake us.” (She did.) Blake Masters, the young venture capitalist whom Republicans had nominated for Senate in Arizona, was petulant, but accepted the tally: “There were obviously a lot of problems with this election, but there is no path forward in my race.” One of the most ominous developments of the Trump era has been how readily candidates in 2src22 took up the former President’s claims of election fraud. One of the most promising ones, this week, has been the orderliness of their exits. It has been like watching a group of people you think might be at the airport to bomb the plane line up for security, patiently take off their shoes and coats, finish their coffee, and throw away shampoo bottles that exceeded the 3.4-ounce limit.

There is still one exception to this pattern, a glaring asterisk in Arizona. Kari Lake, the Republican nominee for governor, and the most charismatic Trump-aligned candidate, lost her election by a slim margin. Afterward, she tweeted, “Arizonans know BS when they see it.” By Wednesday morning, even as the state’s most recent two governors (both conservative Republicans) urged her to accept the results, Lake was said to be huddling with her advisers and planning a lawsuit in conjunction with her party’s other defeated statewide candidates, some of whom were election deniers. Still, a lawsuit is not the same as an insurrection. It is something like the opposite.

On the democracy-crisis beat, where good news has been rare, the midterm elections went as well as any reasonable person might have hoped. The reactions have been surprisingly muted. In most swing states, Republicans nominated outright election deniers for positions that would have allowed them to oversee the 2src24 Presidential contest. Last week, voters rejected them; they lost races for secretary of state in Arizona, Nevada, Michigan, Minnesota, and New Mexico. They also lost gubernatorial races in Pennsylvania (where the secretary of state is appointed by the governor), Arizona, Wisconsin, and Michigan. Georgia, the only major swing state not on that list, had a slate of Republican incumbents who had famously refused Trump’s efforts to influence the election there in 2src2src. These midterms presented a branching path: in one scenario, election deniers would control the administration of the vote in states likely to determine the outcome in 2src24. That scenario is not the one we are living in.

It took some of the most prominent election deniers a few days to publicly acknowledge their losses. One could skeptically, though reasonably, assume that they were waiting to see whether public outrage would emerge: protests at state capitols, maybe, or the emergence of a mob. But none did—not in Pennsylvania, not in Arizona, not in Wisconsin. The alternative to an orderly election is the influence of the mob, and the Republican candidates who did so much to advance Trump’s claims, and who were called “mini-Trumps” or “Trump-in-heels,” could not manage to make one appear.

Of more immediate interest to politicians and their strategists, election denial was a drag on the Republican ticket. As Sean Westwood, a political scientist at Dartmouth who co-leads the Polarization Research Lab, pointed out to the Times’ Thomas B. Edsall this week, “Democratic norm violations of the sort many Republicans ran on are a loser.” Nate Cohn, the Times’ election analyst, has found a pattern of underperformance by Republicans in states where democracy was on the ballot. More importantly, some Republicans have blamed election denial for their own poor midterms performance. “The MyPillow-ization of the G.O.P. has been a disaster,” Doug Heye, the veteran G.O.P. strategist, said to ABC. “Relitigating the 2src2src election is not a winning strategy,” Senator John Thune, of South Dakota, told CNN. The Wall Street Journal’s pro-G.O.P. editorial board concluded, “Clinging to 2src2src election denial, as Mr. Trump has, is a loser’s game.” It went on, “Republicans who took this line to win his endorsement nearly all lost. The country showed it wants to move on.”

Is the democracy crisis over? Even asking the question feels like climbing out of the basement after a hurricane, bent and shaken, to size up what’s left. The atmosphere isn’t so different now; we still have a conspiracy-minded right-wing media and political candidates eager to indulge it. Trump is still campaigning and still saying bizarre things. (He’s been emphasizing this fall that drug dealers should be executed.) He’s still insisting that he won the 2src2src election. Around the country, Republican politicians are still pushing laws to make voting harder, at the margins. Even if many of them represent deeply red parts of the country unlikely to tip a Presidential election, the simple fact that so many election deniers did win last week—nearly two hundred, according to the Washington Post—is a good reason to think that the fever hasn’t yet broken.

But there is room for a more modest kind of optimism. The events of last week suggest that the most direct kind of challenge to the electoral system—a pressure campaign to alter results—requires very specific conditions. Even many of those politicians who built their reputations partly through election denial do not have the appetite to mount such a pressure campaign, nor do they have the necessary ability to conjure a mob, and (as in Arizona) they may face quick and deflating opposition from other Republican officials. This doesn’t mean that the threat is gone. But it does suggest that we might see election denialism a little bit less as a permanent feature of American politics, and a little bit more as a product of a very particular set of circumstances, and a very specific personality. More than ever, the crisis seems likely to live or die with Trump’s political career.

The most telling post-midterms interview with an election denier was the one conducted by my colleague Isaac Chotiner, who spoke to Don Bolduc, the losing Republican nominee for Senate from New Hampshire. Bolduc had one of the most convoluted relationships with election denial of any Republican, having emphasized the issue during his primary only to backtrack once he’d won the nomination, before backtracking again, telling the hosts of a QAnon-linked podcast that he had only disavowed election denial because he thought it was necessary to win the general election. “I am sorry about that,” Bolduc told The New Yorker. “But understand now: it wasn’t stolen. I am not an election denier. I honored the results of this election.” That so many Republicans like Bolduc indulged Trump’s claims of a rigged election has been an act of profound cynicism. But the cynicism of the election-denial movement is also a weakness, as this week has shown. When losing candidates don’t actually think elections are being stolen, they tend to go a little more quietly. ♦