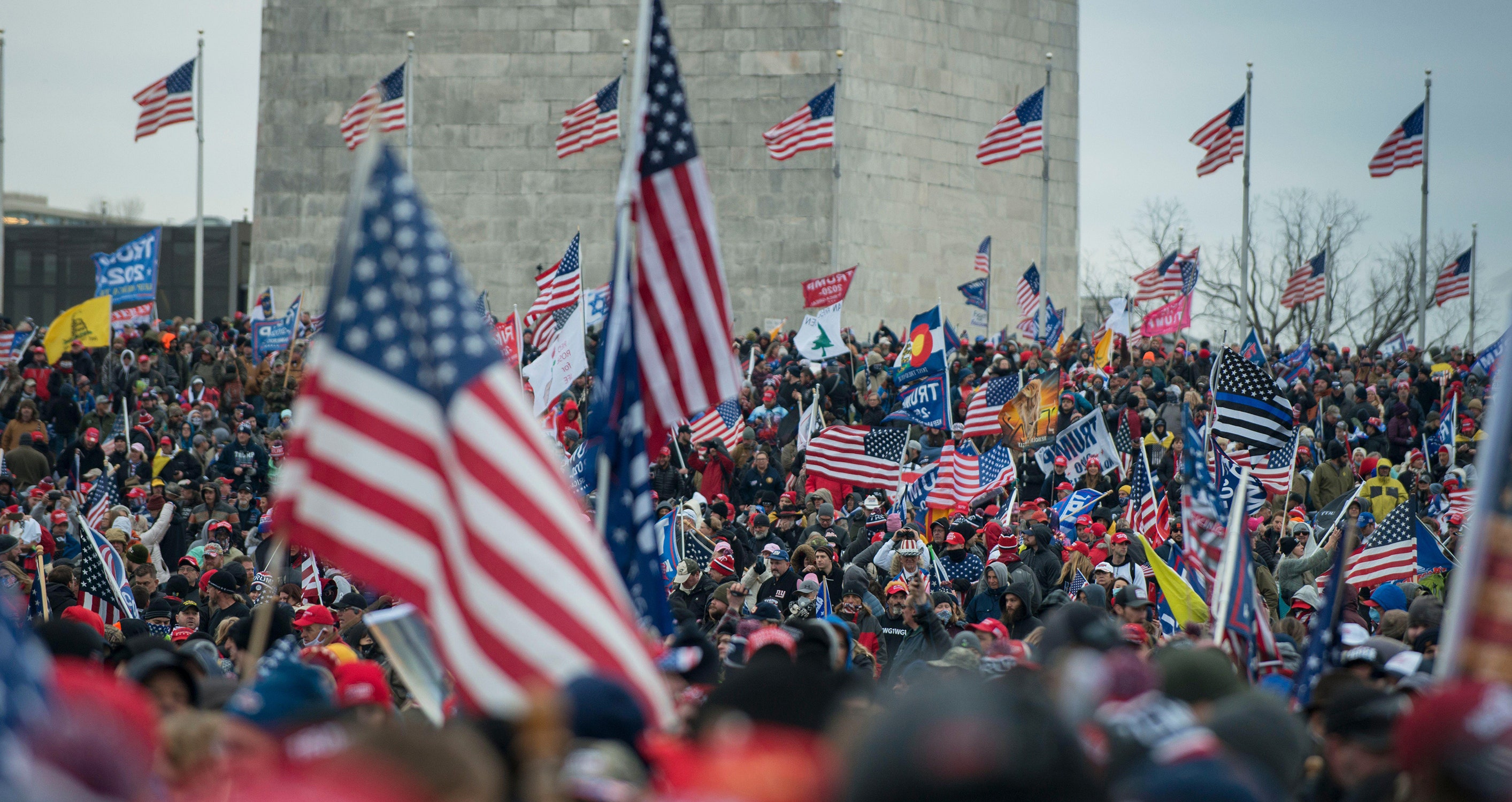 This piece originally appeared in our Daily newsletter. Sign up to receive the best of The New Yorker every day in your in-box.

This week, Andrea Bernstein and Ilya Marritz write about the divergent paths and continued defiance of two participants in the January 6th insurrection at the Capitol, one recently convicted for his role, the other awaiting trial. As Congress holds its first prime-time hearings on the attack, their stories illustrate the consolidation of right-wing extremism in the United States. Bernstein and Marritz are the hosts of “Will Be Wild,” from Pineapple Street Studios, Wondery, and Amazon Music, an eight-part podcast that explores what happened before, during, and after the attack.

The newsletter editor Ian Crouch asked Bernstein and Marritz to share what they learned during their reporting, and what they expect from Thursday night’s hearing of the January 6th House select committee.

The two defendants in your story, Guy Reffitt and Jessica Watkins, are very different people, who took different paths to arrive at the Capitol on January 6th. What did their stories help you to understand about the insurrection?

Ilya Marritz: One of the things that surprised me the most in the course of our reporting was just learning that Reffitt and Watkins had become good friends in prison. We were already following each of their backstories. And they’re pretty different. Watkins is an Army vet and a trans woman who had a hard time finding her way in life. Reffitt is more of a conventional family man, who worked his way up in the oil business, and an “alpha male,” according to his wife. And, yet, in jail, here’s Watkins educating Reffitt about her pronouns, and forging a real bond. Reffitt’s wife, Nicole, was impressed.

One of the through lines we saw among the rioters we researched is that people who were connected with militia movements felt called to patrol the streets during the racial-justice protests of 2020, in part because Donald Trump was describing the protesters as “terrorists.” So, a few months later, when Trump called his supporters to the Capitol to contest an election he falsely said was stolen, people like Reffitt and Watkins felt it was their duty to respond.

You write that “polls show that the proportion of Americans who believe that violent attacks against the government can be justified is rising.” One of the things you identify that has helped fuel violent conspiracism is the COVID pandemic. What about the pandemic do you think has contributed, and what other factors are at play?

Andrea Bernstein: Very early on in our reporting, Elizabeth Neumann, the former Assistant Secretary for Counterterrorism and Threat Prevention at the Department of Homeland Security under Trump, spoke to us about COVID radicalization. She’d been working in the counterterrorism field almost since she was right out of college, in the early two-thousands, and over the years had studied the conditions that lead to radicalization, particularly under Osama bin Laden and ISIS. And there was a connection: individuals who had few resources to deal with social stressors were subject to radicalization. Those factors were almost always exacerbated by social isolation, and, as the years went by, social media. Neumann told us that when the pandemic hit, she was immediately on the alert for this and tried to warn her higher-ups. Neumann had described this pattern to us before we had spoken to Reffitt or Watkins, but as we traced their stories, and in particular Reffitt’s, it struck us how Reffitt’s wife, Nicole, described exactly that, how her husband spent more and more time online during the pandemic, becoming attracted to the Three Percenters militia group. As Neumann and other experts told us, the pandemic made people lose their bearings and increasingly open to online misinformation and disinformation.

Representative Liz Cheney recently said she is convinced the attack on the Capitol was part of a “well-organized” and “chilling” conspiracy. You’ve been reporting on this for your podcast. What do you think most people misunderstand or perhaps underestimate about the scope of this?

A.B.: One of the biggest reactions we’ve gotten as our reporting has progressed is “I didn’t know there was anything more to learn about January 6th.” It’s an event most Americans saw some or all of on television or via contemporaneous social media, and somehow believed they ingested. But we’ve learned so much since then. For example, there were quite a few Trump allies who conveyed some version, after the election, of, “This is Trump just dealing with the drama of losing.” But we now know that Trump tried to block the peaceful transfer of power, including by trying to get the Justice Department to investigate “fraud” and to stop the electoral-vote count; trying to change the vote count in Georgia; trying to influence state elected officials to reject the results; pondering having D.H.S. and/or the Department of Defense seize voting machines, etc. So that’s one misunderstanding: that this was anything less than an almost-coup.

Another misunderstanding is that this is behind us. As our reporting shows, January 6th was the beginning of a consolidation of extremist views. As John Cohen, the former acting chief of intelligence for the D.H.S., told us for our story, “I am really fucking concerned about where we are.”

I.M.: The Department of Justice has brought a number of conspiracy cases around the riot, including the seditious conspiracy case that Jessica Watkins is a part of. Just this week, the D.O.J. indicted the Proud Boys leader Enrique Tarrio and others for a second seditious-conspiracy case, and the indictment referenced the Oath Keepers. I’d really like to know more about connections between and among the alleged conspiracies, and more about their links to the White House and to Trump. We know Tarrio visited the White House in December, 2020. We know Stewart Rhodes, the founder of the Oath Keepers, allegedly tried to get Trump on the phone on the afternoon of January 6th. He called an intermediary, who did not connect them. But he thought he could get through, or might get through. Why? The answer to that question could be really telling. Also, who was the intermediary?

Do you think that the prime-time congressional hearings beginning on Thursday will produce the kind of evidence or new information that could upend entrenched political priors about January 6th and what has followed? Or maybe it is a mistake to think about these legislative investigations in purely political terms. What other purposes do they serve?

I.M.: I’m skeptical about the potential to move public opinion, or to shift the dynamic inside the Republican Party. We saw the riot on TV, and members of Congress experienced it in real life. Everyone has pretty much settled on the story they believe about why this happened and what it means.

But the House select committee’s work is the only holistic, official government report we’re likely to get about the riot. It’s different from the 9/11 Commission in lots of ways, but, similarly, the committee has the opportunity to set down a record through testimony and documents. I will watch it closely as a journalist, and just as a citizen, because I want to understand the causes of this colossal failure.