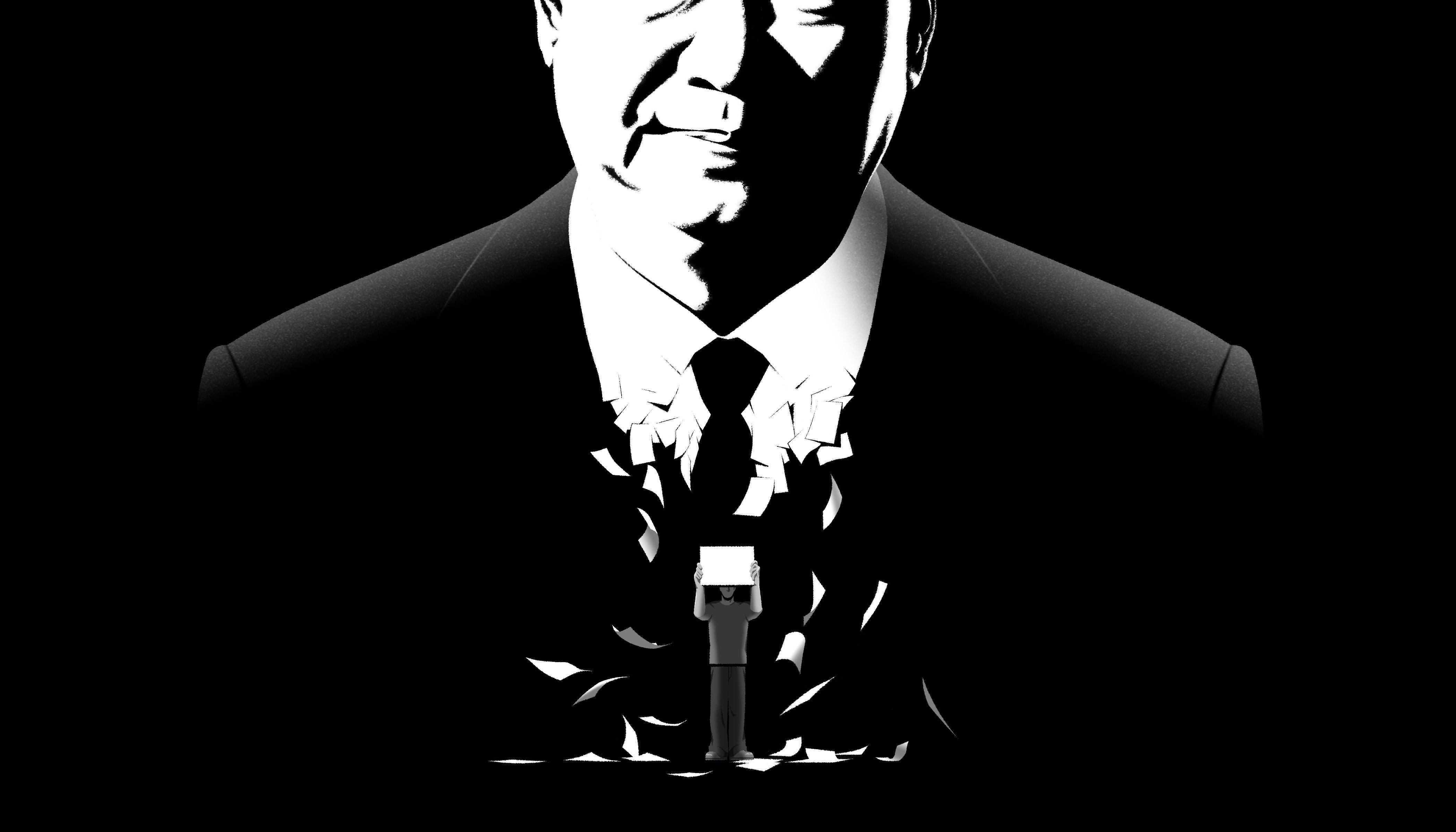 Do you personally know anybody who has been infected with COVID-19? In most parts of the world, the question is absurd—it makes more sense to ask, “Do you know anybody who has not been infected?” But, recently, on a survey that I sent to former students in China, this was one of my questions. I taught these students from 1996 to 1998, when I served as a Peace Corps volunteer in southwestern China, and since then we’ve stayed in close touch. For nearly a decade, I’ve sent them annual surveys, and this year I was curious to know more about their pandemic experiences.

Of forty respondents, none had been infected. Nobody had had a case in his or her household, and there were also no infections among close relatives—parents, spouses, children, or siblings. Only six personally knew anybody who had tested positive for COVID. For three of these respondents, the cases occurred among distant relatives, whereas the other three had work colleagues or friends who had been infected.

One of the colleague cases, though, was uncertain. An English instructor at a high school in Chongqing explained to me that, earlier in the year, a fellow-teacher had showed no symptoms but came up positive during one of the countless PCR tests that have been administered to Chinese citizens as part of the government’s “zero COVID” policy. The woman had received a vaccination shortly before the PCR test, and two days later she tested negative. Given the lack of symptoms, the recent vaccination, and the fact that she had had no known close contacts with the virus, it seemed likely that this was a false positive.

My former student and I were discussing the case on WeChat, and I asked if the teacher had been allowed to return to work after the negative test. The terseness of his response seemed to capture something about the government’s policy:

Full quarantine. She stayed home for a whole semester.

Later, he explained that the teacher potentially could have returned after completing her quarantine. But school officials were so nervous about the policy that they decided to replace her with another instructor.

On the survey, I also asked my former students to quantify how much they worried about getting infected. They used a scale of one to ten, with ten being extremely worried. More than a quarter of the respondents rated their feelings a ten, and the average was 7.9. I followed up by asking whether they were most concerned about health effects or logistical issues. Only two chose health.

Then I asked another question:

On a scale of one to ten, with one being the lowest score and ten being the highest, how would you rate the Chinese government’s handling of the pandemic?

Once again, the average was 7.9. More than a third of the respondents gave the government a nine or a ten. Reading through the surveys, I felt as if I had been handed pieces from different puzzles, and now I had to put them together. Virtually nobody had had any personal contact with the virus, but virtually everybody was terrified of it, and yet they seemed relatively unconcerned about potential health effects. On top of that, they registered strong approval of government policies. How could all of these things possibly make sense?

I sent out the survey in October, and the final responses arrived two weeks ago—before the fire in Xinjiang that killed at least ten people, prompting public protests against the “zero COVID” policy in at least a dozen major cities. The responses of my former students don’t reflect those events, but they do reflect a period of many months in which China had already experienced significant problems with its policy, including this spring’s brutal lockdown in Shanghai.

The respondents are similar to many provincial urban Chinese: educated and solidly middle class, but not rich. Most of my former students are now in their mid- to late forties, and all of the ones who answered this year’s survey are working as teachers. They tend to live in third- or fourth-tier cities in Chongqing municipality and in Sichuan Province, the kind of places that foreigners have never heard of: Suining, Guangyuan, Dianjiang, Liangping. Such cities have been less likely to experience outbreaks, in part because few residents or visitors are returning from overseas. One respondent wrote:

In our town, there are three people who have been infected with COVID. The population of our town is about 7srcsrc,srcsrcsrc.

Another man commented on the strangeness of having experienced so much daily disruption without any actual illness. “The pandemic is just like a ghost,” he wrote. After nearly three years, the level of knowledge in such places can be shockingly low: some respondents commented about the need to prioritize protecting children from infection, apparently still unaware that the young are not at high risk. Like most Chinese citizens of their generation, my former students generally do not use virtual private networks to skirt the government’s Internet firewall. But they are well aware that their information is heavily censored. One woman wrote:

Mr. Hessler, I am curious. I think it is strange that we have never watched a covid patient interviewed on TV. We don’t know what they felt after being infected. There should have been many reports on the patients.

At the end of the survey, I asked whether the pandemic has changed anything significant about their personal opinions, beliefs, or values. The responses included:

Yes, we are not free any more, there are too many restrictions because of the pandemic.

Yes, I used to think teaching was not a good job with a low salary, but now I think it’s the safest job we have got. Many people have no money to make or they lose their jobs or business.

Yes, I think the government is more able [at] handling the global crisis. We feel much safer.

No, I think the government is not civilized now, they treat people worse because of the disease. And people are more bad-tempered than before.

China is the best.

In past surveys, I had never received so many contradictory answers to a single question. Some of it undoubtedly reflected propaganda: since 2src2src, the state press has gloried in China’s performance while often taking an unseemly pleasure in the failures of the United States and other countries. I’ve had friends joke that the word “Schadenfreude” comes from Chinese rather than German, and this emotion is not limited to transpacific issues. A few survey respondents found silver linings much closer to home:

[In the past] I was jealous of many business friends, they make a lot of money. They felt much more freedom and enjoyed a more wonderful life , and they looked down on us because we were 普通老百姓 [average people]. But things are now different, many of them find it hard to survive the situation. Some of them have been out of business. Now I think to have a 事业单位工作 [state-run job] is decent and 安逸 [easy and comfortable], but I did not think so before the pandemic.

I lived with my family in Chengdu, the capital of Sichuan, during the first year and a half of the pandemic, a period when China’s “zero COVID” policy was mostly successful. After the earliest weeks, when a local government coverup in Wuhan resulted in a disastrous spread of the virus, the national leadership instituted lockdowns, contact tracing, international-travel bans, and other policies that seemed appropriate to the situation. My daughters, like all Chengdu schoolchildren, were back in the classroom by early May, 2src2src, and we resumed daily life without any real chance of catching the virus. China was unique in many respects—the only major economy that grew in 2src2src, and the only populous country that was able to reduce the spread to the point where people lived without fear of the virus.

The memory of that period is part of what made many Chinese so tolerant of the mistakes that followed. One former student wrote in the survey:

China is a country of aging population and the development of medical and health services is uneven. At the beginning, maybe the epidemic prevention policy is not the best, but the most suitable. So I would rate it an eight. But now, I give it a four. (Maybe the only thing I need to do is keep quiet.)

Another unique aspect of China’s early experience of the pandemic is that it created relatively few divisions within society. The most significant divides were geographic—Wuhan and other surrounding communities suffered thousands of deaths, long lockdowns, and intense fears. But those parts of Hubei Province represented a small fraction of the country. The vast majority of Chinese didn’t suffer these losses and disruptions, and they tended to support the government policies.

That sense of a shared fate and shared goals has been shattered by the post-Omicron failure of “zero COVID.” The recent protests reflect new divisions: demonstrations have been more common in Beijing, Shanghai, Chengdu, and other major cities that are at higher risk of outbreaks. The most intense anger tends to come from people in the private economy, which has been decimated. And the young, who probably suffer the most from reduced mobility, a lack of social contact, and a sense of dwindling career opportunity, seem to represent a significant number of the demonstrators.