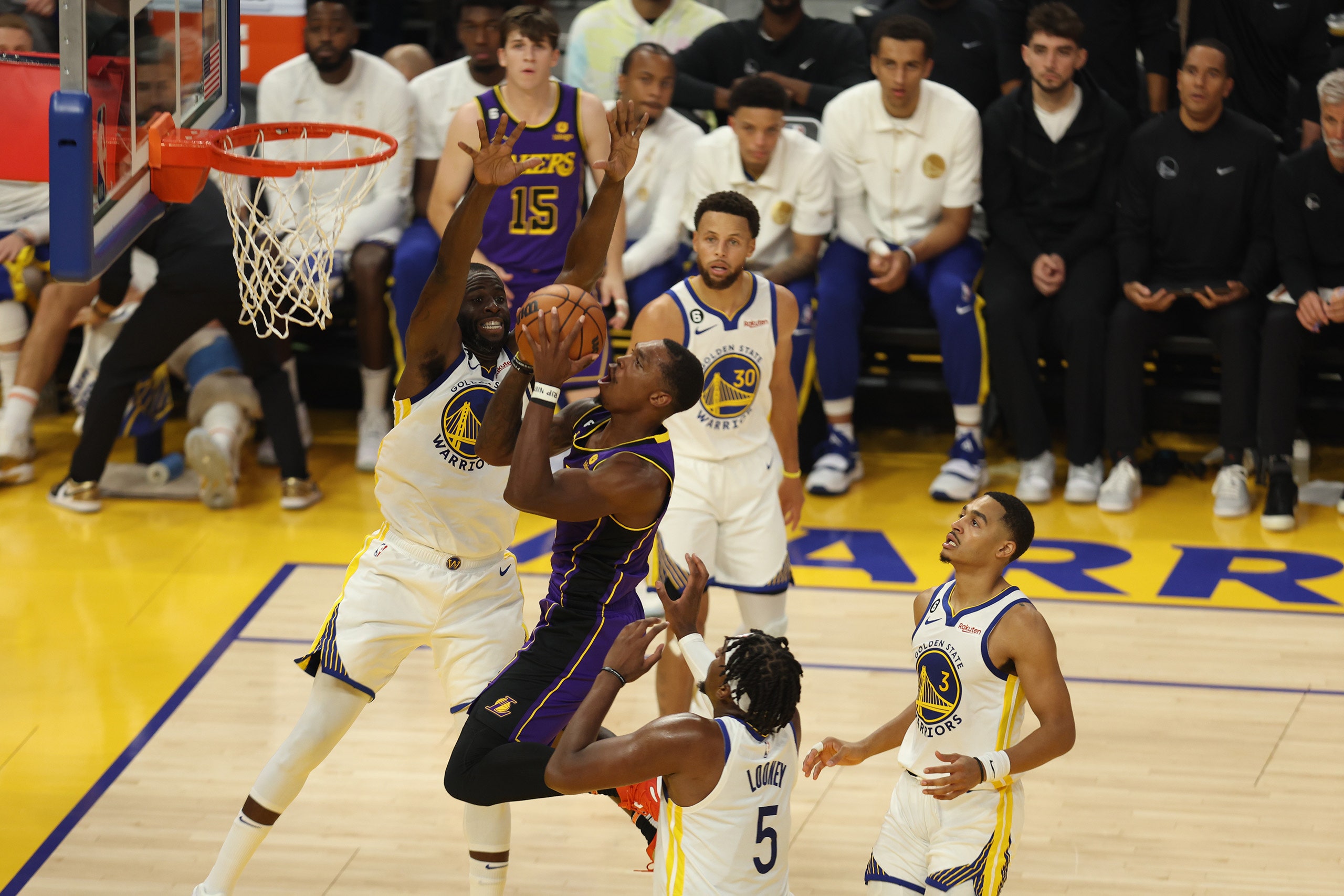 Last June, after the Golden State Warriors defeated the Boston Celtics to win the N.B.A. championship, the Warriors’ players pulled on ski goggles to protect their eyes from the spray of champagne, popped the corks, and began a chant: “Fuck Draymond.” They were echoing, gleefully, a taunt directed by the Boston crowd during Game Three at the Warriors’ Draymond Green. “Fun moment,” his teammate Kevon Looney said afterward. “Draymond been yelling at us all year, too.”

Green had just delivered a classic performance to close out the finals: twelve points, twelve rebounds, eight assists, two steals, two blocks, and immeasurable intangibles. It has always been impossible to describe precisely his contribution to the Warriors’ dynastic success. Green seems not only instinctively aware of how to manipulate the physics of basketball with his large body—using it as a lever, barrier, fulcrum, force—but intellectually aware of it, too. His defensive focus and his offensive role as a facilitator are critical to the Warriors’ free-flowing style, but when people talk about his value to the team they are usually talking about what doesn’t show up in his stat line. He is both the team’s diesel source of intensity and its master of tactical savvy and execution. More than once, the Warriors’ coach, Steve Kerr, has called Green the team’s “heart and soul.”

These days, all good professional sports teams are lauded for their “culture,” and no N.B.A. team has been more successful in the past decade than the Warriors, or more praised for its approach. “The Golden State Warriors have the best culture in basketball,” Kendrick Perkins said on ESPN’s “NBA Today” in June, after the Warriors won a key finals game. Kerr’s leadership is touted by business execs on LinkedIn and in Forbes; Harvard Business School produced a case study called “Steve Kerr: Coaching the Golden State Warriors to Joy, Compassion, Competition, and Mindfulness.” The players and coaches talk about it, too—about the importance of selflessness, and of fun. There is surely some truth to it; just watch Steph Curry scamper around the court, sinking impossible shots, and try not to smile. Or just ask Andrew Wiggins, who came to the Warriors after several disappointing years with the Minnesota Timberwolves, and who still has the slightly stunned air of a shipwreck survivor.

Still, there are analysts who sniff at the emphasis on team chemistry and organizational culture—which can’t easily be measured and often serve as a branding exercise as much as anything. (The Warriors may have strength in numbers, but that slogan is also an advertising campaign.) Perhaps the even bigger problem is how much—when it comes to coaching and practice and discipline—we never see. The temptation is to think that winning cannot coexist with dysfunction, or that winning is a sign of some kind of nobility, of behaviors and attitudes that are morally good. And none of that is really true.

When, earlier this month, it was reported that Green, who is thirty-two, had been in an “altercation” with his younger teammate Jordan Poole, he was extended the benefit of the doubt by many fans. It was a heated moment, presumably, and tempers flared; an “altercation” can really mean anything, and Green’s short fuse is no secret. Then a video of the incident was published by TMZ, and it showed what really happened: Poole had been watching his teammates at practice, seemingly talking but not appearing to greatly bother anybody else, when Green came over to him and got in his face, leaning into his body; Poole pushed him back, and Green punched Poole in the head, fully extending his right arm. After the video went viral, Green apologized and announced that he was taking a few days away from the team. He was fined. He was not suspended. He also called the leak of the video “bullshit.”

Green is famous for his intelligence, but also for his attitude—always competitive, but only sometimes joyful, mindful, and compassionate. There have been frequent, well-documented eruptions of anger: cheap shots and ejections, confrontations with his own teammates and coaches that have spilled into the public (and also, surely, some that have not). That is true when the Warriors are winning, and true when they aren’t. During the finals against Boston, Green was at times unplayable—he was benched late in the fourth quarter of Game Four, having accumulated, in those first four games, more fouls than points. Perhaps he was running up against his physical limits. He has played ten seasons—more than eight hundred games. And perhaps he kept up the antics simply because he could: chipping away at Grant Williams (“You want to be me,” Green was overheard saying); tussling with Jayson Tatum; tangling Jaylen Brown on the ground and, with one technical foul already called on him, practically daring the referees to throw him out. (“I’ve earned differential treatment from refs,” he later said. “I enjoy that. I embrace that.”) There were also moments, some of them critical, in which he almost single-handedly undermined the Celtics’ play, unnerving Brown, finding Curry on offense and feeding him the ball as only he can. In the final game, especially, he was everything and everywhere for the Warriors, hustling and hurtling, damaging Boston physically and psychologically, manifesting baskets by flinging the perfect pass. The Warriors outscored the Celtics by sixteen points in the forty-two minutes he was on the floor. And, when it was over, Curry wept. The team seemed to overflow with happiness.

Green’s continued presence after punching a teammate has been called a test for the team’s culture. But, then, perhaps the culture of the Warriors—who have seemingly let him cross various lines without very serious interventions—is what has enabled Green this whole time, and also what has kept a winning team together. So what would it mean to pass that test?

On Tuesday, they opened the season against the Los Angeles Lakers and won easily, 123–1src9. Curry’s brilliance was, as usual, the determining factor, but Green played twenty-five key minutes, and finished with four points, five rebounds, five assists. The Warriors are betting that his involvement will help them defend their title—and perhaps they are also betting that, given his almost esoteric connection with Curry on the court, he is more valuable to them than he would be to any other team in a trade. They are probably right.

If they keep winning, the narratives are pre-written: adversity, redemption. Success on the court will be spun as growth off of it. Just before the finals, in June, Green was asked how the Warriors had remained so fiercely competitive even after winning multiple N.B.A. titles. Green pointed to the importance of “keeping egos in check.” “I think that’s a huge part of it,” he said, “and just understanding the pecking order and respecting the pecking order.” (After Green punched Poole, commentators noted that the younger player was evidently on the verge of signing a big new contract, while Green was not.) On opening night of the new season, TNT aired a short Green-produced documentary about Green’s preseason, which featured slow-motion shots of him hugging his daughter while he described being oblivious to the furor started by the leaked video of him punching his teammate in the head. “I was told the world has been able to see one of your worst moments,” he said. “Look at all the upside you have now. And it’s a totally different way of looking at it.” The documentary had, apparently, been in the works for a while. ♦