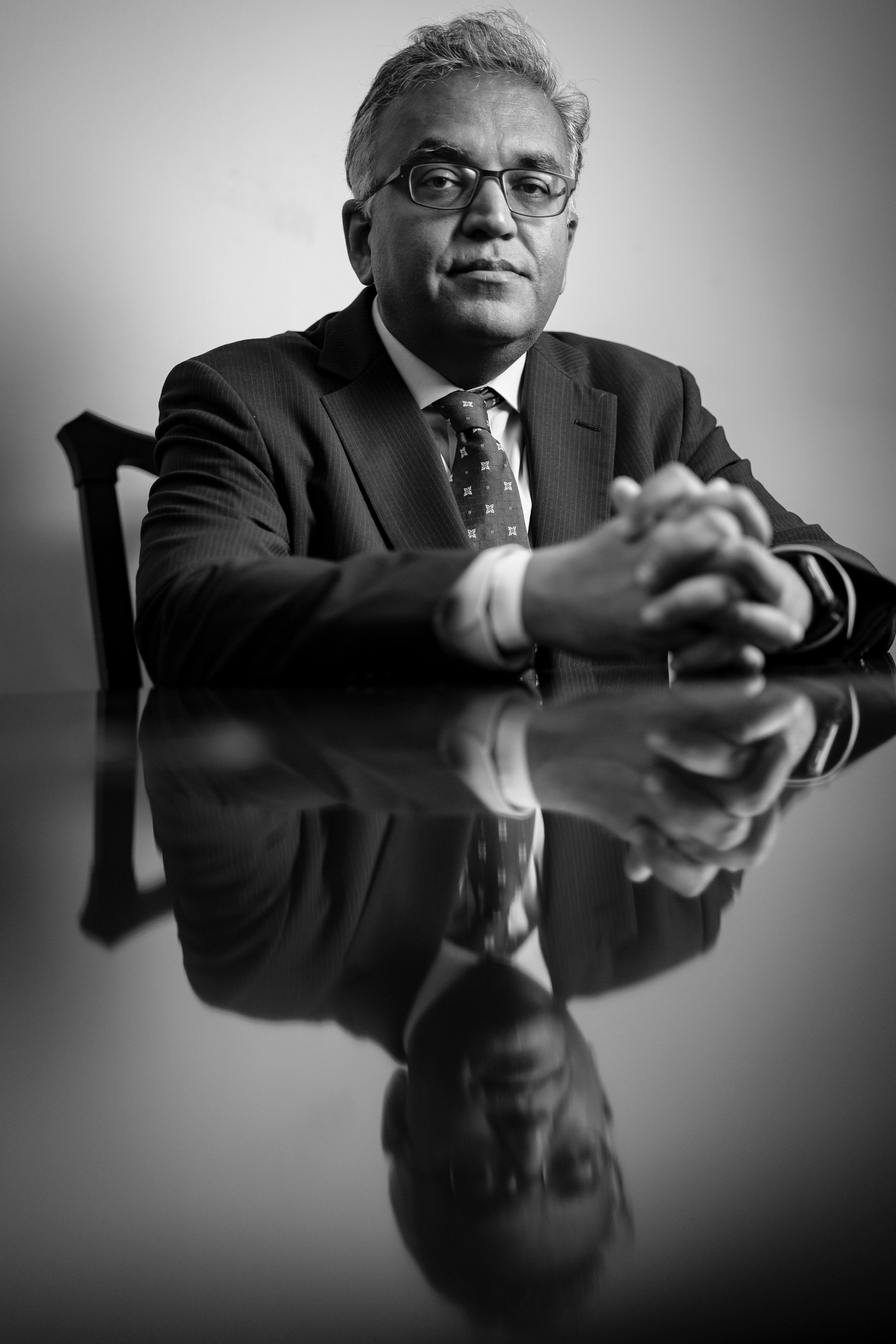 During the first year of the COVID-19 pandemic, the public-health expert Ashish Jha posted hundreds of detailed Twitter threads, fielded thousands of interview requests, and was mentioned sixty thousand times on cable and network news. “I felt like part of my job was to help people not just understand the moment they were in but the kinds of decisions that would soften the impact of the pandemic,” he told me. He was particularly eager to speak to conservative audiences that were less likely to encounter his views, so he often appeared on Newsmax, which gained notoriety for supporting President Donald Trump’s false claims about the 2020 election. “One of the tenets of public health is that you don’t write people off,” he said. “If somebody has been harmed by poor-quality information, you don’t walk away from them.”

Jha attracted the attention of President Biden, and, in April, he succeeded Jeffrey Zients as the White House’s so-called coronavirus czar. (His official title is COVID-19-response coördinator.) He took over at a complicated moment when highly contagious Omicron subvariants were causing new surges of infections, but Americans were weary of restrictions and a pandemic-response package was stalled in Congress. The package is still stalled, forcing the White House to repurpose funds from other areas, such as COVID testing, to vaccines and antiviral pills, and the surges only recently started to recede; last week, when I was getting ready to meet Jha for coffee in New York, I tested positive for the coronavirus myself and went into quarantine. We had to speak via Zoom instead. “This happens a lot right now,” he told me. “We have to get out of this phase.”

Jha, who lives in Newton, Massachusetts, with his wife and three children, is not an epidemiologist or virologist and has no previous experience in the federal government. When he was a child, his family emigrated from eastern India; he went to high school in New Jersey and studied economics at Columbia. After medical school and public-health school, at Harvard, he became a leading health-policy researcher there, focussed on improving the quality and cost of health-care systems. (We collaborated on several papers when I was a medical resident.) In 2014, to the surprise of many experts, including himself, Jha was tapped to run Harvard’s Global Health Institute. At the time, he could barely keep track of all the global-health acronyms, he once told me. But he learned quickly, and after six years he was named dean of Brown’s School of Public Health. We spoke about his unlikely journey to the White House, his philosophy of public health, his Twitter account, and the future of the pandemic. Our conversation has been edited and condensed.

Many experts believe that this, more or less, is our new normal: new variants, intermittent surges, breakthrough infections, occasional boosters, offices emptying out when cases rise—COVID not as an emergency, but not something we can forget about, either. Is that the way that you see things? Are we condemned to repeat the recent past for the foreseeable future?

No, no, no. Might we have to deal with this for another six months or a year? Sure. But are we living like this three or five years from now? Absolutely not. We have hundreds of thousands of Americans getting infected every day. We still have a few hundred people dying of COVID every day. I don’t think any of this is an acceptable normal for the long run. First, it is very disruptive. Second, we don’t fully understand long COVID, but the idea of people getting infected over and over and over again—it’s just not great. Third is that this just continues to fuel more variants.

So, what’s going to change it?

What’s currently driving new variants is their ability to escape immunity. As we get more complex immunity—meaning that some people have immunity from the original vaccines, other people from newer vaccines, other people have immunity from infections with Delta and Omicron—you’re building a population immunity that gets harder and harder for the virus to break through. I do think there is a limit to how much the virus can keep evading.

There are things we can do to slow down the spread, like substantially improving indoor air quality and more widespread testing during surges. We have got to build a new generation of vaccines that block transmission, like oral or intranasal vaccines. If we get those—and I think the science is starting to come together—we can drive down transmission to the point where infection numbers are a tenth of what we have now and deaths are substantially lower, too. Then COVID really does begin to fade into the background. Is that going to be easy? Is that going to happen tomorrow? No. But I think we can get there over the next twelve or eighteen months.

How will we know that the pandemic has ended and COVID-19 is endemic?

There is no agreement on what it means for a virus to be endemic. We have this sense that with endemicity, there is some stability. You don’t have big surges. Some people have argued that an endemic virus is one where the R0 [the number of additional infections caused by each infection] is around one. For me, I think a virus is endemic when it is no longer hugely disruptive to our lives—you can live your life without walking into a packed restaurant and thinking, Oh, my God, am I going to get infected? Am I going to get sick? With COVID, we’re not anywhere near the endemic stage yet.

You’ve been one of the most prolific communicators during the pandemic. At one point, you were doing ten or twelve TV interviews a day and putting out dozens of Twitter threads a week. Why?

A lot of people think of communication as the icing on the cake. You have your policy, you have your recommendations, you get the science right, and the communication is kind of a nice-to-have. In a pandemic, that’s completely wrong. You need to engage the public, helping people understand, “Hey, the infection numbers are growing, and that means these are the three behavior changes you should make.”

Has Twitter been a net good or net bad for the COVID discourse?

Net good. Twitter has been phenomenal at bringing scientists together to share ideas and collaborate. But net good is not the same as all good. A lot of people have used it as a way of either minimizing COVID or spreading fear about it. Social media has made it easier for people to communicate. We can share these moving pictures and videos of tragedies and create a sense of shared experience. At the same time, people can exploit it to further their agenda.

As doctors and scientists, we often think we can fight misinformation with data. But sometimes I wonder if that’s true. People believe what they believe for all sorts of complex social and psychological reasons. How can we improve the chances that science, which is messy and nuanced, wins out?

Misinformation thrives in information vacuums, and those who show up first often get to define the terrain. This puts scientists at a disadvantage. By the time they show up with the right answer, the discourse has often moved on, and people have settled on strong views about what they think. Scientists can’t wait for certainty. You should lead with what you already know, even if you haven’t nailed everything down to the fifth decimal point. Just let everybody know it’s your first draft. Sometimes, it turns out that with more evidence and data, you learn that your initial assessment wasn’t quite right. That’s O.K.

You were born in Bihar, India, and didn’t speak English until the age of nine.