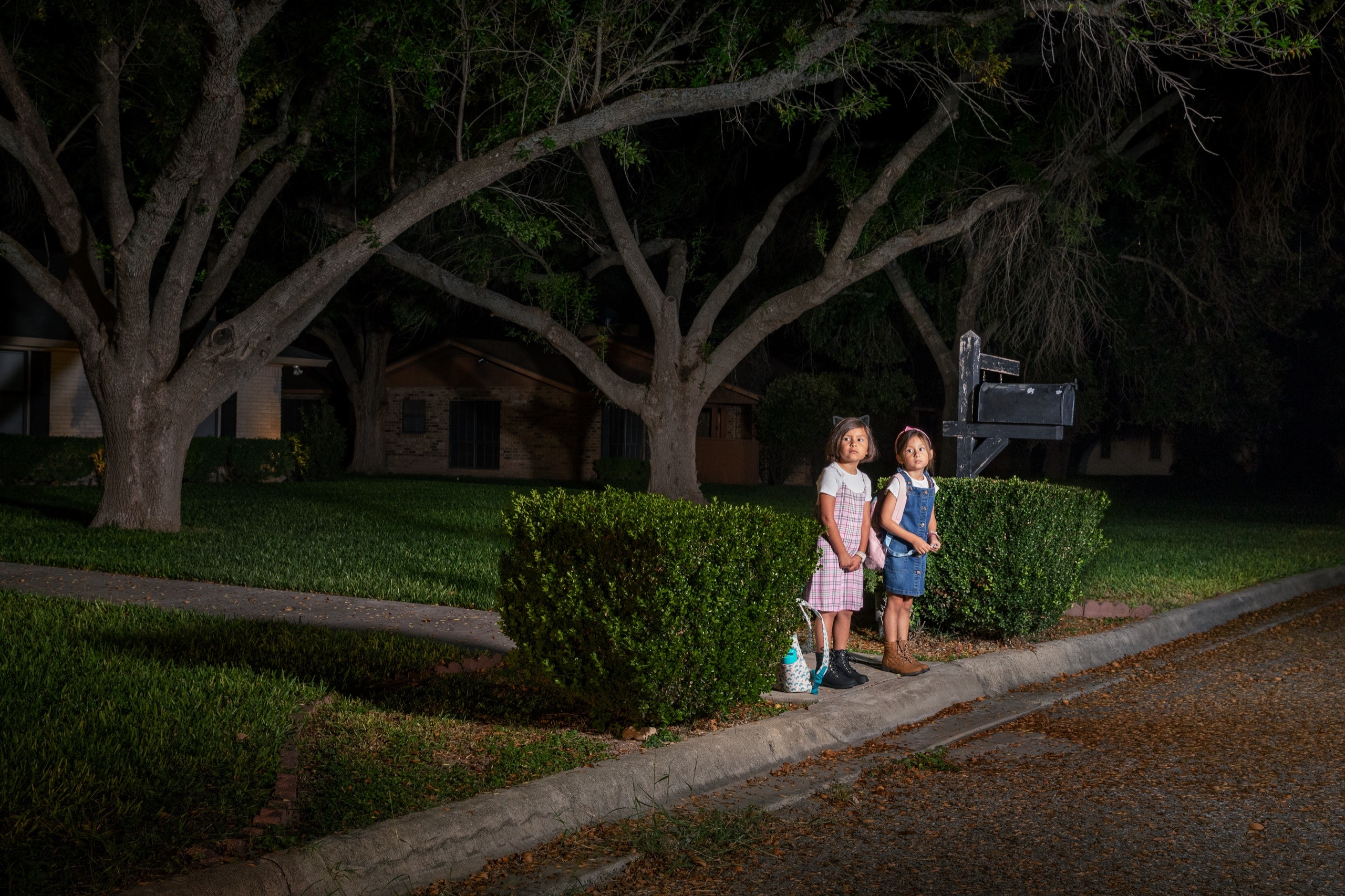 On the Monday morning after the Sandy Hook shooting, in 2src12, the photographer Greg Miller and his wife waited at the edge of their driveway, in Mansfield, Connecticut, for the school bus to pick up their six-year-old daughter. “It’s a beautiful time, not school or home but this membrane between the two,” Miller said. “It’s when they say the most amazing things.” Now, though, the waiting was tinged with worry: what world were they sending their daughter into? During the next few months, Miller began using a large-format camera to make portraits of his daughter and other children as they waited for the bus.

In September, Miller travelled to Uvalde, Texas, three months after the shooting at Robb Elementary brought an abrupt end to the school year. That day, Sophie Hoskins and her classmates in the first grade were escorted out of the school by armed officers, who told them to leave their backpacks behind. Robb Elementary will soon be torn down. Parents in Uvalde asked the governor of Texas, Greg Abbott, to call a special legislative session to restrict the purchase of semi-automatic rifles, to no avail. “I spent the whole summer contemplating whether I send them back or not,” Sophie’s mother, Theresa Hoskins, said. “Ultimately, my husband and I decided it would be their choice.” Sophie and her sister elected to return to school. “The nightmare is, what if they don’t come back?” Hoskins said.

In Uvalde, the bus makes its rounds before sunrise, and Miller’s camera shows the sisters and other kids illuminated as if by passing headlights, absorbed in their private worlds. A month after classes resumed, Hoskins told me that her anxiety has eased, although she doesn’t think it will ever go away. Her daughters, like children all over the United States, are becoming accustomed to a world where “nothing feels safe anymore,” Hoskins said. “It’s how they’re growing up. It’s their new normal.” ♦