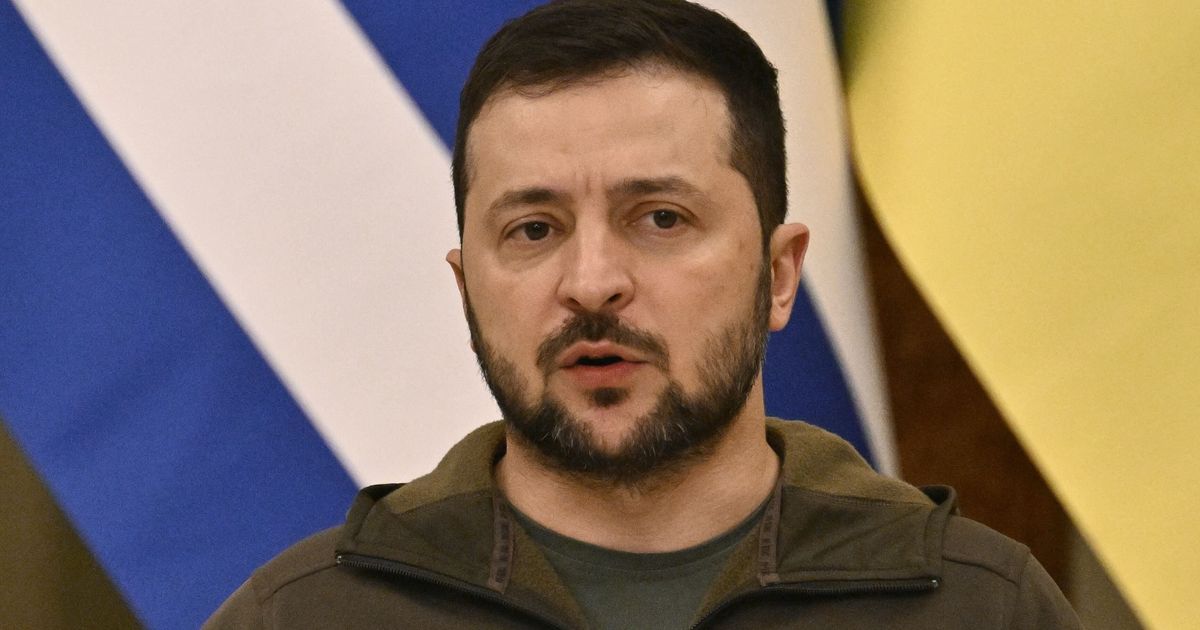 KYIV, Ukraine (AP) — Ukraine’s president has hinted at the possibility of peace talks with Russia, a shift from his earlier refusal to negotiate with President Vladimir Putin that came on the eve of crucial elections in the United States.

Volodymyr Zelenskyy urged the international community late Monday to “force Russia into real peace talks” and listed his usual conditions for dialogue: the return of all of Ukraine’s occupied lands, compensation for damage caused by the war and the prosecution of war crimes.

That is a change in rhetoric from a man who signed a decree in late September stating “the impossibility of holding talks” with Putin. But since his preconditions appear to be non-starters for Moscow, it’s hard to see how Zelenskyy’s latest comments would advance any talks.

Western weapons and aid have been key to Ukraine’s ability to fight off Russia’s invasion, which some initially expected would tear through the country with relative ease. But U.S. midterm elections Tuesday will define the amount and the shape of Washington’s future political and financial support for Ukraine.

If Republicans win control of Congress, it could become more difficult for President Joe Biden’s administration to push forward large packages of military and other aid for Ukraine.

Russia and Ukraine held several rounds of talks in Belarus and Turkey early on in the war, which is now nearing its nine-month mark. The talks stalled after the last meeting of the delegations, held in Istanbul in March, yielded no results.

Zelenskyy said Monday that Kyiv has “repeatedly proposed (talks) and to which we always received crazy Russian responses with new terrorist attacks, shelling or blackmail.”

The Ukrainian leader more recently refused to negotiate with Putin, who illegally annexed four regions of Ukraine in late September. Earlier in the war, Zelenskyy repeatedly called for a personal meeting with the Russian leader. The Kremlin brushed off any such meeting.

Zelenskyy listed conditions for the dialogue to begin, including the “restoration of (Ukraine’s) territorial integrity … compensation for all war damage, punishment for every war criminal and guarantees that it will not happen again.”

Russia, meanwhile, resumed calls for talks after Ukraine’s successful counteroffensive in the east and the south of the country began in September, but Ukraine has been rejecting the possibility ever since.

Russia’s deputy foreign minister, Andrei Rudenko, stressed on Tuesday that Moscow is not setting any conditions for the resumption of talks with Ukraine and accused Kyiv of lacking “good will.”

“This is their choice, we have always declared our readiness for such negotiations,” Rudenko said.

Ukraine’s presidential advisor Mykhailo Podolyak insisted in a tweet Monday that “Ukraine has never refused to negotiate,” but first, Russia needs to withdraw its troops from the country. “Is Putin ready? Obviously not,” Podolyak wrote.

— In the eastern Donetsk region, which the Russians are struggling to take full control of, Moscow’s shelling killed three civilians and wounded seven others over the past 24 hours, according to Donetsk Gov. Pavlo Kyrylenko.

Kyrylenko said the fatalities occurred in the city of Bakhmut, a key target of Russia’s grinding offensive in Donetsk, and the town of Krasnohorivka. Ukraine’s deputy defense minister last week described the Bakhmut area as “the epicenter” of fighting in eastern Ukraine.

— In the partially occupied Kherson region in the south, where Ukraine’s troops are conducting a successful counteroffensive, Russian-installed authorities said they have “completed” measures to evacuate residents ahead of anticipated Ukrainian advances.

The Kremlin-appointed administration had sought to relocate tens of thousands of people in anticipation of a Ukrainian advance deeper into the region. Ukrainian military and civilian officials have previously described the relocation measures as “forced displacement.” Kirill Stremousov, deputy head of the Kremlin-backed administration, has repeatedly denied that.

Russian-backed officials in Kherson announced that motorized ferries transporting civilians across the Dnieper River and deeper into Russian-held territory were no longer running. According to the announcement, made Monday on Telegram, the main remaining relocation route is across the Antonivskiy Bridge, which Ukrainian attacks have repeatedly damaged and is now operated by the Russian military.

— The U.S. ambassador to the United Nations reassured Ukrainian farmers that extending a wartime deal that allowed Ukrainian grain and other commodities to be shipped on the Black Sea was a priority for the U.N. The agreement is set to expire on Nov. 19.

“I am here seeing Ukraine as the breadbasket of the world. … This (war) really has had an impact on the entire global food market,” U.S. Ambassador Linda Thomas-Greenfield said while speaking to farmers and reporters at a grain storage facility in Kyiv.

Brokered by the U.N. and Turkey, the shipping initiative has allowed more than 9 million tons of grain in 397 vessels to leave Ukrainian ports and travel along a designated corridor. Russia briefly suspended its participation in the deal last week, alleging that a Ukrainian drone had attacked its Black Sea fleet in Crimea on Oct. 29.