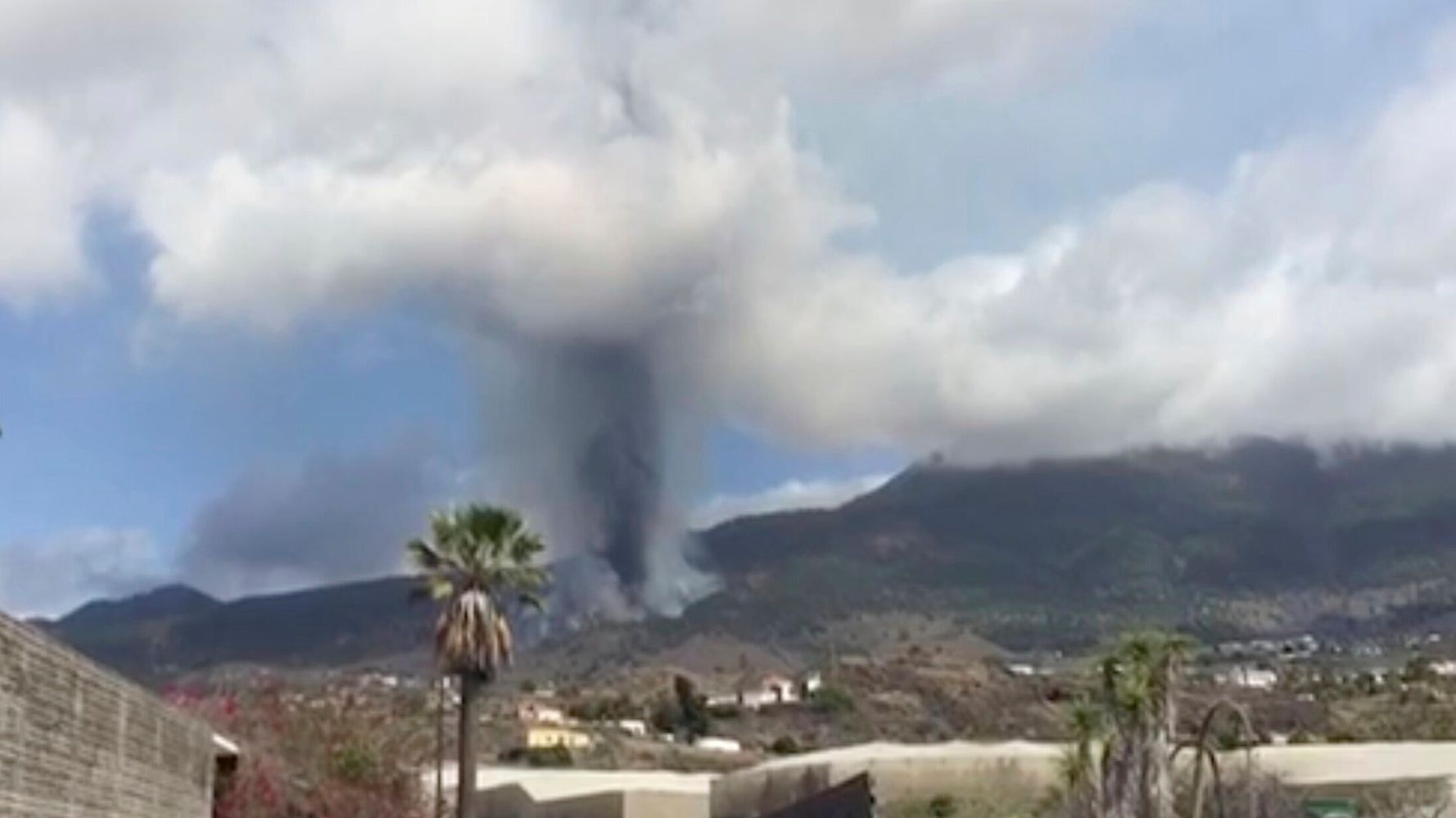 The Canary Islands Volcanology Institute reported the eruption near the southern end of the island, which saw its last eruption in 1971. Huge red plumes topped with black-and-white smoke shot out along the Cumbre Vieja volcanic ridge, which scientists had been closely watching following the accumulation of molten lava below the surface and days of small earthquakes.

La Palma, with a population of 85,000, is one of eight islands in Spain’s Canary Islands archipelago off Africa’s western coast. At their nearest point, they are 100 kilometers (60 miles) from Morocco.

A 4.2-magnitude quake was recorded before the volcanic eruption, which took place in an area known as Cabeza de Vaca on the western slope as the ridge descends to the coast. Tinges of red could be seen at the bottom of the black jets that shot rocks into the air.

One black lava flow with a burning tip was sliding toward houses in the village of El Paso. Mayor Sergio Rodríguez said 300 people in immediate danger had been evacuated and sent to the El Paso soccer field. Roads were closed due to the explosion and authorities urged the curious not to approach the area.

Mariano Hernández, president of La Palma island, said there were no immediate reports of deaths or injuries but that the lava flows made him concerned “about the populated areas on the coast.” He said there were five eruption points, of which two were spewing magma.

“People should not come near the eruption site where the lava is flowing,” Hernández said. “We are having serious problems with the evacuation because the roads are jammed with people who are trying to get close enough to see it.”

Itahiza Dominguez, head of seismology of Spain’s National Geology Institute, told Canary Islands Television that although it was too early to tell how long this eruption would last, prior “eruptions on the Canary Islands lasted weeks or even months.”

The first hours of the eruption led volcanologist Vicente Soler of Spain’s Higher Council to believe that it was not terribly violent.

″(But) the material appears to be very fluid, the lava flows will reach the sea sooner or later,” Soler told Canary Islands Television.

Spanish Prime Minister Pedro Sánchez cancelled his trip to New York to attend the U.N. General Assembly so he could travel from Spain’s mainland to the Canary Islands.

After days of what scientists call an “earthquake swarm,” authorities on La Palma on Sunday started to evacuate residents with reduced mobility to a military outpost shortly before ground broke open. Residents of five nearby villages were already on alert to leave their homes in case of an eruption.

The Scientific Committee of the Volcano Risk Prevention Plan said stronger earthquakes “are likely to be felt and may cause damage to buildings.” It also said part of the island’s southwest coast was at risk for landslides and rock falls.