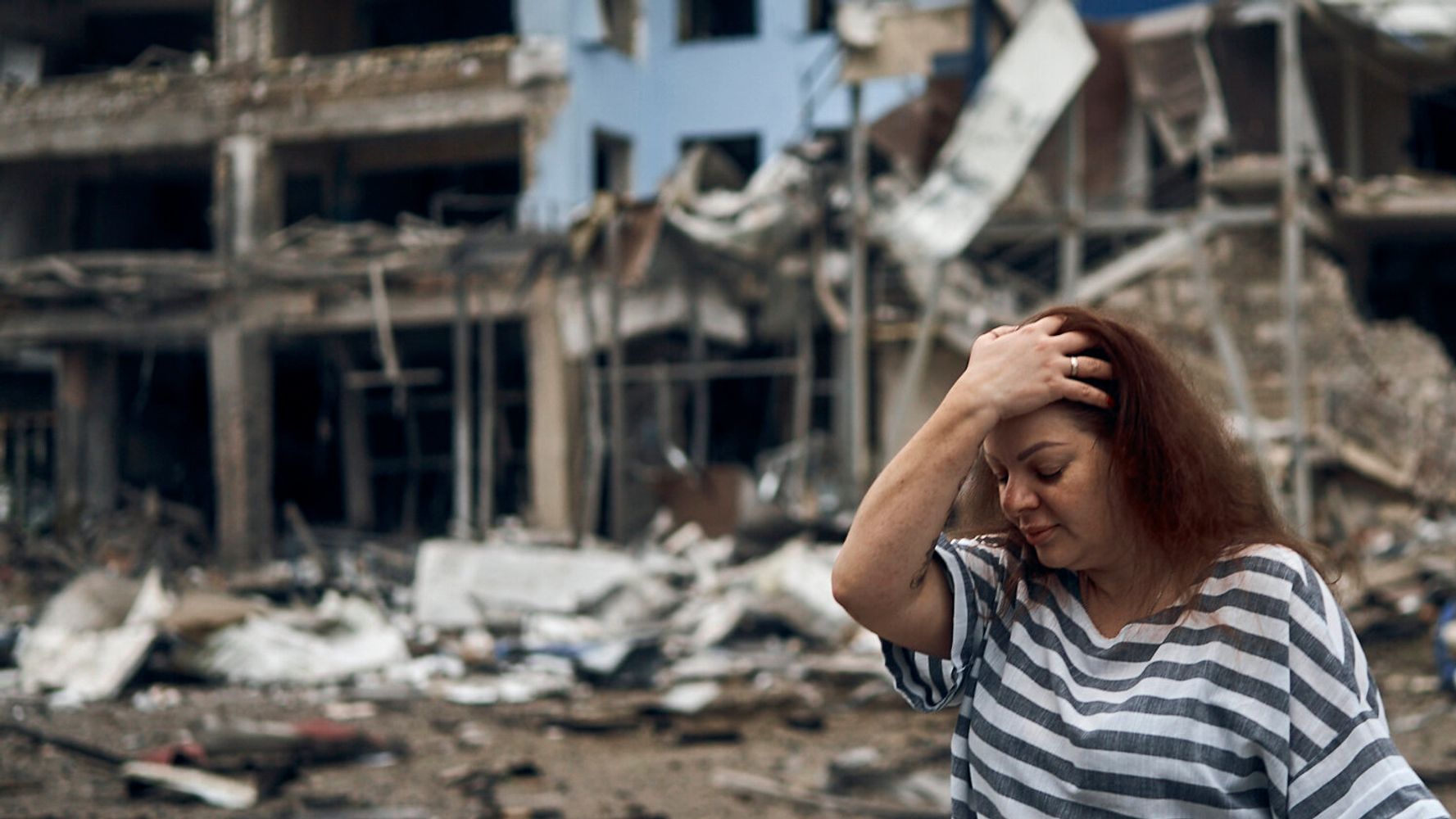 At least four civilians were killed and 10 more wounded over the past 24 hours, with nine Ukrainian regions coming under fire, the office said in its daily update.

Two districts of Mykolaiv, which has been targeted frequently in recent weeks, were shelled.

Russian forces reportedly fired 60 rockets at Nikopol, in the central Dnipropetrovsk region. Some 50 residential buildings were damaged in the city of 107,000 and some projectiles hit power lines, leaving city residents without electricity, according to Ukrainian authorities.

Nikopol is located across the Dnieper river from the Zaporizhzhia nuclear power plant, which was taken over by Russian troops early in the war.

Experts at the U.S.-based Institute for the Study of War believe that Russia is shelling the area intentionally, “putting Ukraine in a difficult position.”

“Either Ukraine returns fire, risking international condemnation and a nuclear incident (which Ukrainian forces are unlikely to do), or Ukrainian forces allow Russian forces to continue firing on Ukrainian positions from an effective ‘safe zone,’” the Institute’s latest report said.

The head of the U.N. nuclear watchdog agency earlier this week voiced alarm over the situation at the Zaporizhzhia plant.

In northern Ukraine, the country’s second-largest city, Kharkiv, was being shelled from Russia, the presidential office said. Several industrial facilities were hit in the city, which also has been a frequent target. In the nearby city of Chuhuiv, a rocket hit a five-story residential building.

In the eastern Donetsk region, where fighting has been focused in recent weeks, residential buildings were being shelled in all large cities and a school was destroyed in the village of Ocheretyne. The region is struggling without gas supplies and, in part, without power and water supplies; its residents are being evacuated.

Russia-backed separatist authorities in the city of Donetsk said that two people were killed and three others wounded in Ukrainian shelling of the central part of the city on Thursday.

Russian forces have already seized the neighboring Luhansk region. Its Ukrainian governor, Serhiy Haidai, said on social media that local residents are being mobilized to fight against Kyiv’s forces and that “even indispensable mine workers are being taken.”

Ukrainian authorities reported another abduction of a mayor who reportedly refused to collaborate with the Russians in the southern Kherson region, which is also almost entirely occupied.

The reported kidnapping of Serhiy Lyakhno, the mayor of the village of Hornostaivka, comes as Russia amasses more troops in the area in anticipation of a counteroffensive by Kyiv and ahead of a planned referendum on the region becoming part of Russia.

Follow AP’s coverage of the Russia-Ukraine war at https://apnews.com/hub/russia-ukraine