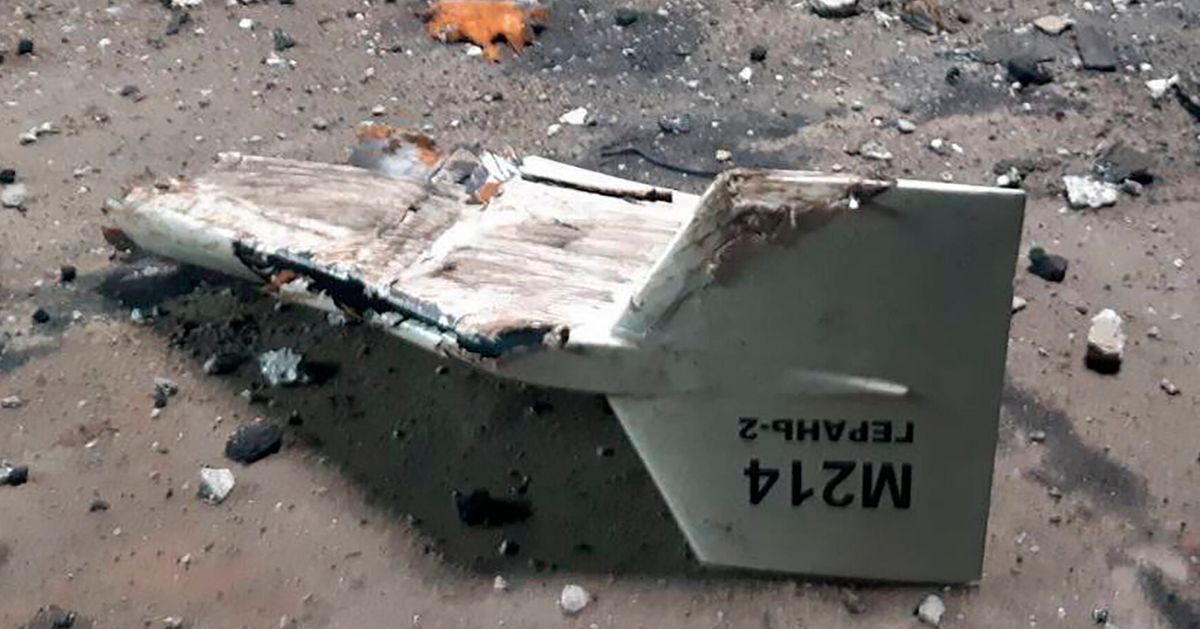 KYIV, Ukraine (AP) — Ukraine’s military claimed Tuesday for the first time that it encountered an Iranian-supplied suicide drone used by Russia on the battlefield, showing the deepening ties between Moscow and Tehran as the Islamic Republic’s tattered nuclear deal with world powers hangs in the balance.

U.S. intelligence publicly warned back in July that Tehran planned to send hundreds of bomb-carrying drones to Russia to aid its war on Ukraine. While Iran initially denied it, the head of its paramilitary Revolutionary Guard has boasted in recent days about arming the world’s top powers.

The Ukrainian military’s Strategic Communications Directorate published images of the wreckage of the drone. It resembled a triangle, or delta-shaped, drone flown by Iran known as the Shahed-136, or “Witness” in Farsi.

Ukrainian troops encountered the drone near Kupiansk amid Kyiv’s offensive that has punched through Russian lines around Kharkiv on the eastern front, the Ukrainian military said.

The image suggested the Shahed drone had been shot down by Ukrainian forces and hadn’t detonated on impact as designed, though little other information was immediately released by Kyiv. An inscription on the drone identified it as an “M214 Gran-2,” which didn’t immediately correspond to known Russian weaponry.

Iran’s mission to the United Nations did not respond to a request for comment. Russia did not acknowledge the Ukrainian claim.

“The loss of a Shahed-136 near the front lines suggests there is a realistic possibility that Russia is attempting to use the system to conduct tactical strikes rather than against more-strategic targets farther into Ukrainian territory,” the British said.

The triangle-shaped Shahed is believed to have a range of around 2,500 kilometers (1,550 miles), the British military said. Iran has issued few details about the drone, though it appeared in military propaganda footage in January 2021.

Experts refer to such bomb-carrying drones as “loitering munitions.” The drone flies to a destination, likely programmed before its flight, and either explodes in the air over the target or on impact against it.

Iran has drawn closer to Russia as it faces crushing sanctions over the collapse of the nuclear deal in 2018 after then-President Donald Trump unilaterally withdrew from the accord. Negotiations over the deal, which saw Iran limit its enrichment of uranium in exchange for sanctions being lifted, again appear deadlocked.

Ukraine and Iran also have tense relations, stemming from Iran’s Revolutionary Guard shooting down a Ukrainian passenger jet in 2020, killing all 176 people on board.