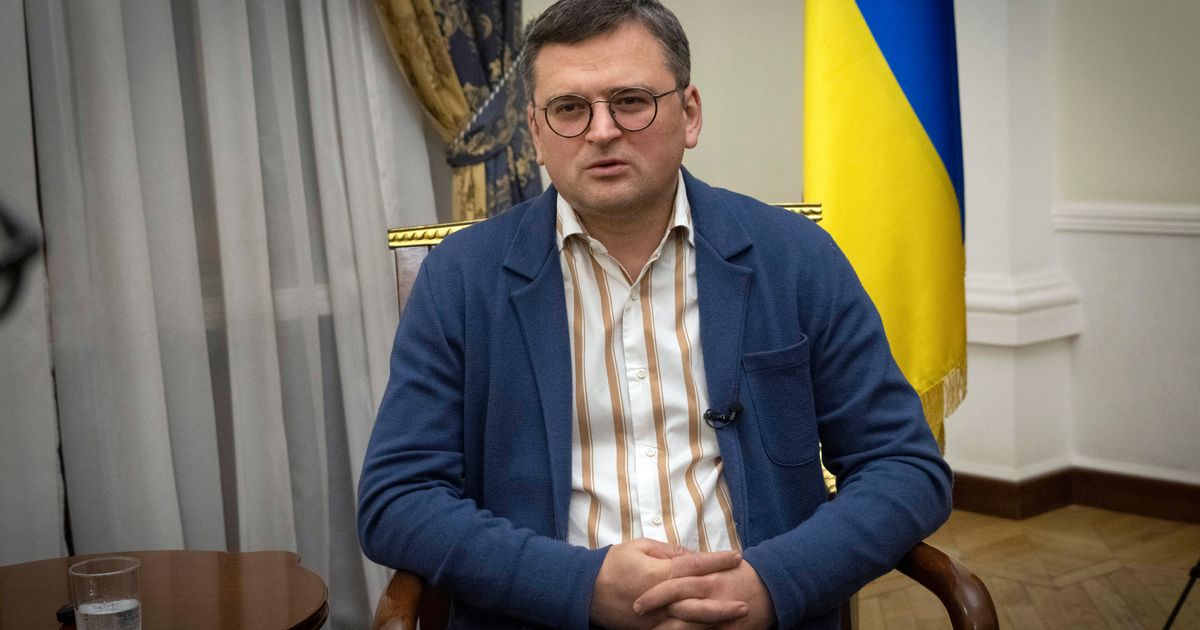 Ukrainian Foreign Minister Dmytro Kuleba told The Associated Press that his government wants a “peace” summit within two months at the United Nations with Secretary-General António Guterres as mediator.

“As the secretary-general has said many times in the past, he can only mediate if all parties want him to mediate,” U.N. associate spokesperson Florencia Soto Nino-Martinez said Monday.

Kuleba said Russia must face a war-crimes tribunal before his country directly talks with Moscow. He said, however, that other nations should feel free to engage with Russians, as happened before a grain agreement between Turkey and Russia.

The AP interview offered a glimpse at Ukraine’s vision of how the war with Russia could one day end, although any peace talks would be months away and highly contingent on complex international negotiations.

Kuleba also said he was “absolutely satisfied” with the results of President Volodymyr Zelenskyy’s visit to the U.S. last week, and he revealed that the U.S. government had made a special plan to get the Patriot missile battery ready to be operational in the country in less than six months. Usually, the training takes up to a year.

Kuleba said during the interview at the Foreign Ministry that Ukraine will do whatever it can to win the war in 2023.

Commenting on Kuleba’s proposal, Kremlin spokesperson Dmitry Peskov told the state RIA Novosti news agency that Russia “never followed conditions set by others. Only our own and common sense.”

A Kremlin spokesman said last week that no Ukrainian peace plan can succeed without taking into account “the realities of today that can’t be ignored” — a reference to Moscow’s demand that Ukraine recognize Russia’s sovereignty over the Crimean Peninsula, which was annexed in 2014, as well as other territorial gains.

Kuleba said the Ukrainian government would like to have the “peace” summit by the end of February.

“The United Nations could be the best venue for holding this summit, because this is not about making a favor to a certain country,” he said. “This is really about bringing everyone on board.”

At the Group of 20 summit in Bali in November, Zelenskyy made a long-distance presentation of a 10-point peace formula that includes the restoration of Ukraine’s territorial integrity, the withdrawal of Russian troops, the release of all prisoners, a tribunal for those responsible for the aggression and security guarantees for Ukraine.

Asked about whether Ukraine would invite Russia to the summit, he said that Moscow would first need to face prosecution for war crimes at an international court.

“They can only be invited to this step in this way,” Kuleba said.

About the U.N. Secretary-General’s role, Kuleba said: “He has proven himself to be an efficient mediator and an efficient negotiator, and most importantly, as a man of principle and integrity. So we would welcome his active participation.”

Other world leaders have also offered to mediate, such as those in Turkey and Saudi Arabia.

The foreign minister again downplayed comments by Russian authorities that they are ready for talks.

“They (Russians) regularly say that they are ready for negotiations, which is not true, because everything they do on the battlefield proves the opposite,” he said.

Russian President Vladimir Putin claimed few days ago that his country is ready for talks to end the war in Ukraine, but suggested that the Ukrainians are the ones refusing to take that step. Despite Putin’s comments, Moscow’s forces have kept attacking Ukraine — a sign that peace isn’t imminent.

Zelenskyy’s visit to the U.S. was his first foreign trip since the war started on Feb. 24. Kuleba praised Washington’s efforts and underlined the significance of the visit.

Ukraine secured a new $1.8 billion military aid package, including a Patriot missile battery, during the trip.

Kuleba said that the move “opens the door for other countries to do the same.”

He said that the U.S. government developed a program for Ukrainian troops to complete training faster than usual “without any damage to the quality of the use of this weapon on the battlefield.”

While Kuleba didn’t mention a specific time frame, he said only that it will be “very much less than six months.” And he added that the training will be done “outside” Ukraine.

During Russia’s ground and air war in Ukraine, Kuleba has been second only to Zelenskyy in carrying Ukraine’s message and needs to an international audience, whether through Twitter posts or meetings with friendly foreign officials.

The Foreign Ministry says that Russia never went through the legal procedure for acquiring membership and taking the place of the USSR at the U.N. Security Council after the collapse of the Soviet Union.

“This is the beginning of an uphill battle, but we will fight, because nothing is impossible,” he told the AP.

Follow the AP’s coverage of the war at https://apnews.com/hub/russia-ukraine