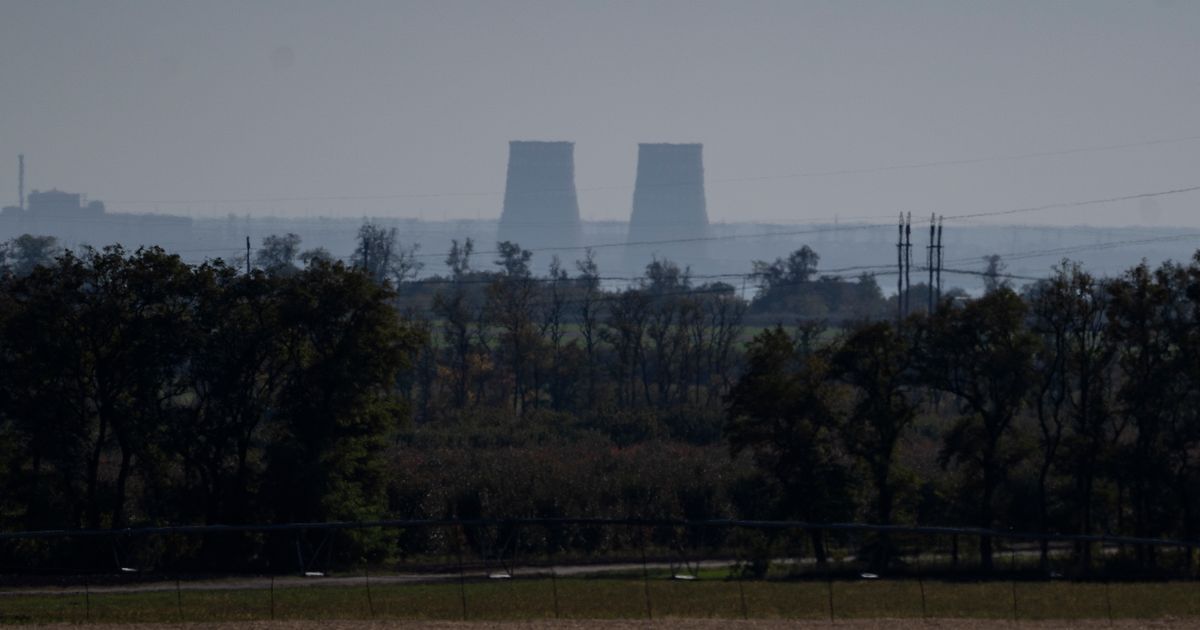 Russian Defense Minister Sergei Shoigu made an unsubstantiated allegation that Ukraine was preparing to launch a so-called dirty bomb. Shoigu leveled the charge over the weekend in calls to his British, French, Turkish and U.S. counterparts. Britain, France and the United States rejected it out of hand as “transparently false.”

Ukraine also dismissed Moscow’s claim as an attempt to distract attention from the Kremlin’s own alleged plans to detonate a dirty bomb, which uses explosives to scatter radioactive waste in an effort to sow terror.

Russian officers controlling the area won’t give access to Ukrainian staff running the plant or monitors from the U.N.’s atomic energy watchdog that would allow them to see what the Russians are doing, Energoatom said Tuesday in a statement.

Energoatom said it “assumes” the Russians “are preparing a terrorist act using nuclear materials and radioactive waste stored at” the plant. It said there were 174 containers at the plant’s dry spent fuel storage facility, each of them containing 24 assemblies of spent nuclear fuel.

“Destruction of these containers as a result of explosion will lead to a radiation accident and radiation contamination of several hundred square kilometers (miles) of the adjacent territory,” the company said.

It called on the International Atomic Energy Agency to assess what was going on.

The U.N. Security Council was scheduled to hold closed-door consultations about the dirty-bomb allegations later Tuesday at Russia’s request.

Russia asked the council to establish a commission to investigate its claims that the United States and Ukraine are violating the convention prohibiting the use of biological weapons at laboratories in Ukraine.

Soon after Russia’s Feb. 24 invasion of Ukraine, its U.N. ambassador, Vassily Nebenzia, claimed that secret American labs in Ukraine were engaged in biological warfare — a charge denied by the U.S. and Ukraine.

The Kremlin has insisted that its warning of a purported Ukrainian plan to use a dirty bomb should be taken seriously and criticized Western nations for shrugging it off.

The dismissal of Moscow’s warning is “unacceptable in view of the seriousness of the danger that we have talked about,” Kremlin spokesman Dmitry Peskov said.

Speaking during a conference call with reporters, Peskov added: “We again emphasize the grave danger posed by the plans hatched by the Ukrainians.”

The White House on Monday again underscored that the Russian allegations were false.

“It’s just not true. We know it’s not true,” said John Kirby, a spokesman for the National Security Council. “In the past, the Russians have, on occasion, blamed others for things that they were planning to do.”

Dirty bombs don’t have the devastating destruction of a nuclear explosion but could expose broad areas to radioactive contamination.