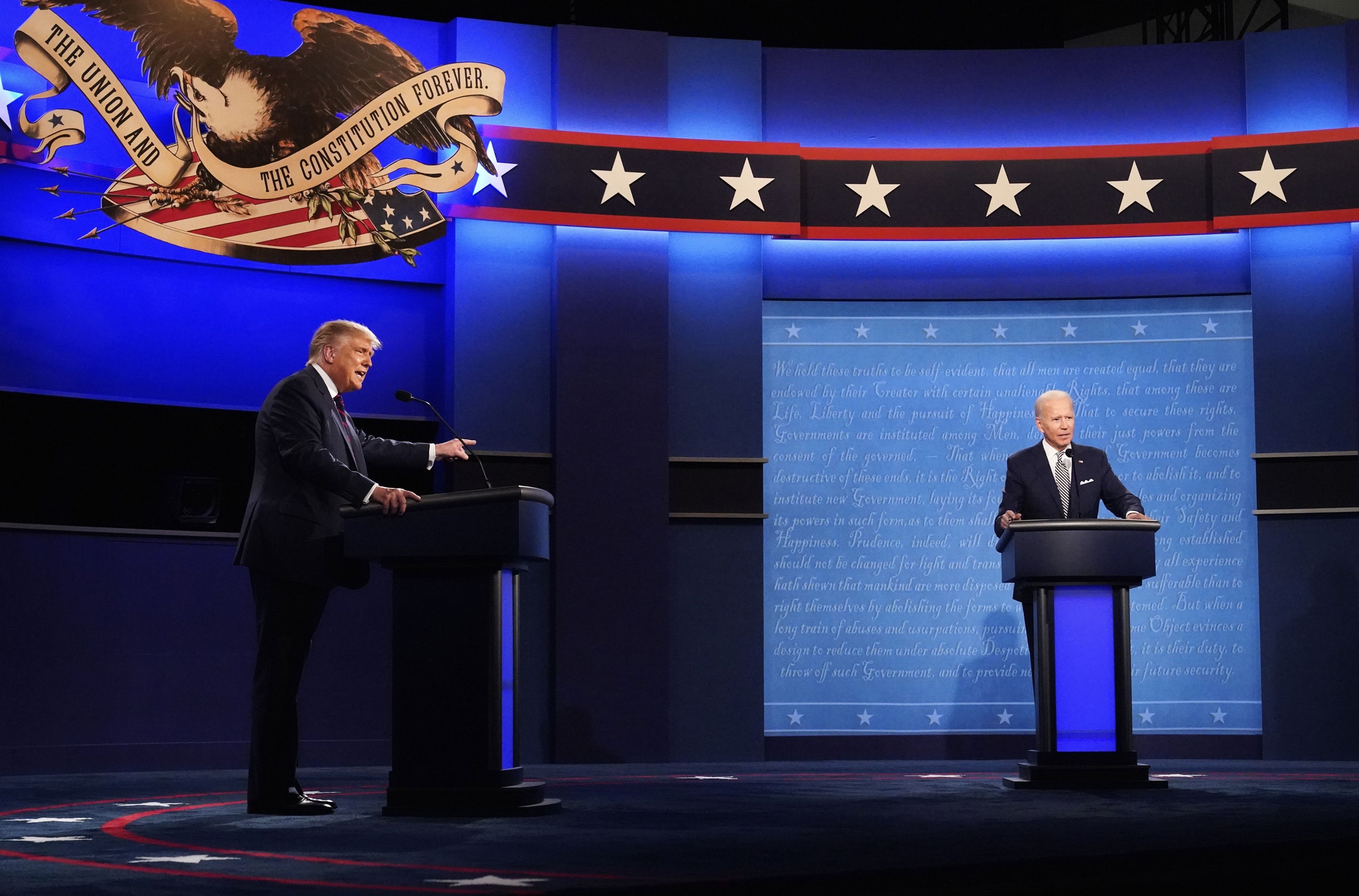 Experience has long stayed the hand of anyone foolish enough to write off the ongoing catastrophe that is Donald Trump. Nevertheless, his latest instance of colossal indifference to anyone other than himself is worth noting. In fact, it’s top-shelf.

According to the former White House chief of staff Mark Meadows, Trump was headed to a campaign rally in Pennsylvania, on September 26, 2020, when he was informed that he had tested positive for the coronavirus. This was three days before he was scheduled to debate Joe Biden. The expectations of the debate commission and baseline decency dictated that Trump make the information public immediately, even at the cost of postponing the debate. But no: “Nothing was going to stop [Trump] from going out there,” Meadows writes in his new memoir “The Chief’s Chief.” When told that he had tested positive, Trump—not unreasonably—reacted with profanity, though Meadows, a religious man, renders his words in sanitizing rhyme: “Oh spit, you’ve gotta be trucking lidding me.” Not long after, Trump took another test; this one was negative. Trump, of course, decided to believe the second test and covered up the first. (This account comes from the Guardian’s Martin Pengelly, who obtained an advance copy of the book, which will be published next week.)

Recall the heedlessness and the time line. Earlier on the twenty-sixth, Trump had conducted a Rose Garden ceremony to introduce his new Supreme Court nominee, Amy Coney Barrett. Almost no one wore masks outside, or later, at a reception inside the White House. Among the attendees who subsequently tested positive for the virus were Chris Christie, Kellyanne Conway, and Senator Thom Tillis. Later that day, as Trump was heading to the rally, his doctor, Sean Conley, called Meadows and gave him the alarming news. “Stop the President from leaving,” Conley said, according to Meadows. “He just tested positive for COVID.” Sometime after that, Trump was tested again, with happier results. But that second test hardly erased the potential accuracy of the first and the possibility that he could infect others. What ruled was political expediency.

The next day, Trump met with Gold Star families at the White House. In an interview, Trump said that family members wanted to hug and kiss him. This was “obviously dangerous,” but, he said self-admiringly, “Frankly, I’m not telling them to back up.”

The debate, which took place on the night of the twenty-ninth, was a disaster for Trump. He was a sweating, bloviating mess, constantly interrupting Biden to a degree that was surprising even in Trumpland. The next day, at a campaign event in Duluth, Minnesota, he made fun of Biden for encouraging social distancing at his events. Then, in the first days of October, the COVID announcements started rolling in: first Hope Hicks said that she had tested positive. Then Trump tweeted that he and the First Lady had tested positive, and he was taken to Walter Reed National Military Medical Center for treatment.

It will be good to read Meadows’s book in full and add in the broader context of what we know from other sources. The publisher is All Seasons Press, a conservative outfit that recently announced its intent “to take head-on the cancel culture that is destroying the publishing industry and the country.” Meadows, of course, is a uniquely placed source of information. And, despite his complicity with Trump in so many ways, he could turn out to be a problem for the former President. Meadows has been subpoenaed by the House committee investigating the January 6th insurrection at the Capitol, and, unlike Steve Bannon, he has agreed to testify. The committee is determined to see whether, and perhaps how, Trump and his circle helped coördinate the storming of the Capitol before the certification of the 2020 election results.

Until today, Trump was eager to tout the literary gifts of his former aide. “The Chief’s Chief would make an incredible Christmas present, and with United States supply lines totally dead, and with thousands of ships having no way of unloading because of incompetent leadership, you will have no other thing you can buy anyway,” Trump wrote in a blurb that was half tribute, half troll. But, after the Guardian article appeared, Trump turned on Meadows: “The story of me having COVID prior to, or during, the first debate is Fake News. In fact, a test revealed that I did not have COVID prior to the debate.” Which, of course, does not explain why he failed to reveal the results of his initial positive test.

We already know the details of Trump’s insouciant initial attitude toward the virus: his determination to “play it down,” as he told Bob Woodward, despite his immediate knowledge that it was “deadly stuff.” He bragged (falsely) that “We now have the lowest Fatality (Mortality) Rate in the World.” Children were “virtually immune.” Nothing to fear here. “It’s going to disappear. One day, it’s like a miracle—it will disappear.” Eventually, we grew numb to his public displays of ignorance, as he touted crank treatments and cures, and refused to urge his supporters to get vaccinated. In sum, and over time, the President of the United States spoke and acted in such a way that he imperilled the health of countless American citizens.

Trump is hardly the first public figure to indulge in denialism and charlatanism. Nor is this a solely Republican phenomenon. (Robert F. Kennedy, Jr., who began his career as an earnest environmentalist, long ago became an anti-vax quack.) With his remarks, omissions, lies, and actions, Trump has inflamed the national dialogue. From the Oval Office, and now from Mar-a-Lago, he gives permission to all manner of public figures to behave like him, the better to win his approval or secure their own positions and fortunes.

Take the example du jour. On Monday evening, Lara Logan, a former CBS News correspondent and now a Fox News shouter, went on the air and compared Anthony Fauci, a man of integrity and tireless work in the field of public health, to Josef Mengele, the Nazi doctor known as Todesengel, the Angel of Death: