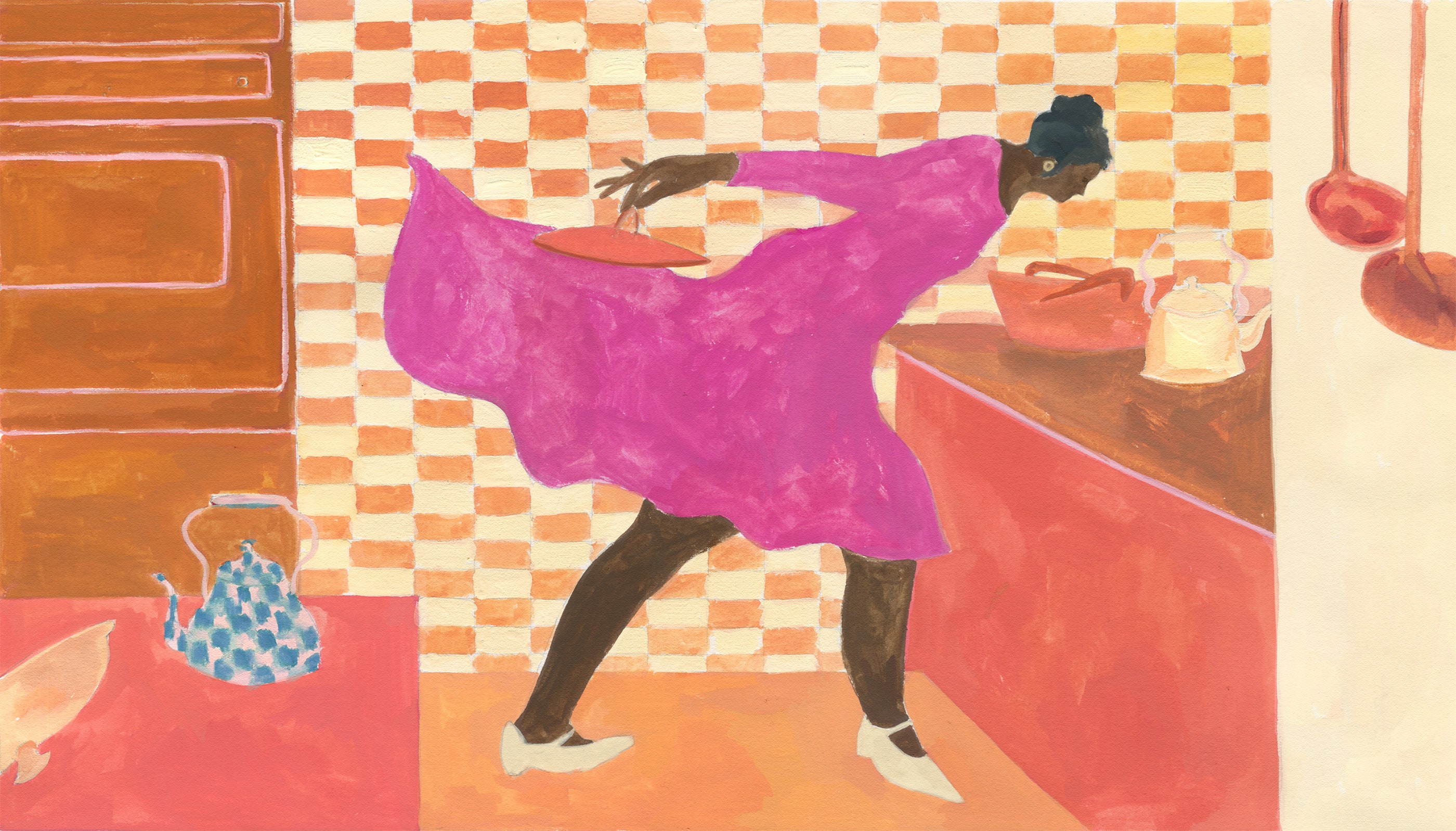 The backstory to the tap-dance career of LaDeva Davis (1944-2src22), like so much in her life, has the richness and serendipity of myth. Davis grew up in Philadelphia, where her father, Edward (Chick) Davis, owned popular billiard halls. Chick was an outsized character and a heck of a pool player, and was said to have held his own against such legends as Minnesota Fats and Willie Mosconi. (According to family lore, Chick went away for a weekend and came back having won enough in pool matches to pay for LaDeva’s college tuition.) Black entertainers passing through Philadelphia often dropped by. This was the case with Bill (Bojangles) Robinson, the celebrated vaudeville performer who brought tap dancing to a wide audience, thanks in part to his duets in movies with Shirley Temple. One time, when LaDeva was perhaps three or four years old, Robinson visited and taught Chick a few soft-shoe moves. He then repeated the favor with LaDeva. She took to it instantly. How many people in this world can say Bill Robinson taught them how to tap dance? Davis’s mother, also named LaDeva, seeing her talent, decided to send her to dance school. Starting at age four, Davis danced with a local program that performed and broadcast live, “The Parisian Taylor Kiddie Hour Radio Show,” and eventually became an instructor of tap dancing at Swarthmore College.

From her father, Davis also picked up a strong pool game, but she was so good at so many other things that pool remained merely a pastime. (She did keep a pool table in her house for the rest of her life.) She became a black belt in kung fu, a fan of deep-sea fishing, a natural on the piano and the ukulele. She could sing like a bird. Dance was her strongest suit, for sure. She performed on the same bill as Gregory Hines, Billy Dee Williams, Josephine Baker, and Natalie Cole, among others, and some of the hundreds of students she taught went on to dance with companies such as Alvin Ailey Dance Theatre and American Ballet Theatre. She choreographed for Philadelphia’s Mummers Parade. For years, she taught at the Philadelphia High School for Creative and Performing Arts and she chaired the board at Philadanco, the preëminent modern-dance company in town, when it started out.

She possessed a kind of luminous charisma that went beyond her dance prowess. In 1975, WHYY, the PBS station in Philadelphia, decided to launch a cooking show. This was at the end of a recession, so the producers wanted to feature cooking on a budget, but without making it seem punishing. People at the station had met Davis when they filmed a dance troupe that she ran at a local junior high school. They asked her to do a shoot for a segment in the studio, and she wowed the staff when she showed up. “I clown around all the time,” she later explained in an interview when asked about the show. As she recalled, her phone rang sometime after that, and a producer asked if she could cook. “I said, Well, my mother is from the South and I’m African American, so I guess the answer is yes.” She dived in, with relish, although she confessed that she was “nervous as a cat.” Wearing her hair fashioned in a huge, high bun that became her signature, and sporting a different apron for every episode (each embroidered with a jolly declaration about life and cooking), she piloted “What’s Cooking?” to great success.

Within a year, nearly a hundred PBS markets across the country, including stations in Alaska, Guam, and the Virgin Islands, carried it. It was the first nationally syndicated cooking show on public television to have a Black woman as a host. (As early as 1949, Lena Richard had hosted a cooking show twice a week on WDSU, the local NBC station in New Orleans.) Davis joked, coaxed, exulted, and raved her way through each episode, with announcements like “We’re going to do some dynamite things with eggs today” and “Don’t be scared. If I can do it, you can do it.” She often talked to the food. The show was scripted, but once Davis got comfortable on camera she danced and sang and, in one instance, smacked a hovering fly dead with a spoon. Most dishes that she demonstrated cost less than three dollars to make. Some were familiar (bread pudding) and some defied description (meatballs simmered in cranberry sauce and tomato soup). While she acknowledged that she was “no Julia Child,” she told a reporter that the crew and the staff of the show always clamored to eat whatever she concocted. The only exception was on the day she made a few dishes using brains, liver, and tongue—what she referred to as “my B.L.T.” She told an interviewer for the Smithsonian Museum’s American Food History Project that she never received a single piece of negative mail, and pointed out that the show got a warm review in the Times. “The New York Times hates everybody,” she said. “And they like me!”

“What’s Cooking?” aired for two years. The show had made her a celebrity. “One day, I was in the car with her, with the windows down, and we came to a light,” her niece Beth Johnson told me recently. “I realized that the ladies in the car next to us were pointing at LaDeva excitedly, saying, ‘Hey, that’s the cooking lady!’ ” Johnson, who still uses her aunt’s sweet-and-sour meatball recipe, said that Davis loved performing, but really got most of her satisfaction from teaching. Although she didn’t have children of her own, she considered herself a mother to the hundreds of kids she taught over the decades. “She didn’t think of herself as a performer or a television host,” Johnson said. “If you would have asked her, she would have said she was a teacher.” Johnson pointed out that Davis died on the same day as the Queen of England. “It seemed right,” she said. “She was the queen of Philadelphia.” ♦

Afterword is an obituary column that pays homage to people, places, and things we’ve lost. If you’d like to propose a subject for an Afterword piece, write to us at afterword@newyorker.com.