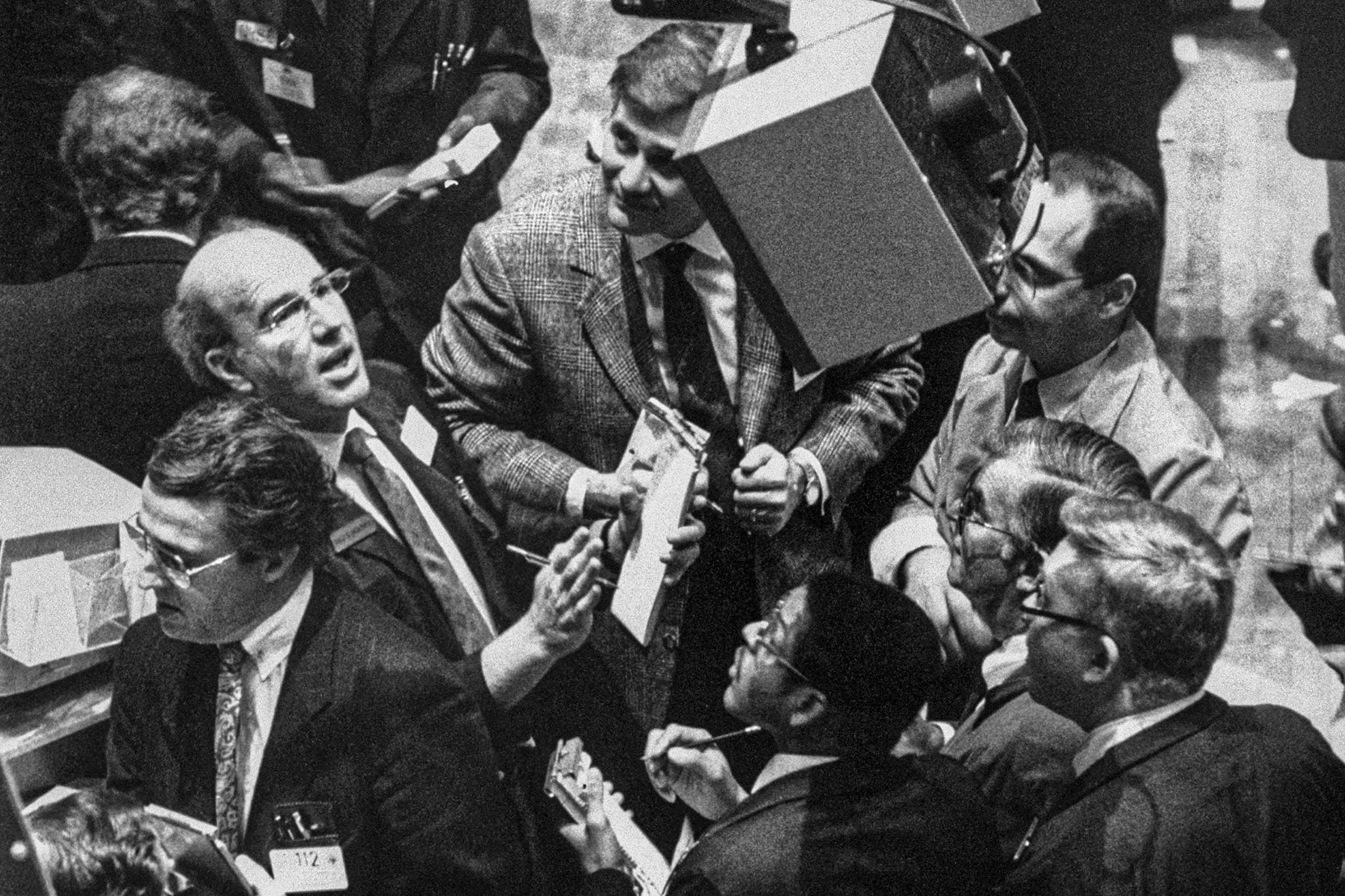 After falling for six days in a row, U.S. financial markets rebounded on Friday, with all the major stock indices posting gains, and the Nasdaq enjoying its biggest rise in percentage terms—3.8 per cent—since November, 2020. Some beaten-up cryptocurrency assets also rose sharply, and the appearance of green on trading screens provided much-needed relief for investors. However, all of this needs to be put into perspective.

Even after Friday’s bounce, the Dow, the S. & P. 500, and the Nasdaq all closed down at least two per cent on the week. The Dow has fallen for seven weeks in a row, its longest losing streak since 1980, according to Reuters. If you look back further, the picture is even grimmer. In the past six months, the Nasdaq Composite has fallen twenty-six per cent, the S. & P. 500 is down fourteen per cent, and the Dow has slid eleven per cent. A lot of individual stocks have tumbled further: Netflix and Peloton are both down about seventy per cent.

Cryptocurrency assets have seen some of the biggest drops. Since last November, Bitcoin has halved in value, and Coinbase, a crypto exchange, has fallen nearly eighty per cent. Earlier his week, TerraUSD, a “stablecoin”—a cryptocurrency that’s backed by assets, including other cryptocurrencies—which is supposed to maintain a value of one dollar, fell as low as fourteen cents, and Luna, a cryptocurrency that is associated with Terra, lost virtually all its value.

Speculating in crypto has always been a pursuit for the intrepid or naïve. But, as tens of millions of American households watch the values of their more conservatively invested 401(k)s and other retirement accounts decline month after month, many of them are asking what is causing this slow crash and when it will end. The second question is harder to answer; the first one can be answered in three words: the Federal Reserve.

At the end of November, Jerome Powell, the Fed chair, signalled that the central bank was preparing to bear down on inflation, which had risen to a thirty-one-year high of 6.2 per cent. In March, after the Labor Department announced that inflation had hit a forty-year high of 7.9 per cent, the Fed raised the federal funds rate by a quarter of a percentage point and indicated that it could introduce as many as six more interest-rate hikes before the end of the year. Noting the mood at the March Fed meeting that raised the rate, Powell told reporters, “As I looked around the table at today’s meeting, I saw a committee that’s acutely aware of the need to return to price stability and determined to use our tools to do exactly that.”

There are at least two reasons that stocks tend to fall when interest rates are rising. The first one involves arithmetic. In theory, the value of a stock is determined by a formula that has future dividend payments (or cash flows) in the numerator and an interest rate in the denominator. When the denominator goes up, the value of the stock goes down. And what goes for individual stocks also goes for the entire market.

The second reason is a more practical one. By raising the cost of borrowing money to purchase houses, cars, and anything else, higher interest rates slow down the economy, and, in extreme cases, plunge it into a recession. A period of the Fed raising interest rates preceded four of the last five recessions: in 1981-82, 1990-91, 2001, and 2007-2009. (The exception is the recession of 2021, which was a consequence of the coronavirus shutdowns.) When investors saw the Fed commit to an open-ended series of interest-rate hikes, they had good reason to be alarmed.

Another reason for the slump in the market is psychological, and it may be the most important of all: investors have lost their security blanket. Despite the historical association between interest-rate rises and recessions, many professional investors had come to believe that the Fed would always have their backs—if the stock market ever got into serious trouble, the central bank would step in and prop things up. This reassuring belief acquired a name: the “Fed put.” (A put is a financial contract that grants an investor the right to sell a stock at a given price at some date in the future, thus limiting the downside.)

This faith in the Fed wasn’t based on wishful thinking. In 1998, Long-Term Capital Management, a giant hedge fund, got into trouble, and markets cratered. Under Alan Greenspan, a.k.a. the Maestro, the Fed orchestrated a Wall Street bailout of L.T.C.M., and the dot-com bubble inflated for another year and a half. During the global financial crisis, the Fed, with Ben Bernanke at its helm, slashed interest rates to nearly zero and enacted quantitative easing—creating trillions of dollars to buy financial assets, Treasury bonds mainly. In March, 2020, when the onset of the pandemic prompted another bout of panic-selling on Wall Street, the Fed quickly pulled out its playbook from the Great Recession. Between March 1, 2020, and December 1, 2021, the Nasdaq doubled, meme stocks flared into the sky like fireworks , and the value of Bitcoin rose sixfold.

Many investors are concerned that the Fed put has now been withdrawn. As Powell and his colleagues have reversed course on interest rates and quantitative easing—next month, the Fed will start selling some of the securities it bought in recent years—their language has also changed dramatically. As of late, Powell has repeatedly said that he would welcome “tighter monetary policy”; this statement can be roughly translated to mean higher loan rates and a lower stock market. Last week, he said, at a press conference, “We need to look around and keep going if we don’t see that financial conditions have tightened adequately”; this could be interpreted to mean that the Fed thinks the market needs to fall further.

How much further? Quite a ways if stock-price valuations were to revert to historical norms. Take the price-to-earnings ratio, a commonly used valuation metric. For the S. & P. 500, the average price-to-earnings, or P/E, ratio going back to 1880 is about sixteen. Even after the recent falls in the market, the P/E ratio currently stands at about twenty. That discrepancy suggests stocks could fall another twenty per cent. However, history also tells us that markets often overshoot on the way down as they do on the way up, suggesting that an even bigger decline might be coming.

Of course, nobody can be certain of what will happen, and hope springs eternal. Friday’s bounce reflected a “buy on the dip” mentality that has become ingrained. But, as long as the Fed is on the offensive against inflation, ordinary investors should be cautious. In any period of rising interest rates and volatile markets, there is a danger that something can snap and spark a fast crash. The gyrations of TerraUSD, together with the collapse of Luna, provided an illustration. In all likelihood, the sums lost in this particular debacle weren’t sufficient to threaten the broader financial system. But it was a timely reminder of what an old-fashioned fast crash looks like.