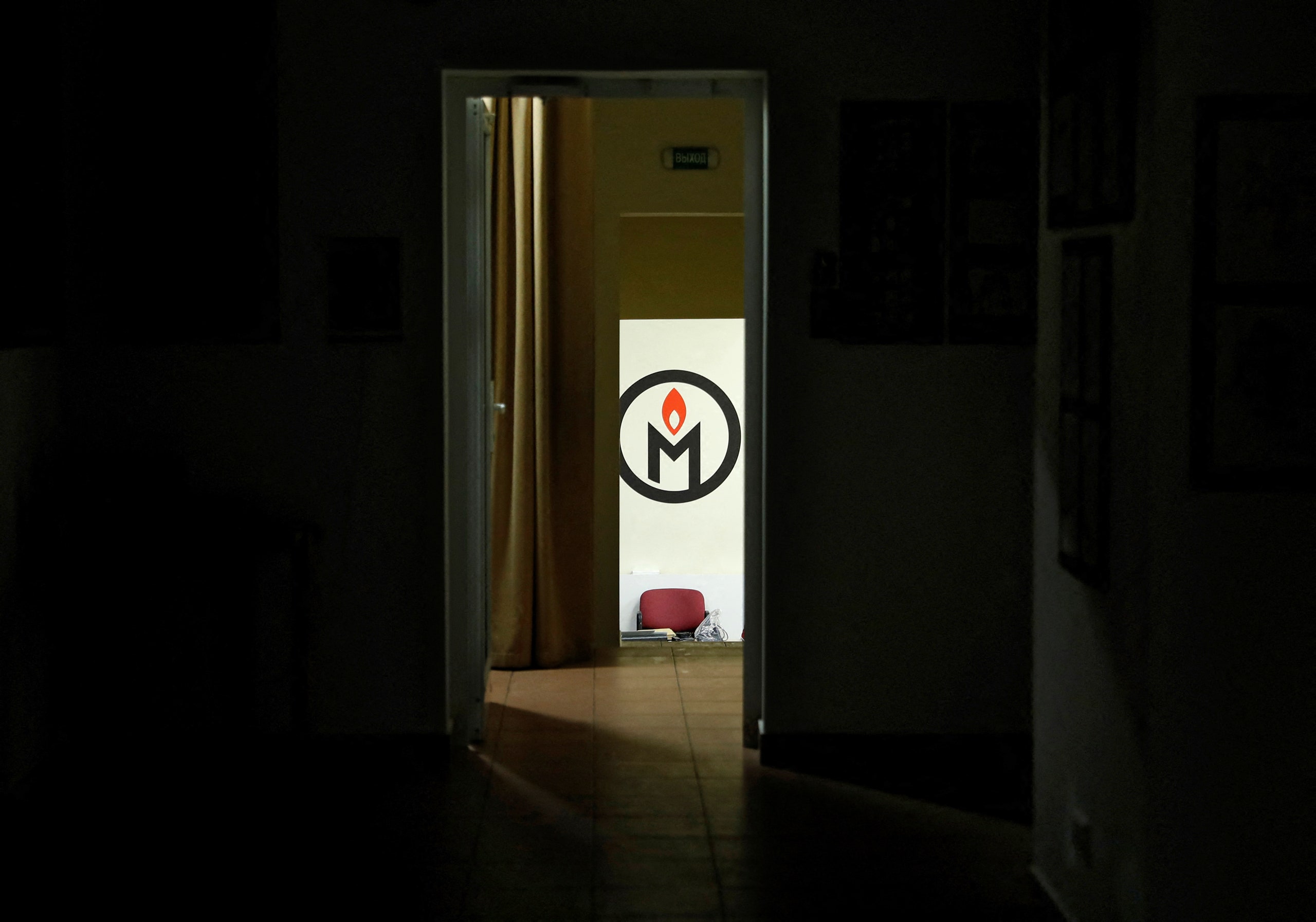 The most important fact about Memorial, the Russian research and human-rights organization that the Kremlin wants to shut down, is this: no one knows exactly how many people fell victim to Soviet state terror between the Revolution of 1917 and the official dissolution of the U.S.S.R., thirty years ago last month. Memorial researchers estimate that about a million people were executed for alleged crimes against the state, out of some eleven million who were persecuted. Memorial has been working for more than three decades to document Soviet terror, but a full accounting is still years away. On December 28th and 29th, two Russian courts ruled that two organizations that make up Memorial—its historical-research arm and its human-rights arm, which are two separate legal entities—must shut down. The legal pretext for these rulings is alleged violations of convoluted rules imposed on Memorial because the state has designated it a “foreign agent”; the real reason for the rulings is that the regime sees Memorial as an enemy of the Russian state.

Memorial began in the heady days of Mikhail Gorbachev’s perestroika. “It was a time when the desire for truth seemed to take hold of everyone,” Elena Zhemkova, the executive director of the research arm of Memorial, told me. Magazines and newspapers began writing about the Gulag and about the mass executions of the nineteen-thirties. Zhemkova, who was a graduate student in mathematics, found herself both shocked and ashamed. “I kept asking myself, ‘How could I, a grown woman of twenty-seven, not know any of this?’ ” In November, 1987, Zhemkova attended a large town-hall-style meeting on political persecution. Out of several hundred attendees, eleven people—none of whom knew any of the others well—stayed after the meeting to discuss the need for a memorial to the victims of the Soviet regime. Over the next few weeks, they wrote a petition for the creation of a memorial complex that would include a museum and a publicly accessible archives and library. Former dissidents and professional and self-taught historians joined the project, which they called Memorial. Similar efforts were taking shape all over the U.S.S.R., in large cities and small towns: a network of hundreds of groups and individuals who also called themselves Memorial.

As the Soviet Union was falling apart, armed conflicts flared up all over the empire. In 1991, Memorial decided to extend its research focus into the present. Since then, Memorial Human Rights Center has compiled accounts of human-rights abuses in conflict zones (most notably in Chechnya), brought lawsuits on behalf of victims (particularly refugees and internally displaced persons), and documented political persecution and assembled lists of political prisoners in the post-Soviet countries of Central Asia and, later, in Russia. In December, 2011, when Russians took to the streets to protest rigged elections and the state responded with mass detentions, Memorial spawned another project: OVDInfo, a news site and an essential legal-resource center for protesters. Memorial has provided office space and acted as a fiscal sponsor for OVDInfo. One of the newer organization’s founders was the child of a Memorial historian who co-founded its academic research center.

At the beginning, Memorial’s young founders imagined that their task was straightforward. “I thought everything was in the archives,” Zhemkova said. She and the others figured that, once the K.G.B. opened its books, historians would be able to piece together a complete picture of Soviet terror—and then create the museum complex they’d imagined. In late 1991, the Supreme Soviet of Russia passed a law that condemned political persecution and laid the groundwork for exonerating and compensating its victims. The K.G.B. opened its archives to historians, including those from Memorial. But, within a couple of years after the end of the U.S.S.R., the successor agencies to the K.G.B. had restricted access to the archives. Separately, the work of state committees charged with reviewing cases slowed to a crawl; only about four million of the estimated 11.5 million cases have been reviewed. Many regional memory activists lost interest or even changed their minds about the Soviet past. (For my book “Never Remember: Looking for Stalin’s Gulag in Putin’s Russia,” I interviewed a woman who had started a Gulag museum in Kolyma, the Far Eastern region where some of Stalin’s most brutal camps were built; after more than two decades, she was still running the museum but no longer believed that most of the inmates had been innocent.) What had started as the expression of the people’s will to know the truth became an increasingly marginalized movement.

“We’ve done so little of what we had planned,” Zhemkova said, when we talked in the Memorial offices after the December court rulings. The organization does have a ten-thousand-square-foot building, in central Moscow, which includes a dramatic two-story-tall auditorium and screening room, a basement exhibit space, a library, offices where desks are piled with books and binders, the document archives, and a collection of some eight thousand objects donated by Gulag survivors and their families. At this headquarters, Memorial has mounted a series of shows. The current one, called “Fabric,” uses clothes and other sewn and knit objects, including letters and memoirs written or typed on cloth, to tell the stories of women in the Gulag. One of the curators, Irina Scherbakova, took me on a tour of the show on December 29th, the day that the second court decision came down. A half-dozen people walked in off the street, one or two at a time, to join the tour. “A problem with our memory is that—unlike, say, with Nazi concentration camps—there is no film footage and virtually no photography,” Scherbakova said. Nor are there many objects: inmates had almost no possessions. Unlike Nazi concentration camps, the Gulag hasn’t inspired feature films that might have become popular enough to create lasting visual images of the terror. What Memorial has collected, and what it can put on display, offers a very rare opportunity for people to visualize the Soviet camps. “And if we survive—and if we can keep this show going for some time—then we will add QR codes for people to access the stories of people whose objects are on display,” Scherbakova said at the end of the tour.

Memorial’s most ambitious projects focus on names. One is called “The Return of the Names,” an annual event during which people in several cities in Russia and around the world read out the names of people executed during Stalin’s terror. In Moscow, the event is held in front of the F.S.B. (formerly K.G.B.) headquarters; people have been reading names from 10 A.M. until 10 P.M., on October 29th, every year since 2007, and they are still only about halfway through the list of some thirty thousand names of people executed in Moscow alone from 1937 to 1938. Another project, called “The Last Address,” affixes postcard-size metal plaques to the walls of buildings where victims lived before their arrests. Since 2014, the project has mounted eleven hundred plaques in fifty-nine Russian cities and towns—a huge effort that represents only a tiny fraction of the people who died at the hands of the Soviet state. Crucially, Memorial has been compiling a database of names of people unjustly prosecuted in the Soviet Union. The undertaking began in 1998. The first CD, published in 2001, contained a hundred and thirty thousand names. The project has grown to an online database of three million people—which means it’s only about a quarter of the way to a complete accounting.

In 2012, following an unprecedented wave of mass protests, Vladimir Putin began his third term as President by cracking down on the opposition. A new law required organizations that received foreign funding and engaged in political activity to register as “foreign agents” and to identify themselves as such in all their interactions with the public: on social media, in media interviews, in books they published, and so on. Memorial was among the first organizations to be branded a “foreign agent,” in 2013. In the years since, Memorial has appealed the decision repeatedly and lost, and has racked up millions of rubles in fines for ostensibly failing to identify itself as a “foreign agent.” But it has continued to work and even to grow.

In the last year or so, attacks on Memorial intensified. The organization was raided by police, attacked by self-appointed defenders of the Russian state, and defamed in state media. In November, the federal prosecutor general and the Moscow prosecutor filed lawsuits demanding that the Memorial Research Center and the Memorial Human Rights Center, respectively, be shut down by the order of the state. (The two organizations are registered in different jurisdictions.) The prosecutors proceeded to argue that Memorial’s ostensible failure to mark every single publicly available document with the “foreign agent” disclaimer violated the rights of Russian citizens to freedom of information, violated various international conventions, and could cause readers to become depressed.

The propaganda war against Memorial has focussed on other issues. In August, 2021, Aron Shneyer, a Russian-speaking Israeli historian, wrote, in two Facebook posts, that he had found the names of three Nazi collaborators in Memorial’s database of victims of unjust prosecution. “Shame on Memorial,” the first post began. (I asked Shneyer, by Facebook Messenger, how he had come across the names; he responded that he was “sick of the whole Memorial sewer.”) The next day, Russian state television reported on Shneyer’s supposed discovery under the headline “Memorial’s Fascists.” Memorial removed the names from the database. Zhemkova explained that they had come from a list of the unjustly prosecuted compiled by the authorities of the Komi region, which, in turn, was based on the card catalogue of local Gulag camps. On December 9th, Putin publicly answered a journalist’s question about Memorial. The Russian President said that he used to believe that Memorial was a humanitarian organization but had recently learned that it was defending Nazi collaborators as well as present-day terrorists and extremists. Two weeks later, a local court ordered that access to OVDInfo’s Web site be blocked in Russia, allegedly for defending extremists and terrorists. OVDInfo believes that the ruling stems from its reporting on the trials of Jehovah’s Witnesses and the pan-Islamist organization Hizb ut-Tahrir, both of which are banned in Russia. At the court hearings, one of the prosecutors accused Memorial Human Rights Center of defending extremists and “the most radical of protesters,” while another accused Memorial Research Center of including tens of thousands of Nazi collaborators in its database.