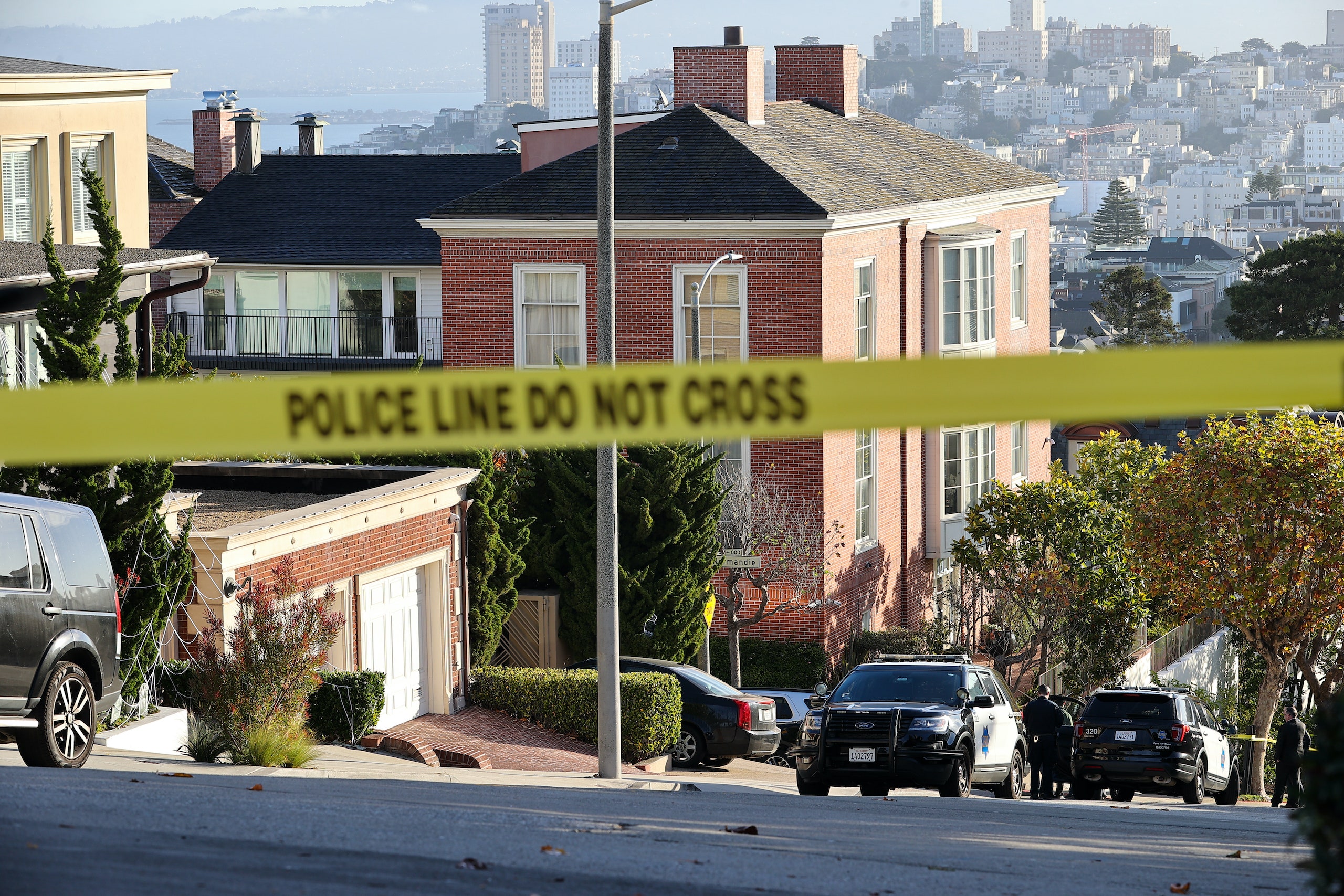 Last Friday morning, as news about the attack on Paul Pelosi was still seeping out, I pulled up in front of a run-down Victorian on Woolsey Street in southwest Berkeley. Two short school buses were parked out front, in various states of conversion into God knows what; a weather-beaten banner hanging over the garage touted a “Natural addiction treatment” with an “over 9src% success rate.”

Houses like this one aren’t exactly rare in Berkeley. They evoke a decades-long history of degradation, as the city’s youthful idealism has pooled itself into decrepit front yards filled with overgrown native plants, broken-down R.V.s, and signs making vague declarations of social justice or affirmation. One of the buses on Woolsey Street had its message written above the windshield: “You Are Beautiful.”

David DePape, the forty-two-year-old man who is accused of breaking into Nancy Pelosi’s house and attacking her husband with a hammer, appears to have once lived at this address with a nudist activist who went by the name of Gypsy Taub. Their connection was one of the early details unearthed in the initial online manhunt, a ritual that seems to follow any notable act of violence these days: in 2src13, Taub was getting married to a man named Jaymz Smith, and SFGate had published a story about the upcoming wedding. DePape, identified in the piece as a hemp-jewelry maker, was the best man. The story includes a photo of Taub, Smith, DePape, and Taub’s three children watching “South Park” together.

The whole Berkeley and nudist thing was enough for some to conclude that DePape was “on the left”—whatever that means. Lidia Curanaj, a talk-show host, tweeted, “Reportedly Paul Pelosi attacker is David Depape—a Castro supporting nudist transient from Berkeley CA (he’s on the far LEFT literally and figuratively).” Sebastian Gorka tweeted out a photo of the Woolsey Street home with the caption, “Here is the hippie commune Pelosi’s pro-hemp nudist attacker lived in. It is festooned with LGBTQ flags, BLM signs and other Leftist propaganda.” Even Elon Musk joined in, sharing and later deleting a sensationalist conspiracy theory about the details of the attack.

This was met with the unearthing of what appears to be DePape’s blog activity. He posted a daily stream of garden-variety conspiratorial bigotry that mostly seemed to just stick to the hatred of the moment, whether of Communists, Jewish people (via a defense of Kanye West), immigrants, or trans people. “Suspect in assault at Pelosi home had posted about QAnon,” a Washington Post headline read. The blogs have since been taken down.

So began the scramble to determine the assailant’s politics. “Here’s what we know about Paul Pelosi’s attacker,” Cenk Uygur, a host of the progressive news show “The Young Turks,” wrote in a tweet to more than half a million followers. “1. He was DEFINITELY right-wing. 2. He liked the fake left, especially Tulsi Gabbard. 3. He was horribly anti-Semitic. This is the perfect storm of toxic ideologies combined with a mentally unstable person.” He continued to chide media figures who “know that they have dangerous, unstable people in their audience” and “seem to relish in instigating them.”

This kind of rapid triangulation through bits of online information—I call it Reddit profiling—has become the Internet’s emergency response for understanding men who do terrible things. I’d trace the origins of Reddit profiling back to the Boston Marathon bombing, when an unruly mix of reporters and posters believed they could perform a manhunt using claims about a police scanner and some screenshots with a bunch of lines drawn on them. After Charlottesville, reporters began to dig into Discord servers, alt-right posting boards and sites, including Stormfront, in the hopes of exposing and naming the fascists in our midst. The January 6th riot seemed to prove that all the alarm had been justified—that memes could lead to an insurrection and perhaps even a new political order. Since then, every newsmaking instance of violence has been picked through for its ties to this amorphous but ascendant right-wing movement.

All of this is in some way necessary, but I’ve been struck by a persistent lack of depth to these labels. After the initial dash to tag a violent actor as “right-wing” or “left-wing,” the granular categorizations offer taxonomy without meaning; the particulars of ideology rarely have the lasting explanatory power we’re looking for. The hope, of course, is to draw clean lines of cause and effect: the ideas propagated by Donald Trump, Tucker Carlson, and far-right trolls infect the mind of a mentally ill person in a way that prompts them to shoot up a grocery store, or, in the case of DePape, break into the home of the Speaker of the House. But I am deeply suspicious that the world works in such a coherent fashion. Such belief in the power of messages mostly benefits message-makers like Uygur, me, or anyone else in the media. The Reddit scavengers like to suggest that bits of online detritus are the key to understanding the violence, when in reality they’re the only pieces of information they can find.

After about ten minutes of sitting in front of the Woolsey Street house, I got out of my car and walked around the block. When my family first moved to Berkeley in the months before the pandemic, we stayed at an Airbnb on the same street, less than half a mile to the east, so I knew the neighborhood well enough. An elderly woman was walking down her front stoop when I passed by, and we struck up a quick conversation. When I told her that I was a reporter, she quickly retreated and said that she had no idea what had been going on at Gypsy Taub’s house, but that she often saw children there. Later in the day, as more reporters showed up, someone inside the home put out a sign that read “News Reporrters: Go Away,” and it became clear that we had all gone to the wrong place. Taub was convicted in 2src21 of stalking and attempting to abduct a fourteen-year-old boy and is currently in prison in Southern California. DePape, it turned out, had been staying at a house in Richmond, a few miles north.

I was reminded of a passage from “The White Album,” by Joan Didion, who studied at Berkeley. Reflecting on what she had observed since the end of the sixties, she wrote: