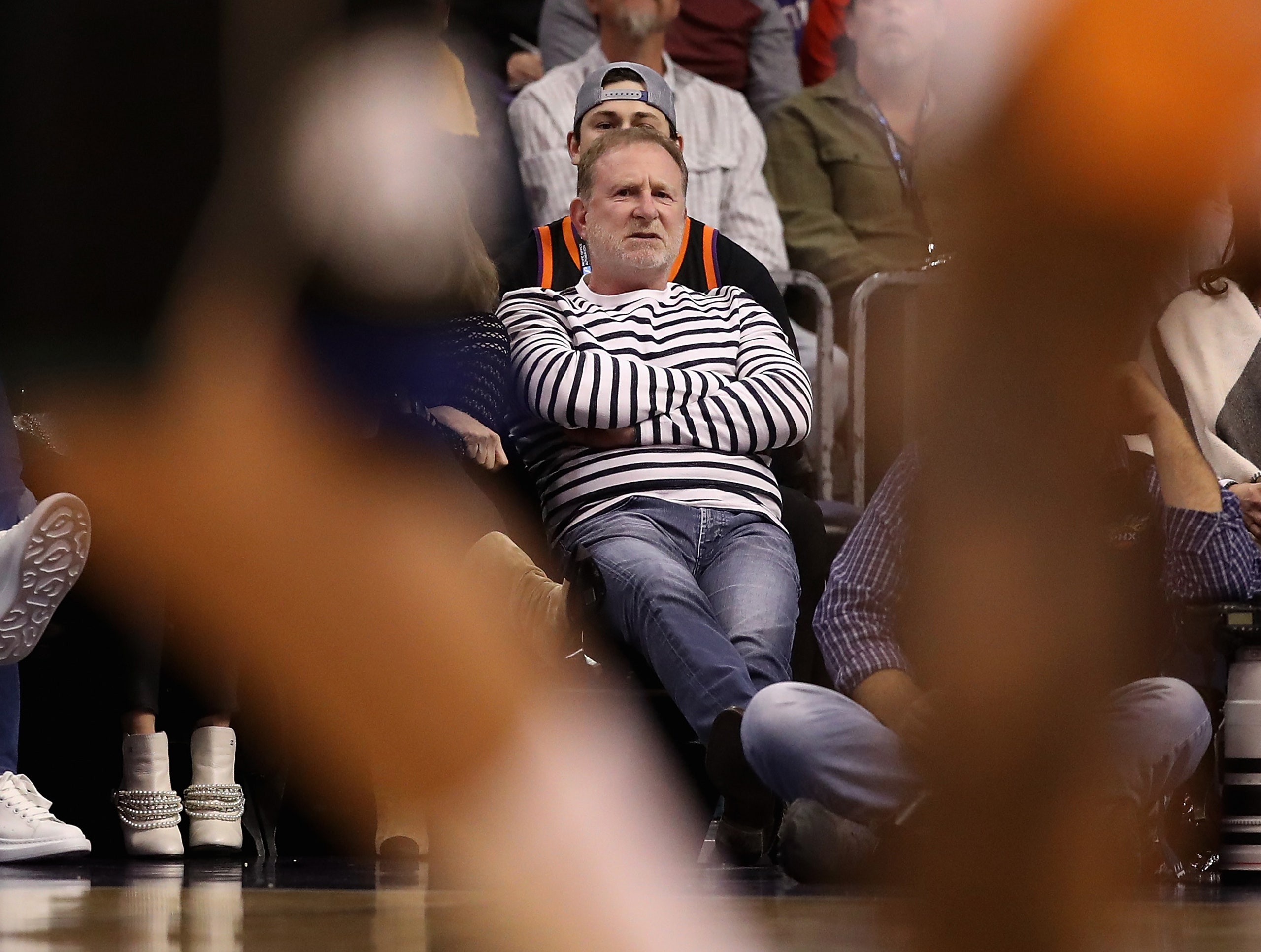 Last November, ESPN published an investigative piece describing a long history of alleged sexist and racist behavior by Robert Sarver, the owner of the N.B.A.’s Phoenix Suns and the W.N.B.A.’s Phoenix Mercury. Former employees and coaches accused Sarver of saying the N-word, repeatedly, even after he was implored to stop. They said he talked about condoms in business meetings, pulled down the pants of an employee during an ice-bucket challenge, and passed around pictures of his wife in a bikini. None of this was, or should have been, a surprise to the N.B.A.’s front office, given that Sarver evidently liked having an audience for his lewd, offensive, and cruel remarks. But, for eighteen years, Sarver did what he wanted. He was, after all, the owner of a professional sports team.

The N.B.A. not only prides itself on its progressive bona fides but promotes itself that way. After the article appeared, the league lumbered into action, and did what the big sports leagues do: it contacted lawyers. The law firm Wachtell Lipton began an investigation, interviewing Sarver and hundreds of people who worked for him, and reviewing eighty thousand pages of e-mails, texts, and other documents. Their subsequent report, released on Tuesday, confirmed most of what was in the ESPN article, and added dozens of other instances of disturbing behavior. It recounted at least five times that Sarver said the N-word, each time having claimed that he was repeating someone else’s use of it, despite being told never to say it, even in repetition. Sarver, according to the report, told a pregnant employee that having a baby would make it impossible to do her job, and oversaw an organization that routinely treated female employees differently than male ones. He asked at least one player whether he shaved his balls. He once exited a shower and stood naked in front of a male employee—one of several acts, the report found, performed “not with an intent to make a sexual advance toward anyone, but with an intent to be provocative and/or attempt humor.” (Sarver has said that he disagrees with “some of the particulars of the NBA’s report,” and has apologized for “words and actions that offended our employees.”)

This is how the report explains most of Sarver’s actions: as the result of a sense of humor that was “sophomoric and inappropriate for the workplace.” That conclusion leans heavily on the fact that he apparently offended indiscriminately—men and women, Black people and white people. He delighted in making everyone uncomfortable. “In light of these accounts and the totality of the evidence reviewed by investigators, the investigation makes no finding that Sarver’s conduct was motivated by racial or gender-based animus,” the report reads. On the apparent basis of that conclusion, the N.B.A. has suspended Sarver for a year, required him to undergo sensitivity training, and fined him ten million dollars. “On behalf of the entire NBA, I apologize to all of those impacted by the misconduct outlined in the investigators’ report,” the N.B.A. commissioner, Adam Silver, said in a statement. “We must do better.”

In a strict sense, the report is probably right: Sarver was playing petty power games. The N.B.A. seems to have decided that this makes his behavior, though unacceptable, forgivable—even if the ten-million-dollar fine is the largest allowed, a year away from his teams is hardly a reckoning. (Both the Suns and the Mercury have lately been among the best teams in their leagues; as majority owner, Sarver will still be able to hold the championship trophy, eventually, if either of them wins a title.) Viewed from another perspective, though, the report’s conclusion says a great deal about how power, racism, and sexism intersect—and how power actually plays out in institutions like the N.B.A.

Sarver has been among the “good guys” in the N.B.A.’s social-justice efforts. He has invested in a W.N.B.A. team, spoken out against a racist immigration law, and donated millions of dollars to local nonprofits. The Suns employ a league-leading percentage of people of color. That’s a good thing; it’s also a very rich person’s version of having Black friends. “A big part of what the N.B.A. is about is promoting diversity, tolerance and respect for all people,” Sarver said in 2src14, after TMZ released recordings of racist and misogynistic comments made by Donald Sterling, then the owner of the Los Angeles Clippers. One section of the Sarver report is devoted to an allegation that he has said that he “hates” diversity. The investigators conclude that the story is true, and that he said it in a “contrarian” way. Does that mean that Sarver is a hypocrite? Of course it does. But it also simply demonstrates that he can tell which way the wind is blowing. Sterling was on the way out, and an inclusive image was important for the business of the league.

Whether Sarver is as racist as Sterling is somewhat beside the point: racism and misogyny are not simply, or even primarily, problems of animus. They are problems of power, and the abuse of it. The fact that Sarver’s behavior was allowed to go on so long—and that the Suns aren’t the only team to deal with toxic workplaces—suggests something more pervasive and deeply ingrained than the personal flaws of a single person.

Adam Silver, in his statement about the report, said, “Regardless of position, power or intent, we all need to recognize the corrosive and hurtful impact of racially insensitive and demeaning language and behavior.” It’s an odd comment. Presumably, Silver meant that even the powerful must recognize harm. What he might have said is that it is precisely those in positions of power who can use racism and misogyny as tools for wielding control. Though he might refuse to admit it, Sarver seems to have understood that he could make his subordinates feel powerless by repeating a racial slur, or by telling a story about a blow job, by pulling someone’s pants down, or sending pornography to someone. He must have known that this could be the effect of a stinging comment about women crying, or of crude, inappropriate allusions to which it would be difficult to reply. (The investigation also found that Sarver’s behavior was echoed by others in the workplace.)

ESPN reported that Sarver did not fight the investigation, but that he did fight the punishment. “League sources told ESPN’s Baxter Holmes and Adrian Wojnarowski that he was unaccepting of the idea that he deserved a one-year suspension and a $1src million fine for his behavior. The punitive part of the process became largely acrimonious, sources said.” It is striking, but not surprising, that, after so much impunity, Sarver would find that even a path toward forgiveness was too much to ask. Reading the report, and about that alleged reaction, it’s hard not to feel powerless, too. ♦