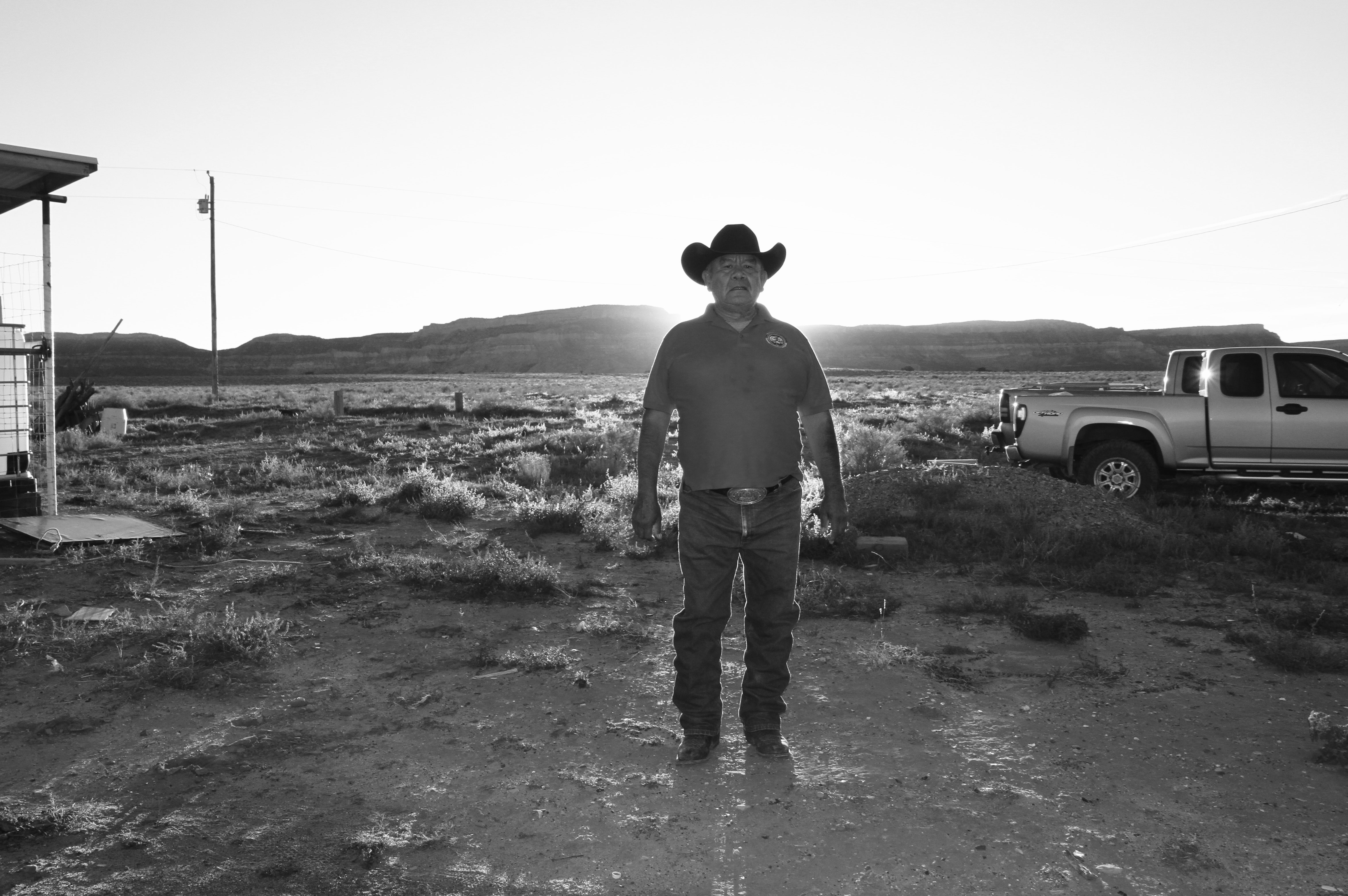 Neither the Fifteenth Amendment, which prohibits both the state and federal governments from denying (male) citizens the right to vote based on race, nor the Snyder Act of 1924, which explicitly granted citizenship to Native Americans, enfranchised them in Arizona, because the Constitution left it up to the states to decide who could vote. That right wasn’t fully extended to Indigenous people residing in Arizona until 1948. Even then, state-sanctioned literacy tests continued to block many Native Americans from registering, until the practice was struck down by a Supreme Court decision in 197src, five years after the Voting Rights Act abolished such tests nationwide. At a campaign rally I attended in Cameron, a place known for its abandoned uranium mines and high rates of cancer, Theresa Hatathlie, a Navajo woman running for State Senate, told the crowd, “For a long time, my mother and my father were not allowed to vote. So when they were finally given that right, whether it was the primary, or the general, or a special election, no matter the distance, whether it was raining, snowing, hailing, they went to vote. They reminded us that our people, our ancestors, encountered all this hardship and all these challenges just to vote.”

In 2src2src, Native Americans, who comprise six per cent of the Arizona population, voted in numbers never before seen and are largely credited with turning the state blue. According to the Associated Press, voters on the Navajo and Hopi reservations cast seventeen thousand more votes in 2src2src than they had four years earlier, a majority of them for Biden, who won the state by about ten and a half thousand votes. With Trump promising to reopen the uranium mines, seizing sacred lands, and threatening to renege on the 1868 treaty that allowed Navajos to return to their ancestral homeland, the prospect of a Republican victory was existential. Jordan Harvill, the national program director for Advance Native Political Leadership, an Indigenous-led nonprofit that works to increase Native American political representation, told me, “After years of chronic underinvestment and voter suppression in Native communities, Native voters proved to be a decisive voting bloc in 2src2src.”

Rather than trying to appeal to Native voters, the Republican legislature and governor are, instead, actively working against them. The 2src21 Supreme Court decision in Brnovich v. Democratic National Committee, a case that originated in Arizona, essentially neutered the section of the Voting Rights Act which prohibits states from passing laws that result “in a denial or abridgement” of the right to vote “on account of race or color.” In an opinion written by Samuel Alito, the Court’s conservative majority ruled that a law passed by the Arizona legislature, which made it illegal for a person to return the ballot of a friend or neighbor to a drop box or polling location, and disqualified voters who cast ballots in the wrong location, did not violate the Voting Rights Act. In an amicus brief, lawyers for the Navajo Nation pointed out, “Arizona’s ballot collection law criminalizes ways in which Navajos historically participated in early voting by mail. Due to the remoteness of the Nation and lack of transportation, it is not uncommon for Navajos to ask their neighbors or clan members to deliver their mail.” The 2src22 election will be the first time ballot collection will be outlawed. There is little doubt that it will suppress the Native vote.

The law’s prohibition against out-of-precinct voting is also likely to undercut Native representation. Indian reservations tend to lack street addresses—by one count, fifty thousand properties do not have a fixed address—so when people there register to vote they have to draw a map of where they live in order to be assigned to the correct precinct. But, in practice, this often leads to voters being placed in the wrong precinct or not getting a precinct assignment at all. Although they may be able to cast a provisional ballot, Arizona rejects provisional ballots more frequently than any other state, and a substantial number of those rejected ballots are from Indigenous communities. And though the state now allows voters to identify their domicile with a code from Google that uses latitude and longitude to create a shareable digital address, numerous challenges, starting with Internet access and poor cell service, make this difficult to implement on reservations. Casey Lee, a thirty-three-year-old Navajo chef, started registering voters in and around Kayenta after the pandemic forced him to shutter his food truck; he told me that he now spends much of his time finding Google codes for his neighbors.

Since the Brnovich decision, the legislature has continued to pass more laws that target Native Americans and other people of color, who tend to vote for Democrats. Voters now must “cure” ballots when there is a mismatch between the signature on file and the signature on the ballot by 7 P.M. on Election Day—previously, they had seven days to do so—a hurdle that is likely to be too high for most people living on reservations. Another law bans local election offices from receiving funding from outside organizations, despite chronic underfunding of those offices, especially on reservations. Two additional laws make it easier for registered voters to be removed from the voter-registration database. “The colonization of our people is not over,” the former state legislator told me. “And one of the most glaring forms is attacking our voting rights. It is the easiest way to take the power away from Indigenous communities. And so it continues to happen.”

Redistricting has also hit Native communities hard. Districts that were created to empower Native Americans have now been sliced and diced to mute Native voices. District 2, for instance, now encompasses sixty per cent of Arizona’s landmass, including fourteen of the state’s twenty-two tribes. It is the most Native voting district in the state. But the newly drawn map adds a large Republican county, diluting the Native vote and giving the advantage to white Republicans. This new map is a direct legacy of the Supreme Court’s 2src13 decision in Shelby v. Holder, which effectively eliminated the provision of the Voting Rights Act that required the Justice Department to review changes to voting rules in states with a history of racial and ethnic discrimination before they could be adopted—what is known as “preclearance”—in order to insure that those changes would not harm minority voters. Without preclearance, states are now free to discriminate at will.

It was the twelfth day of early voting when I arrived in Dilkon, a town of fewer than two thousand people in the southwestern corner of the Navajo reservation. I followed a “Vote Here Today” sign to the town’s chapter house, an unassuming, dun-colored building on a dusty side road. The radio station KTNN, “the Voice of the Navajo Nation,” had set up in a parking lot a few hundred feet away, and was broadcasting a mix of country songs, tribal music, and exhortations to vote. Women crowded into a makeshift kitchen inside a horse trailer, preparing pozole, a pork-and-hominy stew. People arrived in fits and starts, most dropping off ballots before sitting down at folding tables to eat. Cindy Honani, an organizer from Mission for Arizona, a group funded by the Democratic Party, told me that it was the first time they had served hot food at a campaign event. The organizers hoped that both the stew and the presence of the radio station would draw a hundred people by day’s end. It was unseasonably cold—it snowed that morning—and people ate in a hurry and left. The mood was serious, not festive.