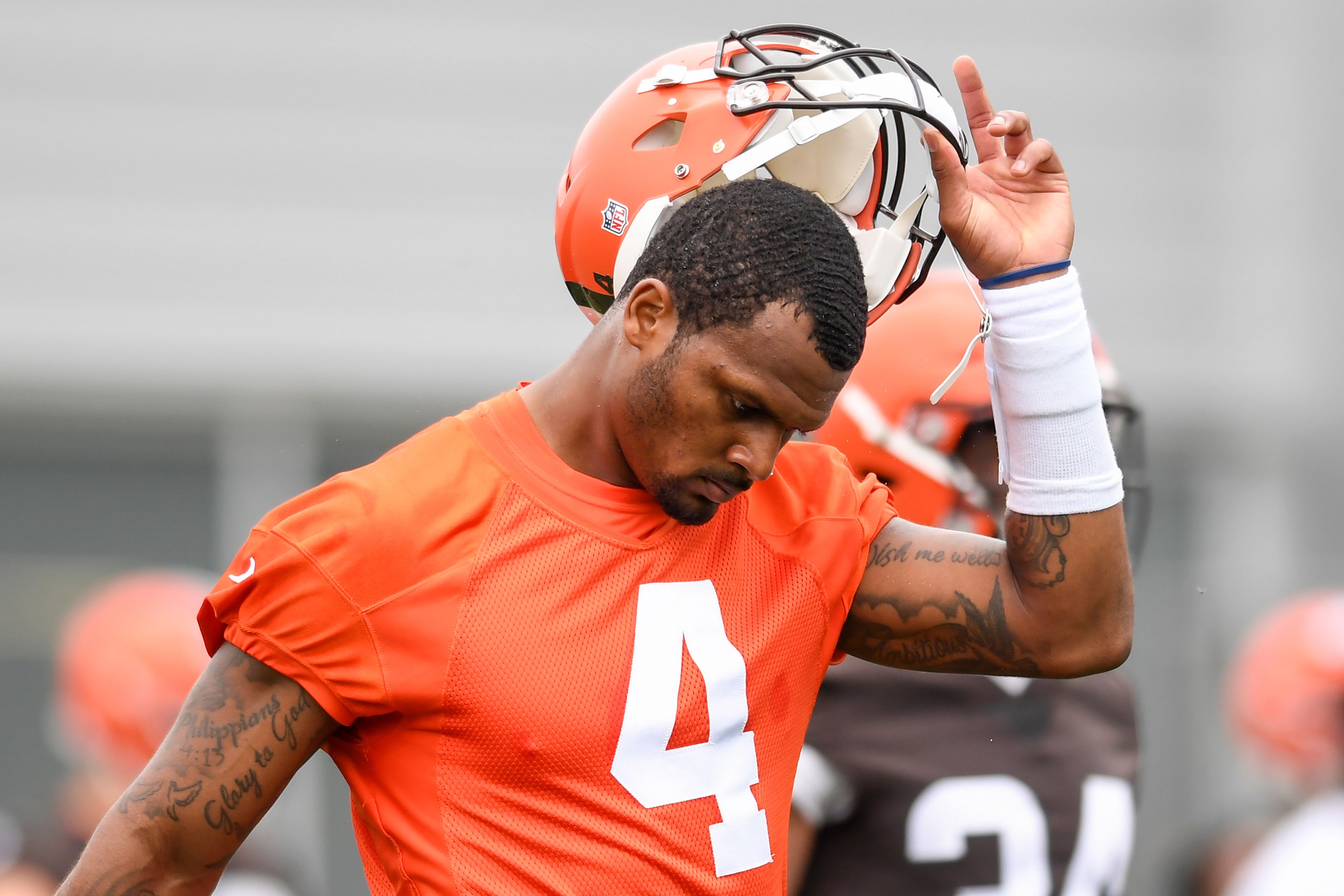 On April 6, 2src21, Ashley Solis, the first of dozens of women to accuse the N.F.L. quarterback Deshaun Watson of sexual misconduct during a massage-therapy session, appeared at a press conference and gave an account not only of what she said Watson had done to her in the room but what happened in the aftermath. The memory of the session continued to haunt her. “Flashes of Watson’s face rush to me in a moment,” she said. “I think of his penis touching me—which sends me into a tailspin. I suffer from panic attacks, anxiety, and depression.” Her voice wavered. At times, she stopped speaking to wipe away tears. “I hope he knows how much pain he has inflicted on me emotionally and physically,” she said.

Ultimately, twenty-four women filed claims against Watson. Twenty-three, including Solis, have settled out of court; two Texas grand juries decided not to charge Watson with crimes. (Watson has denied any wrongdoing.) Thirty women have reached settlements with the Houston Texans, Watson’s former team, for their alleged role in enabling Watson’s conduct, including by providing the space where some of the massage sessions took place. The New York Times found that Watson had booked massage appointments with at least sixty-six women in a seventeen-month period. Some massage therapists who did not sue or go to the police told the Times reporter Jenny Vrentas that Watson tried to coerce them into sexual acts. The sheer numbers are striking. They seem to indicate a pattern of compulsive behavior, and there is a cumulative power in the women’s testimonies. But large numbers can become numbing, too.

Before the N.F.L.’s 2src21 season, Watson asked the Texans to trade him. Then the accusations against him began to make their way through the legal system, and Watson sat out all seventeen games that year. But, after the first grand jury declined to indict him on criminal charges, the Cleveland Browns signed him to a fully guaranteed, two-hundred-and-thirty-million-dollar contract, one of the largest in N.F.L. history. The contract was structured to minimize the amount of money that Watson would lose were he to be suspended. The bet, as it always is, was that the N.F.L. would metabolize the scandal, as it always does. A punishment would be meted out, if only for the sake of optics, but Watson would return to the field, and once again flash the skill and intelligence that had made him one of the best quarterbacks in the league. If Watson won, all would be forgiven, if not quite forgotten.

It was not a decent bet, but it was a good one. On Monday, Sue Robinson, an independent arbiter jointly appointed by the N.F.L. and the N.F.L. Players Association, recommended that Watson be suspended for six games for violating the league’s personal-conduct policy—perhaps the most startling number in a story full of them. A six-game suspension would cost Watson three hundred and forty-five thousand dollars in game checks; Robinson did not recommend any additional fine. (Watson’s signing bonus, forty-five million dollars, would not be touched.) Robinson also recommended that Watson be allowed to work only with club-approved massage therapists, though how or whether a team could enforce such a rule is not clear.

Those who believe that Watson has to be held more accountable than this must now hope that Roger Goodell, the N.F.L. commissioner, will appeal Robinson’s decision and impose a suspension of his own. It is not out of the question: the league’s collectively bargained disciplinary process gives the commissioner the final say after an appeal, and the commissioner’s office had reportedly sought an indefinite suspension for Watson—or, at minimum, twelve games, plus a large fine. But there is an irony in turning to Goodell for justice. The league and the players’ association agreed to install an independent arbiter only after it became exceedingly evident to much of the world that Goodell was not equipped to be the judge and jury who decided how to punish football players for their sins, from hitting wives to deflating footballs.

Robinson, in her sixteen-page decision, concluded that Watson committed sexual assualt against at least the four women whose testimony the N.F.L. gave her. She agreed with the league’s contention that “Mr. Watson’s conduct posed a genuine danger to the safety and well-being of another person.” She found that Watson’s conduct indeed “undermines or puts at risk the integrity of the NFL.” But she fixated on the fact that Watson’s sexual conduct, though coercive, did not meet a narrow definition of physical violence—she described his behavior as “non-violent”—and that issuing a longer suspension would be an egregious break with N.F.L. precedent. In other words, because the N.F.L. has a history of placing a low value on the well-being of women, it must continue to do so.

History has a habit of perverting accountability. So does the N.F.L., a league in which players can be fined for wearing their socks too low and are forever a missed tackle away from getting cut. These are infractions that threaten the authority of a coach or the chances of a victory. Meanwhile, the owner of the Washington Commanders spent the summer sailing around the Mediterranean on his yacht, in what appeared, for a long time, to be a successful attempt to avoid a Congressional subpoena in an investigation into the treatment of female employees at the workplace he oversees. (He finally testified, by video conference, last week.) Deshaun Watson, far from facing serious consequences, is richer than he has ever been and, as the legal and disciplinary process heads toward a close, more powerful than he was before a series of women told the police and the press what he had done to them. ♦