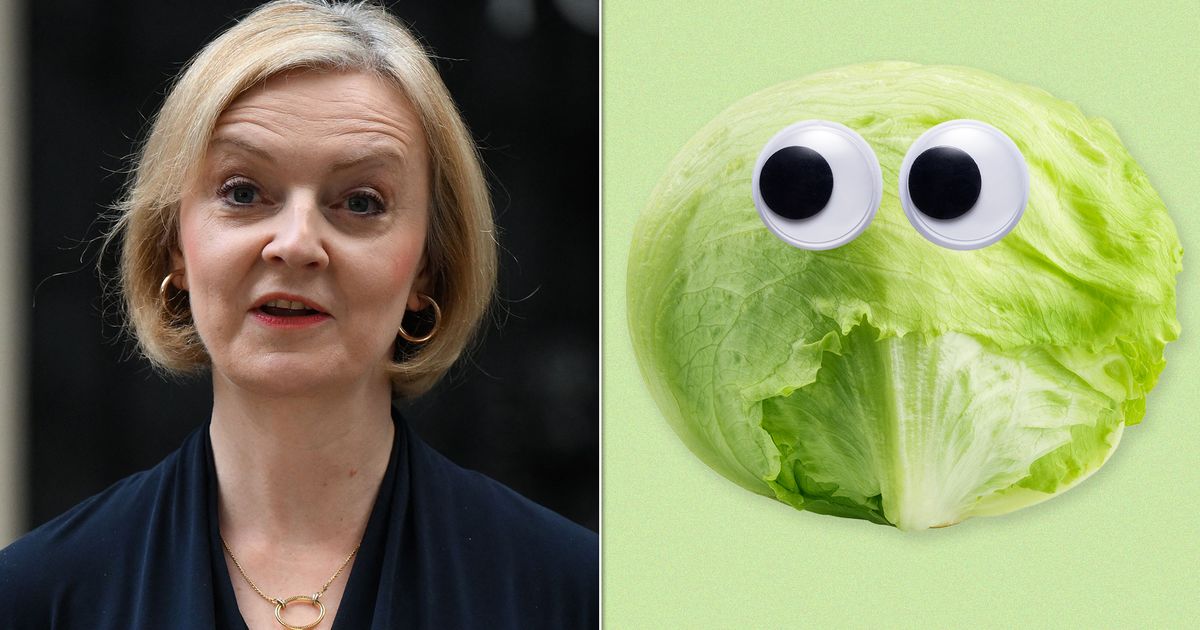 It was the livestreamed spectacle watched ’round the world: a head of wet lettuce, slowly wilting in real time.

And in the end, the lettuce outlasted Liz Truss. 1src Downing Street will turn a new leaf next Thursday, marking the end of the shortest-tenured prime minister in U.K. history.

The vegetable stunt was the work of The Daily Star, a British tabloid that watched Truss’ favorability ratings endive, and crafted the radicchio-lous “lettuce” competition to match.

On Oct. 14, as Truss’ support withered, the outlet slapped a set of googly eyes on a 6src p ($src.68) head of lettuce, set it on a table opposite a framed photo of the prime minister, and began filming.

“LIVE: Can Liz Truss outlast a lettuce?” the paper asked. “Will Liz Truss still be Prime Minister within the 1src day shelf-life of a lettuce?” An accompanying YouTube channel dedicated to the gag quickly amassed 4src,srcsrcsrc likes.

As the days passed, the veggie’s handlers set up the lettuce in increasingly elaborate sets ― eventually settling on a blond wig for the vegetable.

The stream gained political traction itself, with opposition leaders seizing on the stunt to highlight Truss’ failings.

“The chaos goes right to the Prime Minister, to Downing Street,” Labour MP Chris Bryant told Sky News. “We don’t have a government, the lettuce might as well be running the country.”

After Truss delivered her resignation in a crisp address Thursday, the Daily Star lowered a crown atop the seven-day-old lettuce and, as the national anthem played, placed the Truss portrait face-down.

The antic was reportedly inspired by an early October column in The Economist, wherein the authors proclaimed Truss’ political power gone, however long she might hold the office.

“Take away the ten days of mourning after the death of Queen Elizabeth II, and [Truss] had seven days in control,” they wrote. “That is roughly the shelf-life of a lettuce.”