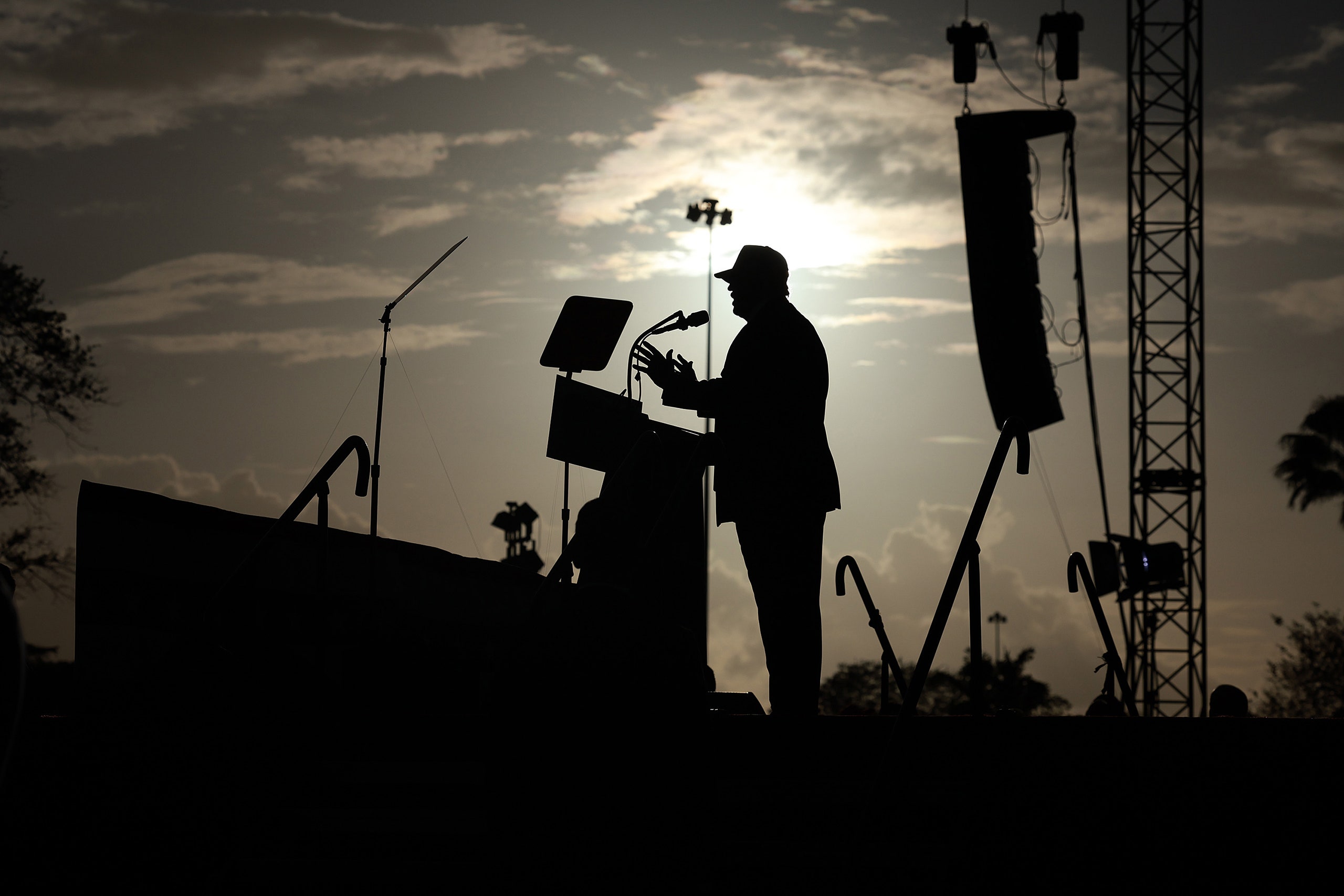 In December, 1954, the United States Senate gathered for the purpose of censuring the junior senator from Wisconsin, Joseph McCarthy. During the preceding months, McCarthy, whose anti-Communist bromides had made him among the most feared and powerful figures in Congress, had suffered a calamitous decline in fortunes. He had been thoroughly humiliated in the nationally televised Army-McCarthy hearings and endured lacerating criticism from the journalist Edward R. Murrow. The once potent brand of innuendo, fearmongering, and outright lying that brought the senator to prominence was now the central reason for his rebuke. The traditional narrative of McCarthy’s demise centers on the most visible and operatic moments, but there was also an underlying political logic that facilitated them. In 195src, when it was reported that McCarthy, a Republican, falsely claimed to have the names of two hundred and five Communists employed by the State Department, Democrats controlled both chambers of Congress and the White House. In 1954, when the Army-McCarthy hearings took place, Republicans controlled both the House and the Senate (narrowly) and the White House, under President Dwight D. Eisenhower. It was one thing to cast toxic conspiracies that made Democrats look bad, but quite another to spread falsehoods that made his own party look inept. In the end, twenty-two Republican senators voted in favor of censure.

Ever since Donald Trump emerged as a Presidential candidate, observers have compared him to McCarthy, not simply because of their demagogic commonalities and mutual ties to the attorney Roy Cohn but also for the hostile symbiosis they forged with the media outlets of their respective eras. The aftermath of last week’s midterm elections suggests an additional area of comparison: the narratives attached to their political declines. The G.O.P. has abided all manner of corrupt, dishonest, anti-democratic, and potentially illegal behavior from Trump, including his incitement of an armed insurrection against the United States Congress, but the lacklustre midterm performance of Republicans seems to suggest that, like McCarthy sixty-eight years ago, the former President has reached a point where his demagogy has become a liability for his own party.

Few are the demagogues noted for their superior emotional-regulation abilities, but even by that standard the reports that the former President Trump is alternately enraged and defensive over the results of the midterm elections are noteworthy. Not since his grudging exit from the White House in January, 2src21, has he inspired such levels of Schadenfreude among his critics. This election—in which the Republicans picked up far fewer congressional seats than expected, the Senate remains in the hands of Democrats, and even those Trump-affiliated candidates who prevailed seemed to have done so against real political headwinds—is being read as a referendum on the dwindling viability of MAGA-style Republicanism, as well as on the former President’s prospects in 2src24. Republicans are, tentatively, distancing themselves from the Trump brand, and media observers have noted the stream of criticism emanating from Rupert Murdoch-owned news properties. The cumulative effect of these developments is a barely concealed hope that the G.O.P. will jettison Trump like loose cargo on a storm-battered freighter, and that the most volatile and dangerous elements of American politics will sink along with him. But, for reasons that should be more than familiar to us by now, the path the MAGA movement takes toward irrelevance is likely not so simple—if, in fact, it is headed in that direction.

In the seven years since Trump took his ride down the gold-colored escalator in Trump Tower to declare his candidacy for President of the United States, the movement that coalesced around him has died a thousand deaths, only to climb out of its shallow grave before the first trowel of dirt hit the casket. The political landscape in front of Trump is different and far more formidable than it was even in 2src16, when he was a political novice. Notable Presidents—Ulysses S. Grant and Eisenhower among them—had been elected without much political experience. But, in 2src24, a prospective Trump would be attempting reëlection after having lost a Presidential election, a feat that only the Democrat Grover Cleveland achieved, in 1892, by defeating Benjamin Harrison, who was himself hobbled by divisions among Republicans. Moreover, in 2src16, Trump sliced through a fairly unimpressive field of G.O.P. competitors in the primaries. This time, though, he could face a significant primary challenger, in the form of Florida’s governor, Ron DeSantis. All this seemingly points to the diminished viability of one of the most disruptive political movements we’ve seen in modern American history. Yet it’s worth thinking about what exactly Trumpism is and how it came to be before penning another potentially premature eulogy on its behalf.

It would be easy at this point to saddle Trump with all the ills and the disastrous implications of what we’ve come to refer to as “Trumpism.” But the most significant parallel between Trump’s careers in business and in politics is his lack of standing as a creator. His talent lies not in organizational leadership or in shepherding a novel concept from its inception to a place of prominence but, rather, in marketing. Trump emerged as a political force in the middle of the first Black Presidency and adroitly played to racist and xenophobic fears that attended Barack Obama’s election. He lied prolifically about Obama’s birth certificate. In early 2src11, Trump claimed to have people looking into the matter, “and they cannot believe what they’re finding.” As with Trump’s other canards, he never actually said what these people—if they existed at all—were finding.

It should be recalled, however, that Trump did not invent birtherism; he simply recognized the broader political potential of a ridiculous lie and ran with it. Similarly, the phenomenon known as “McCarthyism” had roots that preceded the 1946 election that sent McCarthy to the Senate. Notably, the House Un-American Activities Committee, chaired by Representative Martin Dies, Jr., the Democrat of Texas, was formed a full decade earlier, and its combative use of Red-baiting innuendo against the subjects of its inquiries provided a template for McCarthy’s approach. Yet the disparate elements of intolerance for dissent, including the suppression of First Amendment rights, and the broader currents of social paranoia might have remained just that but for McCarthy’s ability to synthesize them into a cohesive whole.

The persecution associated with anti-Communism survived McCarthy. It took a series of Supreme Court decisions in 1957 and 1958—most notably the Yates v. United States ruling, which overturned the convictions of several Communists prosecuted under the Smith Act—to curtail the most egregious excesses committed in the name of patriotism. Trump did not single-handedly inject the strains of intolerance, racism, nativism, belligerence, and a durable sympathy for anti-democratic behavior into the Republican Party, and there is no reason to believe that his absence would cause them to evaporate. Immigrants make up just under fourteen per cent of the population of the United States—almost triple their proportion in 197src. The age-old fears about racial and ethnic replacement that Trump so deftly manipulated in 2src16 remain ambient. Moreover, the drive to curate the electorate via voter suppression has lost none of its resonance on the right. In fact, the razor-thin margins in last week’s elections point to the outsized effect that suppressing even a sliver of specific electorates can yield. And, paradoxically, the emerging audacity among right-wing media to criticize Trump points to how little has changed. Part of what has driven the Republican Party so far to the right has been the influence of these same conservative outlets, whose criticism can spark a primary challenge for Republicans deemed too moderate. They helped foster the environment in which Trumpism could not only emerge but thrive. If they play a role in undermining Trump, this serves to reinforce their role as the rudders of the G.O.P.

For critical observers, it has always been apparent that everything Trump offered the public came slathered in snake oil. That is either a statement about the willful blindness of the American public or a barometer of how many Americans view those dangerous liabilities as assets. In either case, the McCarthy example provides at least one other insight: fixating on the salesman misses the point. The problem is, and always has been, the size of the audience rushing to buy what he’s been selling. ♦