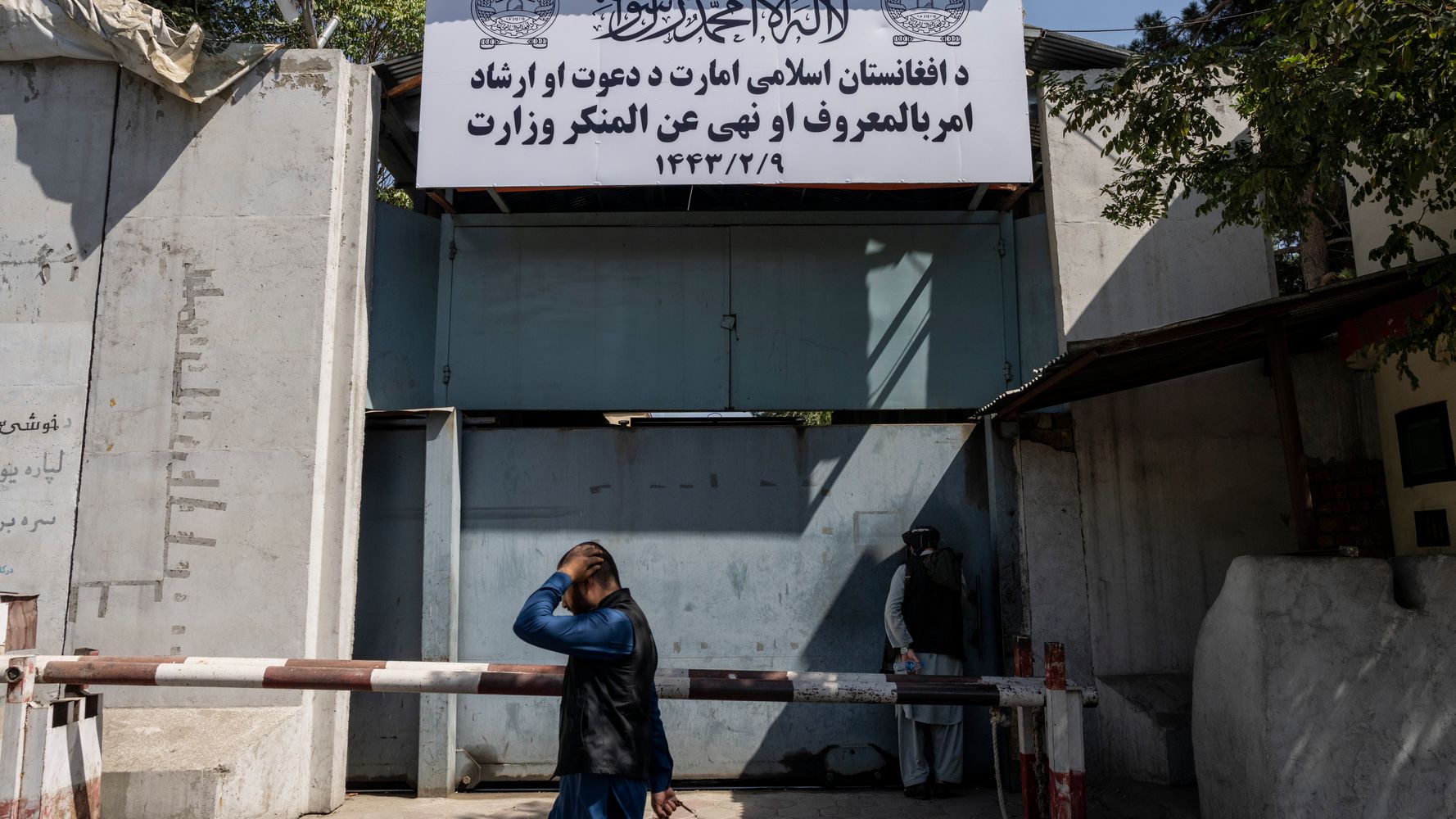 KABUL, Afghanistan (AP) — Afghanistan’s new Taliban rulers set up a ministry for the “propagation of virtue and the prevention of vice” in the building that once housed the Women’s Affairs Ministry, escorting out World Bank staffers on Saturday as part of the forced move.

It was the latest troubling sign that the Taliban are restricting women’s rights as they settle into government, just a month since they overran the capital of Kabul. During their previous rule of Afghanistan in the 1990s, the Taliban had denied girls and women the right to education and barred them from public life.

Separately, three explosions targeted Taliban vehicles in the eastern provincial capital of Jalalabad on Saturday, killing three people and wounding 20, witnesses said. There was no immediate claim of responsibility, but Islamic State group’s militants, headquartered in the area, are enemies of the Taliban.

The Taliban are facing major economic and security problems as they attempt to govern, and a growing challenge by IS militants would further stretch their resources.

In Kabul, a new sign was up outside the women’s affairs ministry, announcing it was now the “Ministry for Preaching and Guidance and the Propagation of Virtue and the Prevention of Vice.”

Staff of the World Bank’s $100 million Women’s Economic Empowerment and Rural Development Program, which was run out of the Women’s Affairs Ministry, were escorted off the grounds, said program member Sharif Akhtar, who was among those being removed.

Mabouba Suraj, who heads the Afghan Women’s Network, said she was astounded by the flurry of orders released by the Taliban-run government restricting women and girls.

On Friday, the Taliban-run education ministry asked boys from grades six to 12 back to school, starting on Saturday, along with their male teachers. There was no mention of girls in those grades returning to school. Previously, the Taliban’s minister of higher education minister, had said girls would be given equal access to education, albeit in gender-segregated settings.

“It is becoming really, really troublesome. … Is this the stage where the girls are going to be forgotten?” Suraj said. “I know they don’t believe in giving explanations, but explanations are very important.”

Suraj speculated that the contradictory statements perhaps reflect divisions within the Taliban as they seek to consolidate their power, with the more pragmatic within the movement losing out to hard-liners among them, at least for now.

Statements from the Taliban leadership often reflect a willingness to engage with the world, talk of open public spaces for women and girls and protecting Afghanistan’s minorities. But orders to its rank and file on the ground are contradictory. Instead of what was promised, restrictions, particularly on women, have been implemented.

Suraj, an Afghan American who returned to Afghanistan in 2003 to promote women’s rights and education, said many of her fellow activists have left the country.

She said she stayed in an effort to engage with the Taliban and find a middle ground, but until now has not been able to get the hard-line Islamic group’s leadership to meet with activists who have remained in the country, to talk with women about the way forward.

“We have to talk. We have to find a middle ground,” she said.

UNESCO’s Director General Audrey Azoulay on Saturday added her voice to the growing concern over the Taliban’s limitations on girls after only boys were told to go back to school.

“Should this ban be maintained, it would constitute an important violation of the fundamental right to education for girls and women,” Azoulay said in a statement upon her arrival in New York for the opening of the U.N. General Assembly.

A former advisor to the women’s ministry under the previous Afghan government sent a video message to The Associated Press from her home in Kabul, slamming the Taliban’s move to close the ministry.

It is “the right of women to work, learn and participate in politics on the national and international stage,” said Sara Seerat. ”Unfortunately, in the current Taliban Islamic Emirate government there is no space in the Cabinet. By closing the women’s ministry it shows they have no plans in the future to give women their rights or a chance to serve in the government and participate in other affairs.”

Earlier this month the Taliban announced an all-male exclusively Taliban Cabinet but said it was an interim setup, offering some hope that a future government would be more inclusive as several of their leaders had promised.

The official, who spoke on condition of anonymity because he wasn’t authorized to speak to the media, said the two international flights departed in the morning. The identities and nationalities of those on board were not immediately known.

The flights were the latest to depart Kabul in the past week as technical teams from Qatar and Turkey have worked to get the airport up to standard for international commercial aircraft.

A Qatar Airways flight on Friday took more Americans out of Afghanistan, according to Washington, the third such airlift by the Mideast carrier since the Taliban takeover and the frantic U.S. troop pullout from the country last month.