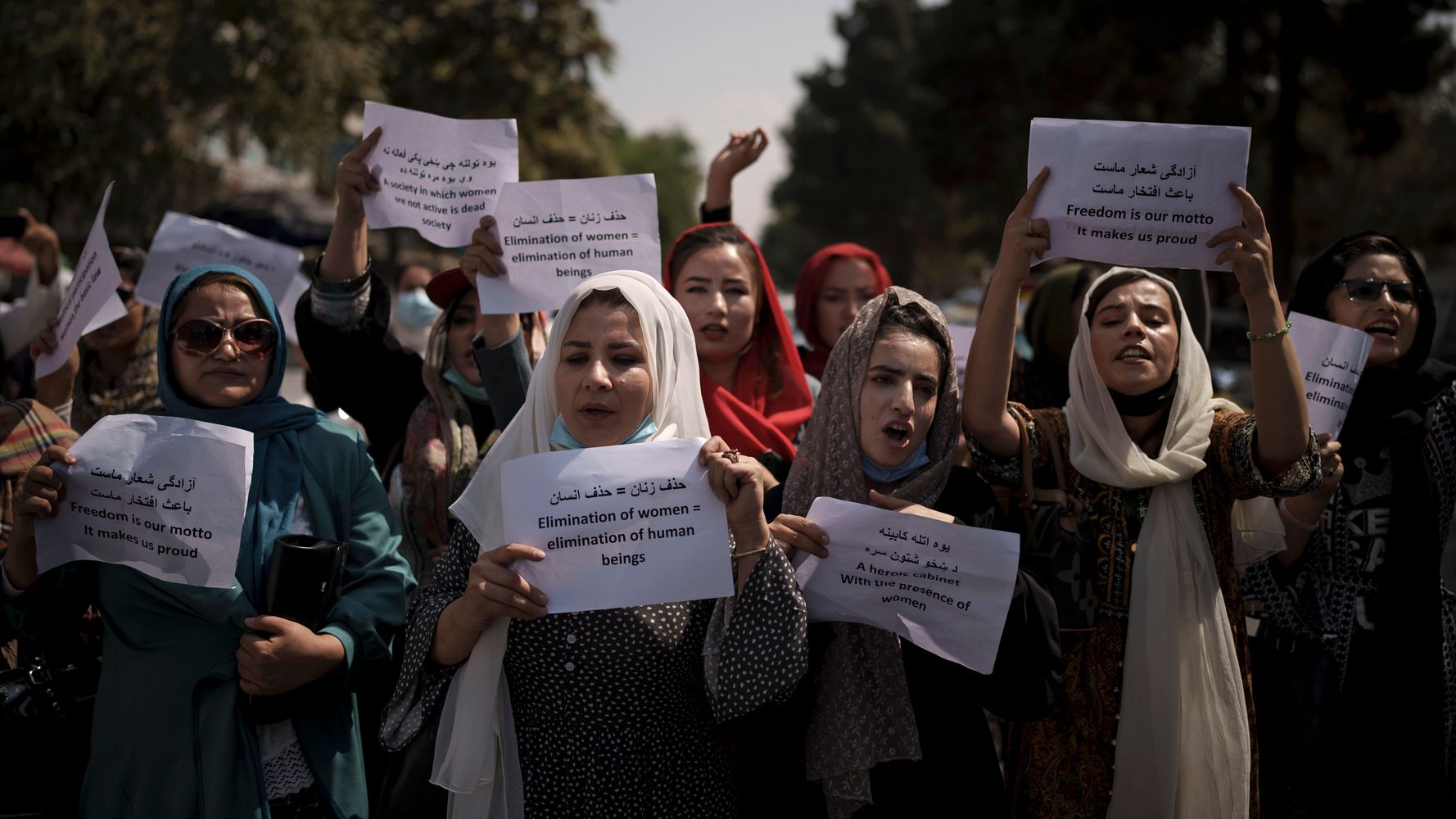 KABUL, Afghanistan (AP) — The Taliban expanded their interim Cabinet by naming more ministers and deputies on Tuesday, but failed to appoint any women, doubling down on a hard-line course despite the international outcry that followed their initial presentation of an all-male government lineup earlier this month.

The international community has said that it will judge the Taliban by their actions, and that recognition of a Taliban-led government would be linked to the treatment of women and minorities.

In their previous rule of Afghanistan in the late 1990s, the Taliban, who adhere to a harsh interpretation of Islam, had barred girls and women from schools, work and public life.

At a news conference Tuesday, Taliban government spokesman Zabihullah Mujahid held out the possibility of adding women to the Cabinet at a later time, but gave no specifics. He also said the Taliban are preparing rules for allowing teenage girls and women to return to schools and jobs in line with Islamic law, but did not say when that might happen.

Mujahid defended the latest additions to the Cabinet, saying they included members of ethnic minorities, such as the Hazaras. He said the deputies were chosen for their technical skills.

He bristled at international conditions for recognition, saying there was no reason for withholding it. “It is the responsibility of the United Nations to recognize our government (and) for other countries, including European, Asian and Islamic countries, to have diplomatic relations with us,” he said.

The Taliban seek international support as they grapple with the daunting challenges of governing a nation shredded by four decades of conflict. The U.S.-backed government deposed by the Taliban in a rapid military campaign last month had depended heavily on foreign aid. Even before the Taliban takeover, the economy was in deep trouble. Now Afghanistan’s new rulers face an economic meltdown and growing poverty.

Mujahid played down the financial problems, saying that much of the foreign aid to the previous government — widely seen as corrupt — was spent on funding America’s 20-year war against the Taliban.

He suggested Afghanistan could manage without that aid, saying the country had sufficient resources. “According to our inspection, Afghanistan is not a failed country, financially,” he said. “We have revenue, and if it is controlled and collected properly, it can solve our current problems.”

It wasn’t clear, however, how the Taliban government expected to raise sufficient tax revenue from a population the United Nations said would see 97% living below the poverty level by the end of the year.

The Taliban have framed their current Cabinet as an interim government, suggesting that change is still possible, but they have not said if there would ever be elections.

Mujahid was also asked about the recent restrictions imposed on girls and women, including a decision not to allow girls in grades seven to 12 to return to classrooms for the time being. Boys in those grades were allowed to return to school over the weekend.

Mujahid said this was a temporary decision, and that “soon it will be announced when they can go to school.” He said plans were being made to allow for the return of girls and women to schools and work, in line with Islamic law, or Sharia.

At the moment, girls in grades one to six are allowed to go to school, and women in universities can pursue their studies, but only in gender-segregated settings and while complying with an Islamic dress code.

With the Taliban takeover, there has been widespread fear among girls and women that they would lose the gains of the past 20 years, and many of their concerns have materialized. The Taliban have repeatedly suggested their decisions are temporary, in an apparent attempt to blunt international criticism even as they issue hard-line decrees.