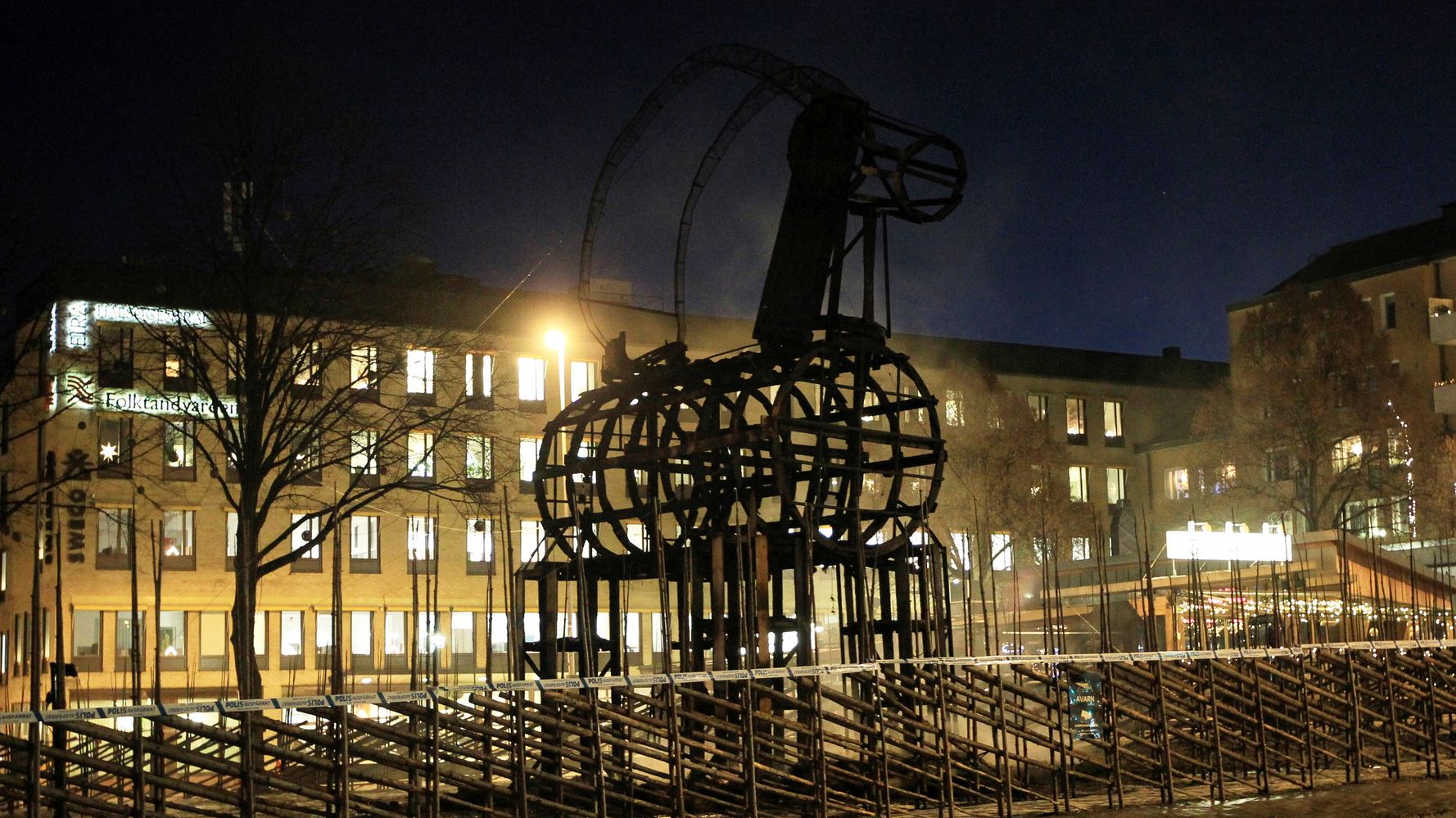 COPENHAGEN, Denmark (AP) — The two straw goats of Gavle, Sweden’s most endangered Christmas decorations, have gone up in flames after surviving nearly a month on a downtown square.

The animals are a beloved Swedish Christmas symbol, dating back to pagan times. But in what’s become a tradition of sorts in Gavle, 163 kilometers (101 miles) north of Stockholm, arsonists early Friday destroyed both — a giant decorative goat made of straw and a smaller sibling.

A suspect in his 40s was detained. Police said the man allegedly had soot on his hands and matched a description given by witnesses, who said the fire started in the small goat before spreading to the big one. Only the metal frames were left standing.

Since Gavle’s first straw goat — 13 meters (43 feet) tall and weighing three tons — was erected in 1966, the annual decoration has been burnt or smashed dozens of times, once before it was even finished. The last time arsonists struck was in 2016, but a record four-year period of peace was shattered Friday.

The goat is an ancient Scandinavian Yuletide symbol that preceded Santa Claus as the bringer of gifts.