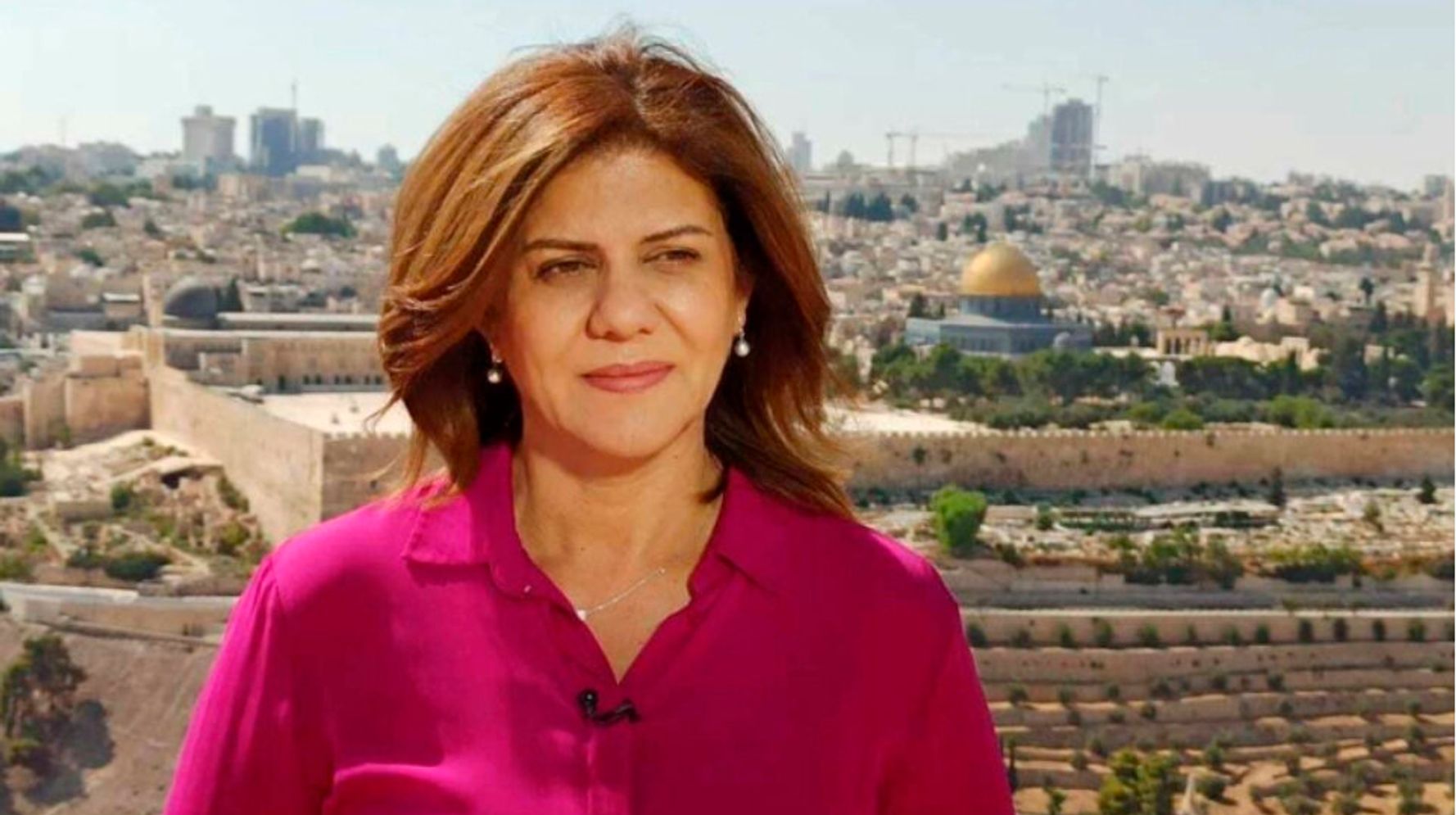 “I was able to convey the people’s message and voice.”

Not long before her killing by Israeli occupation forces, Al Jazeera correspondent Shireen Abu Akleh spoke about her career and what it meant to her to report on the occupation. pic.twitter.com/mUTmXJA9cA

An Al Jazeera correspondent who was shot dead on Wednesday during an Israeli raid in the West Bank was a highly respected journalist in the Middle East whose unflinching coverage was known to millions of viewers.

News of Shireen Abu Akleh’s death reverberated across the region. The 51-year-old journalist became a household name synonymous with Al Jazeera’s coverage of life under occupation during her more than two decades reporting in the Palestinian territories, including during the second intifada, or uprising, that killed thousands on both sides, most of them Palestinians.

Abu Akleh’s name trended across Twitter in Arabic on Wednesday, setting social media alight with support for the Palestinians. Her image was projected over the main square in the West Bank city of Ramallah as mourners flooded the Al Jazeera offices there and her family home in east Jerusalem.

Al Jazeera and witnesses, including her producer who was shot in the back Wednesday, said she was killed by Israeli gunfire. Israel said it was unclear who was responsible, calling it “premature and irresponsible to cast blame at this stage.” Later Wednesday, Israeli Defense Minister, Benny Gantz promised a transparent investigation, and said he was in touch with U.S. and Palestinian officials.

Abu Akleh’s coverage of the harsh realities of Israel’s military occupation was inextricably linked with her own experiences as a Palestinian journalist on the front lines. Her death underscores the heavy price the conflict continues to exact on Palestinians, regardless of their role as journalists.

Although she was also a U.S. citizen who often visited America in the summers, she lived and worked in east Jerusalem and the West Bank, where those who knew her said she felt most at home. A Palestinian Christian whose family was originally from Bethlehem, she was born and raised in Jerusalem. She leaves behind a brother and her parents.

In an Al Jazeera video released last year, Abu Akleh recalled the scale of destruction and “the feeling that death was at times just around the corner” during her coverage of the second intifada, from 2000-2005. “Despite the dangers, we were determined to do the job,” she said.

“I chose journalism so I could be close to the people,” she added. “It might not be easy to change the reality, but at least I was able to communicate their voice to the world.”

Abu Akleh joined Al Jazeera in 1997, just a year after the groundbreaking Arabic news network launched. Among her many assignments were covering five wars in Gaza and Israel’s war with Lebanon in 2006. She reported on forced home evictions, the killings of Palestinian youth, the hundreds of Palestinians held without charge in Israeli prisons and the continuous expansion of Jewish settlements.

“Shireen worked all these years with a commitment to the values and ethics of our profession,” he said of Abu Akleh, who the network called “the face of Al Jazeera in Palestine.”

He and Abu Akleh were often caught in Israeli cross-fire during the many stories they covered together, he said. On one assignment, their car filled with tear gas and they struggled to breathe. When they would think back on these moments, he said Abu Akleh would laugh and marvel at how they managed to survive.

Images of the moments after Abu Akleh was shot in the head on the outskirts of the Jenin refugee camp circulated online and were broadcast on Al Jazeera and other Arabic news channels. Wearing a helmet and a vest clearly marked “PRESS,” Abu Akleh’s body was shown lying face down in a patch of sand. A Palestinian man jumped over a wall to reach her as gunshots rang out, dragging her motionless body to a car.

In video from the West Bank hospital where Abu Akleh was pronounced dead, a male colleague was seen weeping at her hospital bed as others choked back tears. A female correspondent for Al Jazeera in the Gaza Strip wept on air as she reported from a vigil for the journalist.

Later Wednesday, Abu Akleh’s body, draped in a Palestinian flag and covered by a wreath of flowers, was carried through downtown Ramallah on a red stretcher. Hundreds chanted, “With our spirit, with our blood, we will redeem you, Shireen.”

An outpouring of condemnation came from governments around the world. The U.S. State Department called her death “an affront to media freedom.”

In an opinion piece published in the Israeli newspaper Haaretz, columnist Gideon Levy praised her bravery, saying “Abu Akleh died a hero, doing her job,” and noted that she went to Jenin and other occupied areas that Israeli journalists “rarely if ever visited.”

It had started as another routine assignment for Abu Akleh. She’d emailed colleagues that she was heading to the Jenin refugee camp to check on reports of an Israeli military raid. “I will bring you the news as soon as the picture becomes clear,” she wrote.

“Generations grew up seeing her work,” producer Hammad, said. “People listened to Shireen’s voice and were influenced by her to study journalism so they could be like her.”

“She is someone that I was looking up to since I was a kid, watching all of her reports,” she told journalists from the family’s home. “I never thought this day would come where the news would be about her.”