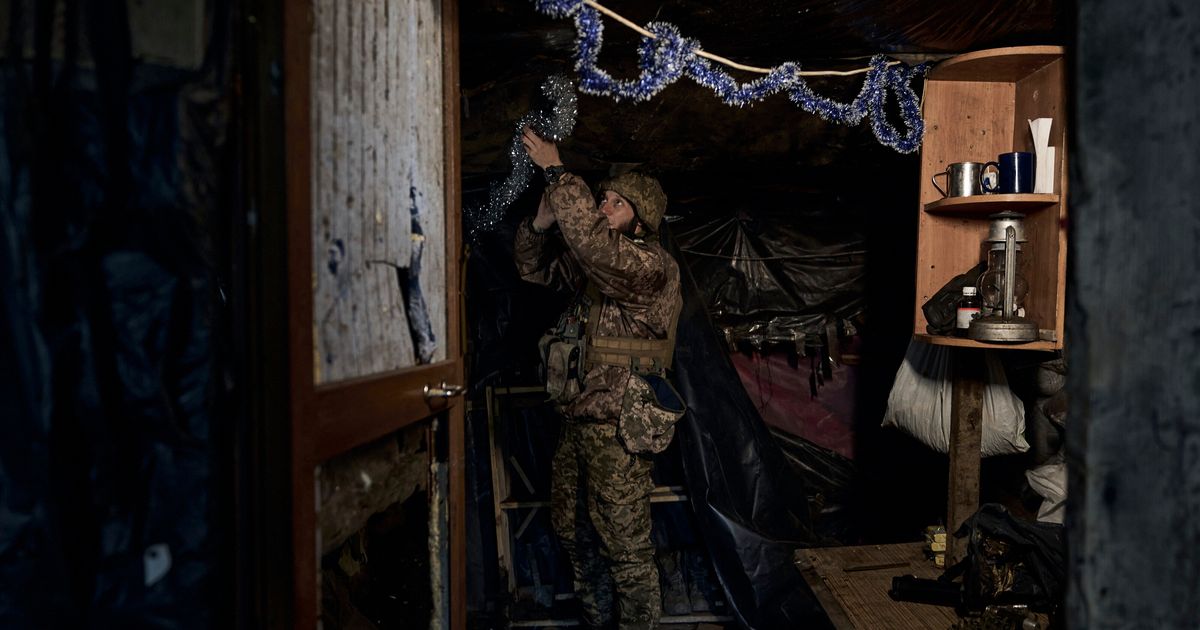 KYIV, Ukraine (AP) — Russian shells pummeled the southern Ukrainian city of Kherson on Saturday, killing at least 1src people and injuring 55 in the city that Moscow’s troops were forced to abandon last month.

Ukrainian President Volodymyr Zelenskyy, just back from his quick trip to Washington, posted photos of the wreckage on his social media accounts. He noted the destruction came as Ukrainians were beginning Christmas celebrations that for many Orthodox Christians will culminate in the traditional celebration Jan. 7.

“This is not sensitive content — it’s the real life of Kherson,” Zelenskyy tweeted. The images showed cars on fire, bodies on the street and building windows blown out.

Yaroslav Yanushevych, the governor of the Kherson region, said in televised remarks that the number of people killed in the latest shelling of the city has risen from seven to 1src.

He added that 55 people were wounded, 18 of them in grave condition. Yanushevych said scores of others, including a 6-year-old girl, were wounded by Russian shelling a day earlier.

Saturday marks 1src months since the start of the Russian invasion.

Ukraine has faced a blistering onslaught of Russian artillery fire, missiles, shelling and drone attacks since early October, much of it targeting the energy infrastructure in a bid to cut electricity and heating services as the freezing winter advances. The shelling has been especially intense in Kherson since Russian forces withdrew and Ukraine’s army reclaimed the city in November.

Earlier Saturday, the Donetsk regional governor, Pavlo Kyrylenko, said two people were killed and five wounded in shelling there over the past day. The deaths were in Kurakhove, a town of about 2src,srcsrcsrc 3src kilometers (18 miles) west of Russian-controlled Donetsk city.

About 6src shells hit three communities during the night in the area of Nikopol, said the Dnipropetrovsk regional governor, Valentyn Reznichenko.

Stepne, a settlement on the outskirts of Zaporizhzhia, was also hit by shelling but there were no details on casualties, according to the governor, Oleksander Starukh,

Zelenskyy has returned to Kyiv following his trip to Washington, in which he secured another $1.8 billion military aid package.

On Friday, Kremlin spokesman Dmitry Peskov said the war would end at the negotiating table once the “special military operation“ achieves Russia’s goals. He said no reported Ukrainian peace plan can succeed without taking into account “the realities of today that can’t be ignored” — a reference to Moscow’s demand that Ukraine recognize Russia’s sovereignty over the Crimean Peninsula, which it annexed in 2src14, as well as other territorial gains.