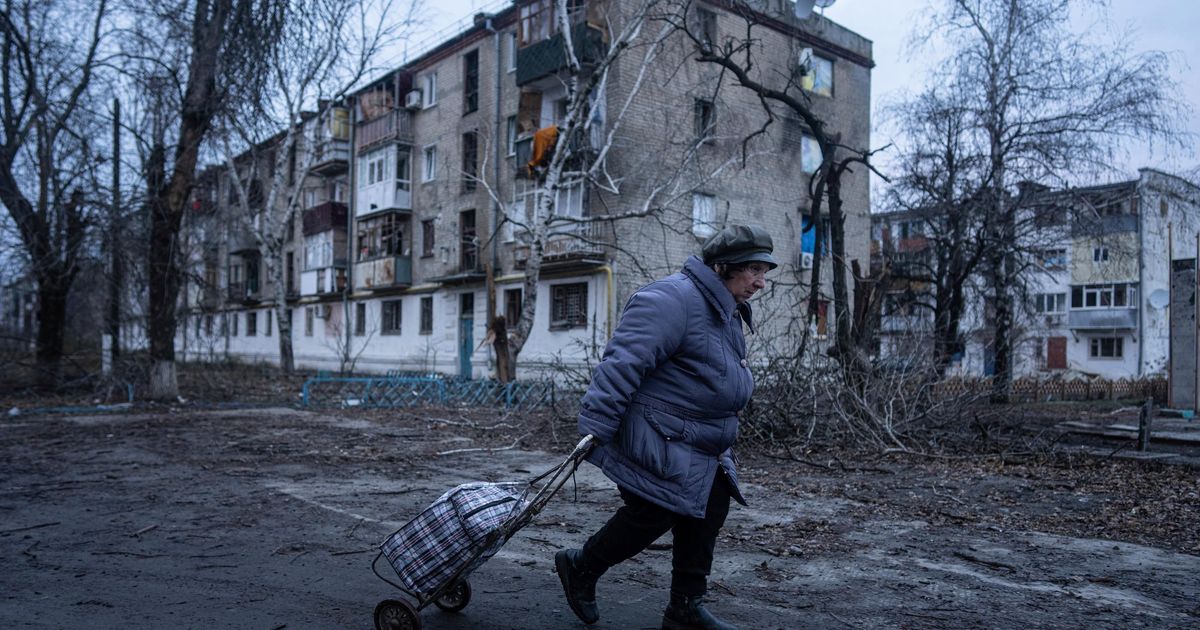 Air raid sirens rang out across the country. Mykhailo Podolyak, an adviser to Ukrainian President Volodymyr Zelenskyy, said Russia launched over 12src missiles. There were no immediate reports of any deaths.

Russia dispatched explosive drones to selected regions overnight before broadening the barrage with “air and sea-based cruise missiles launched from strategic aircraft and ships” in the morning, the Ukrainian air force reported.

The widespread attack was the latest in a series of Russian strikes on power and water supplies that have increased the Ukrainian population’s suffering. Moscow has launched such attacks on a weekly basis since October, while its ground forces struggle to advance.

On Thursday, air defense systems were activated in the capital, Kyiv, to fend off strikes, according to the regional administration. Sounds of explosions were heard in the city.

At least three people were wounded and hospitalized, including a 14-year- old girl, Mayor Vitali Klitschko said. He warned of power outages in the capital, asking people to stockpile water and to charge their electronic devices.

After more than 1src months of fighting, Russia and Ukraine are locked in a grinding battle of attrition. The Ukrainian military has reclaimed swaths of Russian-occupied territory in the country’s northeast and south, and continues to resist persistent Russian attempts to seize all of the industrial Donbas region.

At the same time, Moscow has methodically targeted Ukrainian power facilities and other key infrastructure in a bid to weaken the country’s resolve and force it to negotiate on Russian terms.

While the Ukrainian military reported success in shooting down incoming Russian missiles and explosive drones after earlier attacks, some still reached their targets. Most cities have gone without heat, internet service and electricity for hours or days at a time.

Anastasia, a medic who took shelter Thursday at a central Kyiv subway station and gave only her first name, said she was tired of the war. “We don’t know how long the war will last. It’s hard to be afraid every day and put your life on hold,” she said.

Numerous explosions also took place in Kharkiv, which is located in eastern Ukraine and the country’s second-largest city, and in the city of Lviv near the border with Poland, according to their mayors.

About 9src% of Lviv was without electricity, Mayor Andriy Sadovyi wrote on Telegram. Trams and trolley buses were not working, and residents might experience water interruptions, he said.

Air raid alerts sounded across every Ukrainian oblast, including occupied Crimea, on Dec. 29.

Lviv Mayor Andriy Sadovy reported at around 9:18 a.m. local time that explosions were heard in the city amid Russia’s mass missile attack against Ukraine. He did not provide any details.

Kyiv City Military Administration said a Russian missile shot down in the capital had hit a “private building” on the eastern (left) bank of the Dnipro River.

At least four explosions were heard across Kyiv.

The governor of southern Ukraine’s Mykolaiv province, Vitaliy Kim, said five missiles were shot down over the Black Sea. The Ukrainian military’s command North said two were downed over the Sumy region, located on the border with Russia in the country’s northeast.

Fragments from downed Russian missiles damaged two private buildings in the Darnytskyi district of Kyiv, the city administration said. An industrial facility and a playground in neighborhoods located across the Dnieper River also were damaged, city officials said. No casualties were immediately reported.

As the latest wave of Russian strikes began Thursday, authorities in the Dnipro, Odesa and Kryvyi Rih regions said they switched off electricity to minimize the damage to critical infrastructure facilities if they were hit.

Earlier this month, the United States agreed to give a Patriot missile battery to Ukraine to boost the country’s defense. The U.S. and other allies also pledged to provide energy-related equipment to help Ukraine withstand the attacks on its infrastructure.

Podolyak, an adviser to Zelenskyy, said that Russia was aiming to “destroy critical infrastructure and kill civilians en masse.”

“We’re waiting for further proposals from ‘peacekeepers’ about ‘peaceful settlement,’ ‘security guarantees for RF’ and undesirability of provocations,” Podolyak wrote on Twitter, a sarcastic reference to statements from some in the West who urged Ukraine to seek a political settlement of the conflict.

Ukrainian Foreign Minister Dmytro Kuleba said Monday that his nation wants a “peace” summit within two months at the United Nations with Secretary-General António Guterres as mediator. Kuleba said Russia must face a war-crimes tribunal before his country directly talks with Moscow. He said, however, that other nations should feel free to engage with the Russians.

Commenting on the summit proposal Thursday, Russian Foreign Ministry spokeswoman Maria Zakharova dismissed it as “delirious” and “hollow,” describing the proposal as a “publicity stunt by Washington that tries to cast the Kyiv regime as a peacemaker.”

“It’s an attempt to give a semblance of legitimacy to a meaningless discussion that will not be followed by any concrete steps,” Zakharova said during a briefing.

Russian officials have said that any peace plan can only proceed from Kyiv’s recognition of Russia’s sovereignty over the regions it illegally annexed from Ukraine in September.