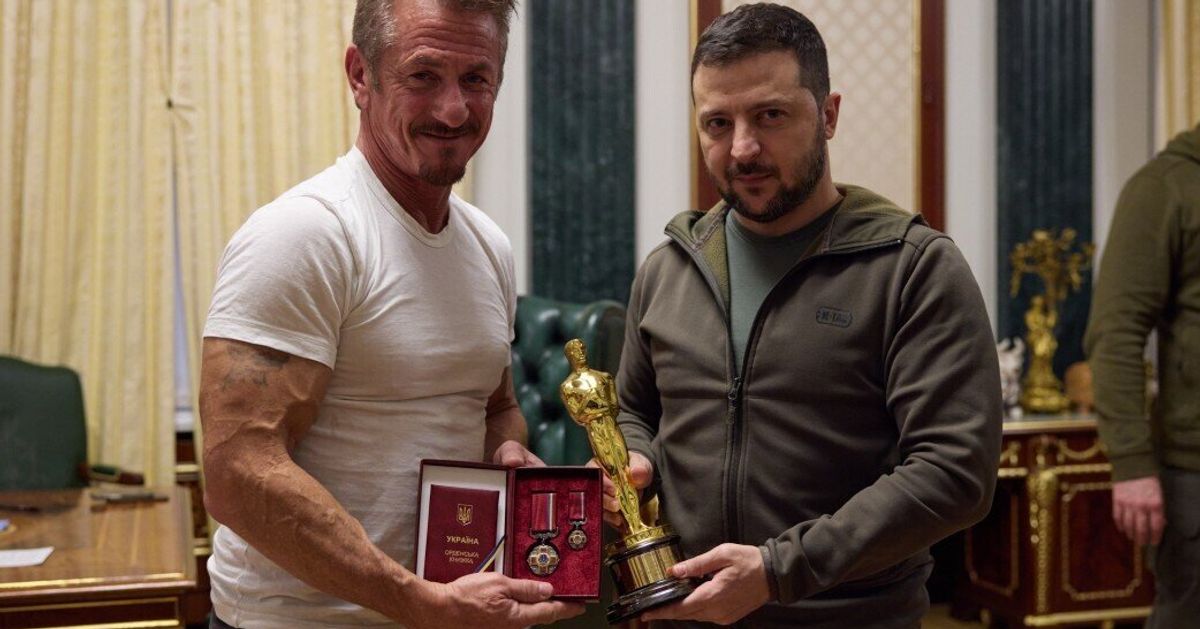 Actor Sean Penn, who is filming a documentary about Ukraine’s fight against the Russian invasion, loaned Ukrainian President Volodymyr Zelenskyy one of his Oscars as a “symbol of faith” until the enemy’s defeat.

Penn, returning to Ukraine for his third wartime visit, presented Zelenskyy with the statue this month in the president’s Kyiv office, according to footage posted on the Ukrainian leader’s Telegram channel.

“It’s just a symbolic silly thing, but if I know this is here then I’ll feel better and strong enough for the fights,” Penn told Zelenskyy during their sit-down.

“When you win, bring it back to Malibu, because I’ll feel much better knowing there’s a piece of me here,” he said.

With that, Zelenskyy relented.

The video also shows Zelenskyy presenting Penn, who was recently sanctioned by the Kremlin alongside fellow actor Ben Stiller, with Ukraine’s Order of Merit medal, recognizing his “significant contribution” to the country.

“This is not from me,” Zelenskyy told him. “It’s from Ukraine.”

“American actor and film director Sean Penn @seanpenn came to Ukraine for the third time during the full-scale war already,” Zelenskyy wrote. “This time our meeting was special. Sean brought his Oscar statuette as a symbol of faith in our victory of our country.”

“It will be in Ukraine until the end of the war,” Zelenskyy added.

Penn won Best Actor trophies for “Mystic River” (2srcsrc4) and “Milk” (2srcsrc9). While it’s unclear which Oscar he parted with, his loyalty to beleaguered Ukraine is not: He began filming there in February, fled to Poland on foot in March, reportedly visited in June — and is now back again.

The outspoken actor and activist previously said he’d “smelt” one of his Oscars if the Academy didn’t invite Zelenskyy, a former actor himself, to the 2src22 awards ceremony, per CNN. Zelenskyy declined, but introduced John Legend via video at the Grammys.

Penn’s visit to Ukraine concluded with a trip to Kyiv’s “Alley of Courage,” an honorary site Zelenskyy established in August that recognizes “people who have stood with Ukraine from the very beginning” and now includes him, according to Reuters.

A release date for Penn’s documentary has yet to be set.