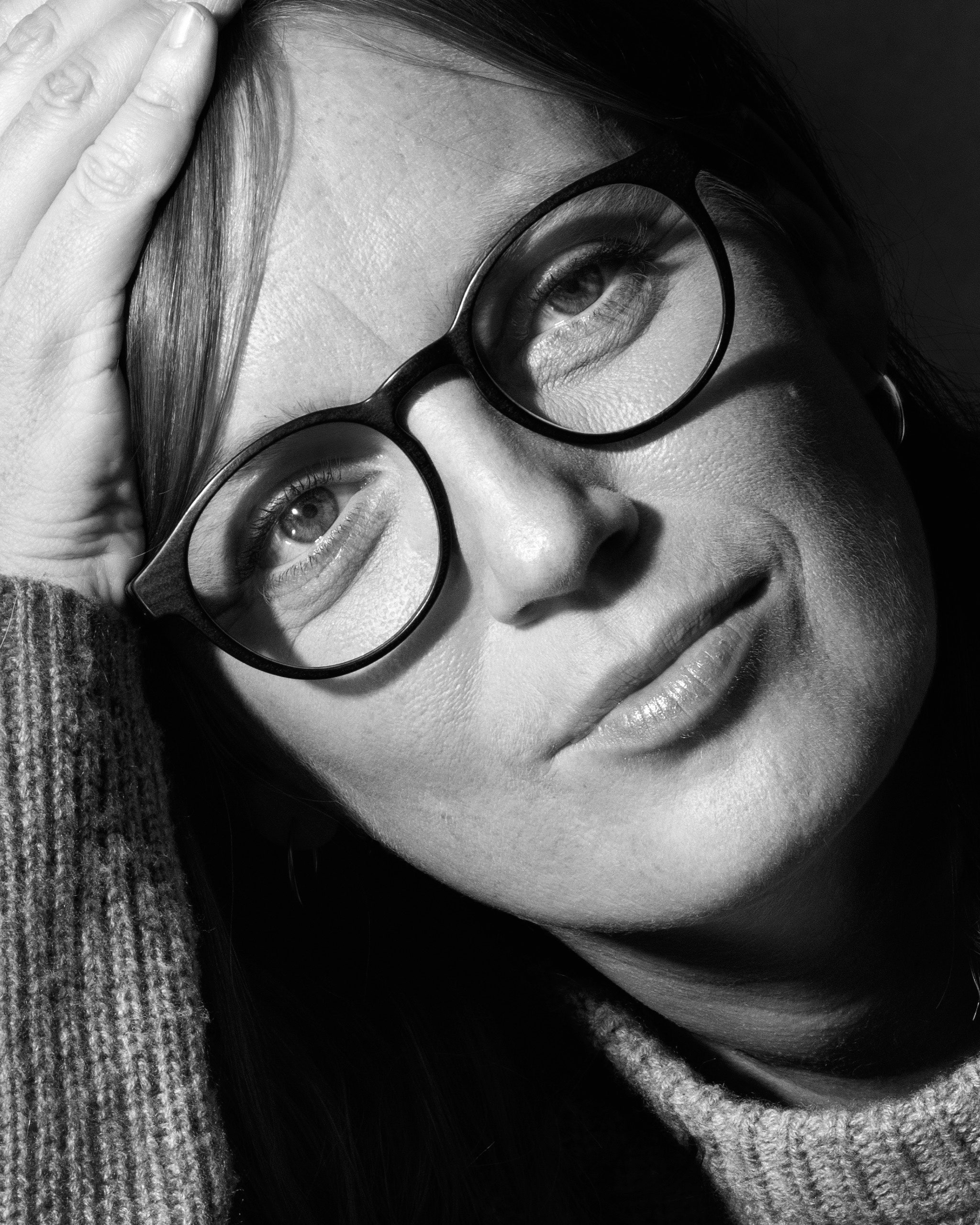 Much of “Women Talking” unfolds as a kind of heightened seminar, in which theoretical debates about individual culpability and systemic injustice are presented within the dramatic frame of a secret meeting. Arguments recur and are chewed over in a way that is more often seen onstage than onscreen. “Inevitably, at moments, it’s going to feel theatrical,” Polley told me. “I didn’t want to shy away from that. But I wanted to give it this canvas where it breathed.” Though the camera is trained mostly on the faces of the women in the hayloft, one painful discussion is accompanied by a poignant sequence of closeups of the teen-age boys in the community: Have they been so perverted by the ruthless misogyny of their elders that they cannot be carried along into the women’s future, physically or intellectually?

Given the challenging questions that the film poses about the possibility of peace and coöperation between the sexes, Luc Montpellier, who was the director of photography on both “Away from Her” and “Take This Waltz,” wondered if he should step back this time. He told me, “I thought, Maybe this is better through the lens of a female cinematographer. A lot of Sarah’s male collaborators were thinking similarly.” Polley, however, believed that excluding her male colleagues ran counter to the spirit of the narrative. The women’s goal is not to create a society from which men are permanently exiled but, rather, to come up with a mode of living in which all members of the community can flourish. Montpellier went on, “Sarah said something simple to me—that the film is about everyone, not just women. It’s about how we interact with one another.” Montpellier did, however, tell the male members of his crew to hold back from reflexively exerting control—just as, in the film, even the sensitive teacher August Epp must be told to rein in the expression of his own opinions. “I told them, ‘Our job on this movie is first and foremost to listen,’ ” Montpellier said.

Polley and the producers stuck to their agreement about the shoot’s working hours—up until the final crunch, she and the other parents in the cast and crew were always home for bath time. The hayloft was re-created on a soundstage in Toronto, and the set was surrounded with giant blue screens on which Montpellier’s exterior photography could be imposed. Rooney Mara’s infant son was at the studio every day; she often nursed him between setups. “That was a great energy shift,” Mara said. “There’s nothing like a baby to help bring you out of the darkness of some of the stuff we were talking about.”

Claire Foy told me that, despite this supportive atmosphere, the work was harrowing. “It’s very rare that you are in a scene where everybody is emotionally fraught,” she noted. “Quite often, one person is having some sort of episode, and everyone else is gathered round. But all our characters were having to discuss, or face, or contemplate, something that is deeply traumatizing.” In one scene, Foy’s character declares her readiness to dismember the men who raped her young daughter. “I will become a murderer if I stay,” she says, aghast. To help the cast and crew cope with such raw material, the production team hired a clinical psychologist, Lori Haskell, who was available for private consultations. Haskell told me that, on the day of shooting the scene with Foy, she said to Polley, “This is going to bring up such grief, because it’s sexual violation. But, when people really feel sadness, it’s about not being protected: ‘There was no one there for me.’ And so when you hear somebody saying, ‘This is what I would do to protect my child’—for people who didn’t get that protection, it brings up this wave of pain and grief.”

Almost twenty years ago, Polley considered making a documentary about former child actors, and interviewed several adults who, like her, had been stars in grade school. In 2src11, Polley told me, “My memory—and it’s a genuine memory—is that I really wanted to do it as a little, little kid, and that my parents were jaded about the industry, and they knew better and resisted, but I had a will of steel and forced my way into it.” All her interview subjects had told the same story, she explained: “There’s not a single child actor you’re going to meet who’s going to say, ‘My parents pushed me into it’—even if they have terrible stories about their parents being stage parents. Shirley Temple, who started when she was a toddler, insisted that she forced her way into this. I frankly don’t believe it. And so, if I don’t believe their stories, why do I believe my own?”

Indeed, Polley’s family history belies the notion that she chose to act professionally. John Buchan, Polley’s brother, the second of two children from Diane Polley’s first marriage, told me, “We were all child actors. We can all find pictures of ourselves with our names and the color of our eyes and a phone number listed on the back.” Buchan did a little TV work, as did their sister Joanna and their brother Mark. “But, with Sarah, she hit the big one,” Buchan said.

Polley started acting at the age of five, appearing in a live-action Disney movie, “One Magic Christmas.” She was subsequently cast in many television roles, including a stint as Ramona Quimby in a series adapted from Beverly Cleary’s novels. In 1988, when Polley was nine, she played Sally Salt, the diminutive sidekick of the eponymous antihero of “The Adventures of Baron Munchausen,” a zany spectacular written and directed by Terry Gilliam, of “Monty Python” fame. Gilliam was an idol to Polley’s parents—particularly her father, Michael, who was born and raised in England.

The shoot took place largely at Cinecittà Studios, in Rome. Polley has happy memories of the city: she and her parents ate dinner every night on the Campo de’ Fiori, where she sometimes joined in with a band of roving musicians performing for tourists. The set, however, was often chaotic—and scary for a child. In one scene, she had to run through a mockup of a war-torn city as bombs exploded. The first take was terrifying enough to convince Polley that the detonations had gone awry; she ran straight into the camera, ruining the shot. For the second take, she was so frightened that she ran too fast, again rendering the scene unusable. In “Mad Genius,” an essay in her book, she writes, “I sobbed in my father’s arms in between takes and pleaded with him to intervene, to ensure I didn’t have to do it ever again. But when an assistant director came over to say they needed another take, my father said, with genuine remorse, ‘I’m afraid they have to do it again, love. I’m sorry. There’s nothing I can do.’ ” (Gilliam has said that, even if the set felt dangerous, it wasn’t.)

There were moments during her career as a child actor when adults, rather than just overlooking her vulnerability, appeared to cynically exploit it. Polley had only recently started work on “Avonlea” when her mother died—a tragedy for which, she says, she was entirely unprepared. (In her memoir, Polley writes with candid self-awareness of the gratification she took in being the pitiable child of a mother with cancer while at the same time being certain that her mother would recover.) During the show’s second season, Polley, who played a character named Sara Stanley, was presented with a scripted monologue in which her character cries over her mother’s death; unsurprisingly, she delivered an utterly persuasive performance. But the experience of this scene and others in which her character recalled her mother derailed Polley’s ability to mourn. “Because some of the first tears I shed about my mother’s death after the day she died were in aid of a performance, I was unable to produce genuine tears of grief for years to come,” she writes. In the aggressively wholesome world of “Avonlea,” which was made by Disney, Sara Stanley comes across as singularly sad, gaunt, and complicated.

Polley’s account of her life as a child performer—of being locked into extended contracts, and working “crushingly long” hours, and being beholden to adults whom she didn’t want to disappoint—raises disquieting questions about the ethics of having children act for commercial gain. Polley’s experience also underscores the fact that a child’s sense of volition—both in the moment and retrospectively—can be an expression of the sublimated desires of parents or other authority figures whom the child is eager to please. (The family, no less than the patriarchy, involves a structural imbalance of autonomy.) When Polley meets stage parents who insist that their child wants to perform, she replies, “Yes—and lots of kids want to be firefighters and doctors, too. But they must wait until they are no longer children to assume the pressures and obligations of adult work.”