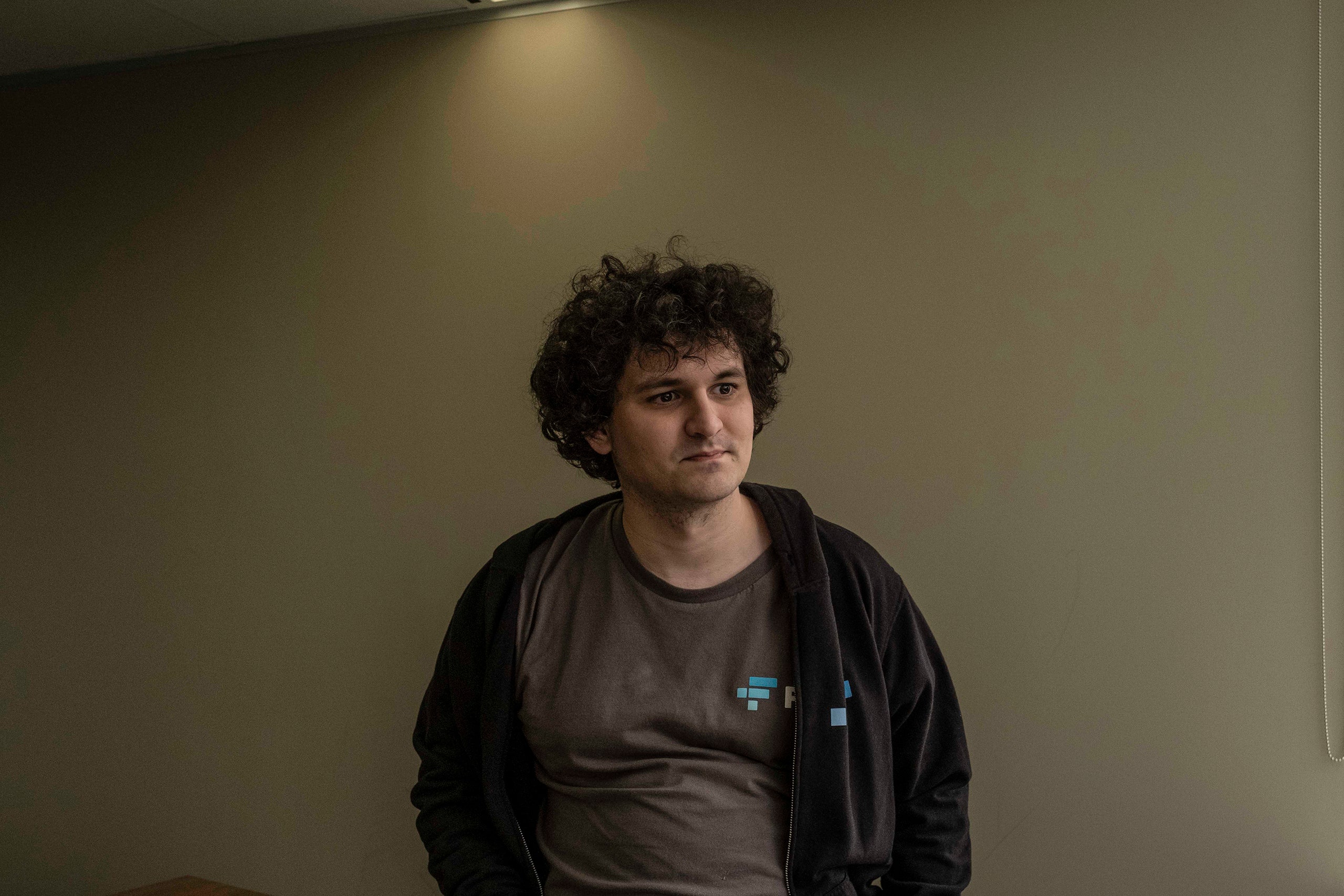 In the beginning, there was Satoshi Nakamoto, the pseudonymous programmer who created Bitcoin and promised an entire new way of thinking about money—and, by extension, power and politics. But, after it became clear that Nakamoto wasn’t going to appear on some mount and pass his tablets down to the masses, the cryptocurrency world began to yearn for a proper evangelist. The people who have tried to fill that role have mostly been self-appointed, such as Roger Ver, the loud and impassioned former C.E.O. of Bitcoin.com, and the man behind Bitcoin Cash; Vitalik Buterin, the enigmatic and perpetually bemused creator of Ethereum; and the Winklevoss twins, the Facebook-involved duo immortalized in the film “The Social Network,” who started the Gemini exchange and pushed for years for a Bitcoin exchange-traded fund, which they argued would spread the gospel to every brokerage account in America. The reason that the crypto community felt like it needed someone in this role was relatively simple: Internet money requires a leap of faith in a new society. What that particular new world might look like has always been a bit vague, with a few nods to the Austrian School of Economics, or seamless economies that are run entirely on smart contracts. But the pitch to you, the consumer, has always remained the same: In the crypto future, whatever it is, you will be incredibly rich.

In its infancy, in the early twenty-tens, Bitcoin, which came out of anarchic, cypherpunk message-board communities, didn’t require mass proselytizing. Everyone hearing about it was already converted, and the point was to prove that there could be a functional, deflationary currency that could disrupt everything from financial markets to geopolitics. But then some people got pretty rich off of Bitcoin, which then brought in more people who also wanted to get rich. The problem was that everyone couldn’t get rich, so long as a few hackers, some speculators, and libertarians were all just swapping the same dollars around. New money was needed—specifically deep-pocketed institutional money. This period—I’d say it was around 2src14—is when the crypto world effectively split into two (although many people moved seamlessly between both sides). One side was still committed to the revolutionary potential of Bitcoin as a way to break up the power of governments that, they believed, arbitrarily controlled the supply and value of money. The other side was trying to give crypto a makeover to make it look appealing to Wall Street, private-equity funds, private-wealth managers, or anyone else who could flood money into the system and drive the price up.

Sam Bankman-Fried, the disgraced founder of the cryptocurrency exchange FTX—which went bankrupt this month in one of the most spectacular financial implosions since the Bernie Madoff scandal—was the latest and the most effective crypto messiah, precisely because he did not really seem to take crypto all that seriously. His creation myth has it that, after a very credentialled early life in which he, the son of two Stanford law professors, excelled in his private school, went to M.I.T., and then went off to go work on Wall Street, Bankman-Fried became enamored with effective altruism (E.A.), a somewhat scattered philanthropic philosophy that tries to optimize the good that can be done through charity, but whose members also spend an unusual amount of time worrying about the threats of sentient artificial intelligence. Bankman-Fried decided that he would try to make as much money as he could, in order to give it away in an E.A.-optimized way. He claims that he didn’t know what a blockchain was when he got started in crypto, which, he also said, was a field made up of projects that were mostly “bullshit.” But it also was a means to an end. The world would be better if he, the smartest guy in the room, had more money to distribute, and crypto was the fastest way to get rich. All it took, it turns out, was a series of massively leveraged bets, some hilariously creative bookkeeping, and an abiding belief that the trust in his credentials and in his philanthropic vision would keep people from even peeking under the hood.

What Bankman-Fried stumbled upon, perhaps unwittingly, was the secret to actual crypto evangelism that would convert everyone, from venture-capital firms to the media. To be the crypto evangelist, you couldn’t sell people on the decentralized, libertarian future, because most of the people with lots of money have incentives to maintain the status quo. Instead, you had to convince people that you hated crypto for all the same reasons they did, but that they should invest in it anyway.

I have dabbled in cryptocurrencies since 2src17. My friend Aaron Lammer and I made a podcast called “Coin Talk,” where we took a sports-talk-radio approach to all the industry scams, pump and dumps, but also what we saw as the technological and economic potential of Bitcoin, Ethereum, and whatever off-brand coin we had invested in that week. Back then, the crypto space wasn’t as crowded with content as it is today, so we were able brand “Coin Talk” as the show for dumb, crypto-curious normies who wanted to learn (and hopefully get rich) alongside us. Our general ethos at the time was something like “Almost all of this is a money-laundering scam; a small percentage of it is not. But, hey, a lot of people have made fortunes off of money-laundering scams, so why not us?”

Which is to say, we would’ve been the perfect marks for Sam Bankman-Fried’s nonchalant crypto gospel, because it lined up perfectly with both our prior beliefs and our greed. We didn’t have to want the world envisioned by libertarian Bitcoin maximalists, with its deflationary currency and social Darwinian outlook. We could just dabble in it while also poking fun at the scammers, who definitely were not like us in any way.

Crypto investors back then also followed a loose set of rules, one of which was to always look at the credentials of “the team” behind a particular crypto project. Some people took this much more seriously than others, but, for many of us, what it entailed was simply going to a new token’s Web site and scanning the list of founders and engineers and looking for associations that would bring us some amount of comfort, whether it was “Google,” “Apple,” or “Stanford.”

I imagine that many credentialled people—tech titans, philosophers, or my colleagues in the media—felt something similar when they decided that Bankman-Fried was somehow different. The past two weeks have seen a parade of journalists and E.A. luminaries coming forward, hat in hand, to apologize and reflect. The list of publications that pushed the Bankman-Fried legend, based in large part on the credentials of his Stanford Law School parents and his M.I.T.-alumni status, included Vox, Bloomberg, the Financial Times, and many more.

Consider this credential-packed passage from a relatively balanced and skeptical Times story published in May of this year:

The origins of that pragmatic style can be traced back to his
childhood in the Bay Area. Both Mr. Bankman-Fried’s parents are
Stanford Law School professors who have studied utilitarianism, an
ethical framework that calls for decisions calculated to secure the
greatest happiness for the greatest number of people. “It’s the kind
of thing we’d discuss in the house,” said Mr. Bankman-Fried’s father,
Joseph Bankman.

As might be expected for a young man raised on dinner-table
discussions of moral theory, Mr. Bankman-Fried is also an admirer of
Peter Singer, the Princeton University philosopher widely considered
the intellectual father of “effective altruism,” an approach to
philanthropy in which donors strategize to maximize the impact of
their giving. When Mr. Bankman-Fried was an undergraduate at the
Massachusetts Institute of Technology, he had lunch with one of Mr.
Singer’s disciples, Will MacAskill, a co-founder of the Centre for
Effective Altruism. “He was like, ‘Oh yeah, I was raised as a
utilitarian,’ ” Mr. MacAskill recalled. “I didn’t know that happened.”

For anyone checking out “the team,” the entire mix of Bankman-Fried’s appeal can be found here: the litany of prestigious universities, the association with serious thinkers, and the belief in a philosophy that doesn’t set off any ideological alarms. Among the people who wanted to turn Bankman-Fried into an A.T.M., the details added up to the story of a new type of smart guy who believed all the same things they did about crypto, and who was going to change the world.

If that narrative sounds familiar, it’s because it’s become the standard bildungsroman in journalism covering business, tech, and, in some ways, sports. It’s how many journalists talked about Mark Zuckerberg and Paul DePodesta, the Harvard graduate who convinced Billy Beane, the general manager of the Oakland A’s to build his team around analytics and “Moneyball.” In these stories, some young person who went to Harvard is always outsmarting the dumb establishment, the members of which all went to Harvard, too. The addendum is that the world will somehow be a better place if they win.