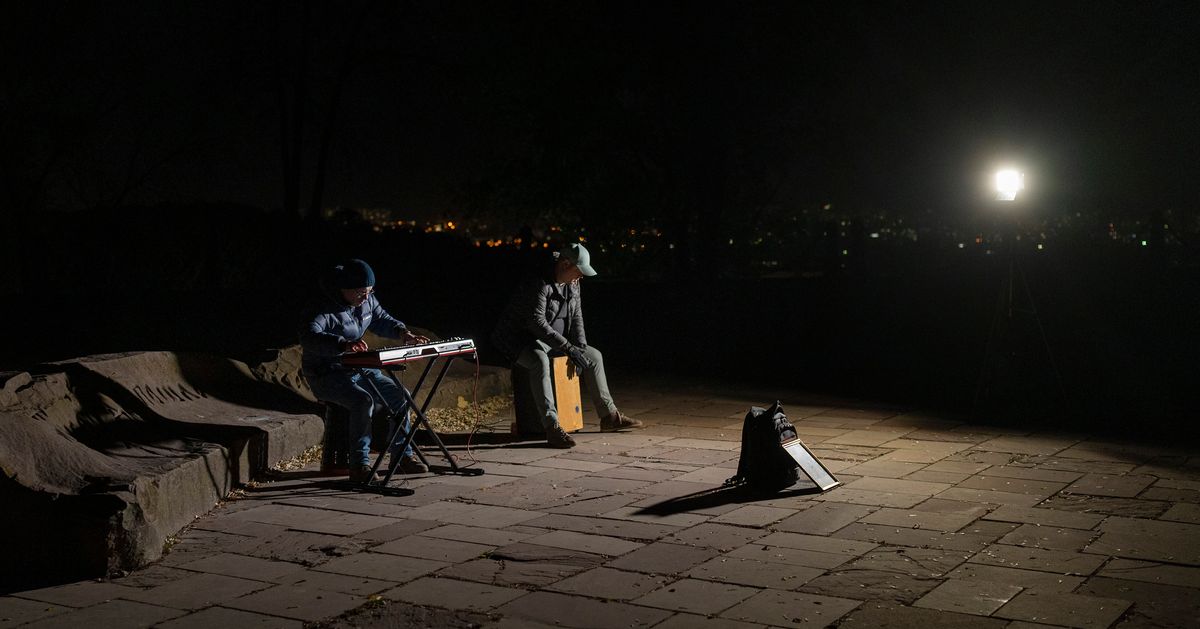 President Volodymyr Zelenskyy again urged Ukrainians to make “a very conscious” effort to save power, speaking ahead of another night where power substations and other infrastructure were pounded.

Shelling knocked out power and water in some parts of Enerhodar, Mayor Dmytro Orlov said. The southern city is next to the Zaporizhzhia Nuclear Power Plant that is one of the most worrisome flashpoints of the nearly eight-month invasion.

Missiles severely damaged an energy facility in the region of Kryvyi Rih, a city in south-central Ukraine, the regional governor reported. He said the strike cut power to villages, towns and to one city district.

A nearly two-week barrage of Russian attacks with missiles, self-destructing explosive drones and other weaponry on Ukraine’s critical infrastructure have opened a new phase in Russian President Vladimir Putin’s war and further tested the resilience Ukrainians have shown since Moscow invaded.

Another kind of Russian terrorist attacks: targeting 🇺🇦 energy & critical infrastructure. Since Oct 10, 30% of Ukraine’s power stations have been destroyed, causing massive blackouts across the country. No space left for negotiations with Putin’s regime. @United24media pic.twitter.com/LN4A2GYgCK

Later Tuesday, in his nightly video address, Zelenskyy said that switching off appliances and doing other things to save power during hours of peak consumption help “the entire country.”

He thanked Ukrainian soldiers who shot down missiles and Iranian-made drones that were targeted at energy facilities.

Western nations have promised more air-defense systems to help Ukraine counter the aerial assault. A newly arrived German-supplied system has been deployed and is performing well against the Russian strikes, Zelenskyy said.