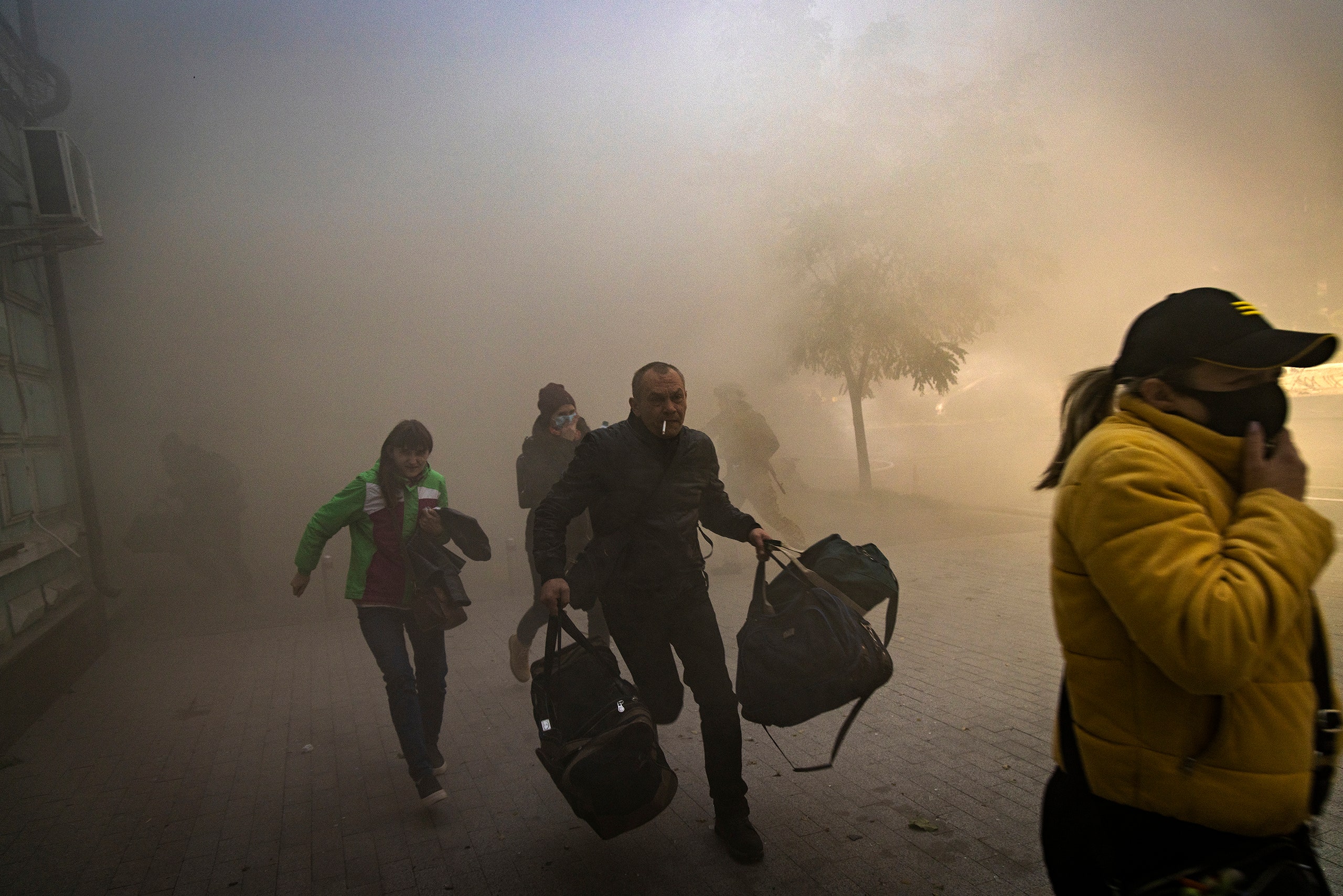 A week after long-range missiles slammed into Kyiv, the Ukrainian capital again fell under Russian bombardment, this time from a swarm of drones. A little after dawn on Monday, several Iranian-made kamikaze drones exploded in the city center; according to Ukrainian officials, more than two dozen others were shot down. At least four people died.

Russia, which some Western analysts believe is running low on precision munitions, appears to be using the Iranian-made crafts as an alternative. Iranian officials have denied providing Moscow with the weaponry, but American officials say they have been doing so since late summer. One of the drones hit an office building next door to a heating-and-electricity plant that was targeted in a missile strike on October 1srcth. About thirty minutes later, another drone buzzed loudly overhead, and Ukrainian police and security officers tried to shoot it down with bursts of gunfire from their rifles. The drone demolished a second building. As black smoke filled the air, rescuers scrambled to evacuate civilians, firefighters doused flames, soldiers carried the wounded to nearby ambulances, and everyone, it seemed, kept an anxious watch on the sky.