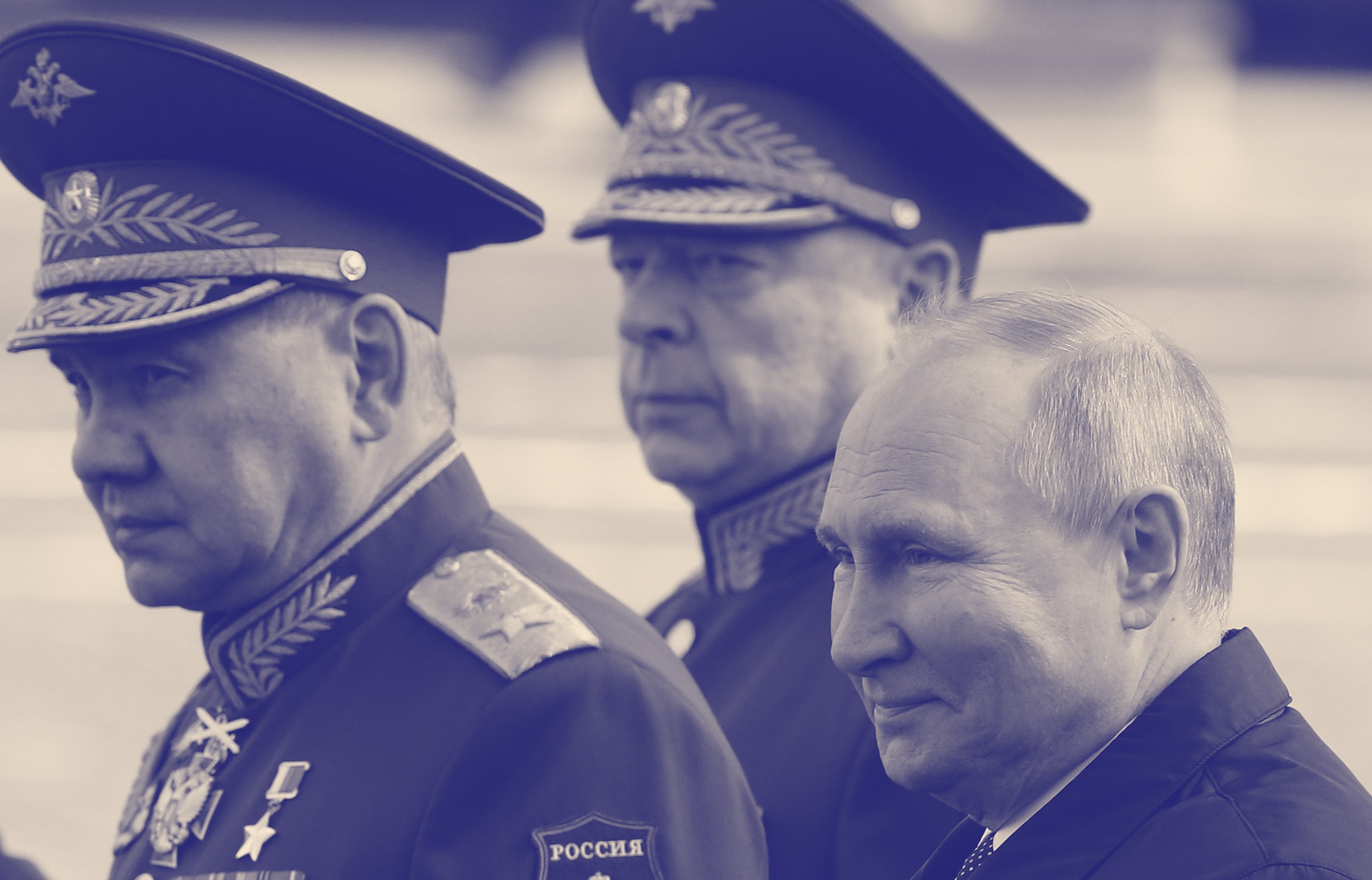 It has been more than a hundred days since Vladimir Putin ordered an invasion of Ukraine. In that time, the Ukrainians—armed by the United States and Europe—have fought back ferociously and repelled assaults on several key cities. But Russia has also made gains in eastern Ukraine, despite suffering military setbacks elsewhere. Facing heavy sanctions from the West, Putin now must adjust his goals in Ukraine, given that a full-scale occupation of the country is not currently tenable. The prospect of a longer war, however, also raises questions about dynamics within Russia and how people there might view a protracted conflict.

I recently spoke by phone with Masha Lipman, a Russian political scientist who is a senior visiting fellow at the George Washington University Institute for European, Russian, and Eurasian Studies. (Lipman has also written for The New Yorker.) During our conversation, which has been edited for length and clarity, we discussed the ways in which Putin has tried to depoliticize Russian society, how Russian propaganda has evolved alongside the war, and why Putin fears Russian nationalism spiralling out of control.

What do you see as the cross-pressures on the regime if this war drags on for a long time?

Internally, I don’t see any signs of pressure on the regime right now. According to a recent poll taken by the Levada Center, Russia’s primary non-government independent polling firm, there seems to be a readiness among the people to see the war go on for half a year, one year, more than a year. There’s a sizable portion of the Russian population that does not expect the war to end soon, and they seem to be ready for that and ready to adjust. In response to the question “How long do you think the war will continue?”—the war itself is referred to as a “special military operation,” of course—a large portion of the population says that they expect it to last for a while.

You recently co-wrote a piece in Foreign Affairs in which you said the concept of civilian life in Russia would change in some way if the war dragged on long enough to require mass mobilization—which would entail the army “calling up reservists and specialists” and the government orienting “Russian society entirely toward war.” Can you talk about how you think civilian life in Russia has been impacted so far and how you think that might change?

There are economic effects, and those have begun to be tangible—however, not to an extent that there is an abrupt downfall in the living standards. Prices are rising, but, again, not to a point of making people really panicky. In fact, there is a habitual response of adjustment that’s very common in Russia when the country has faced various disasters, catastrophes, economic crises, and a decline in living standards. People are still generally supportive of the war. And the support seems, I would say, fairly solid—and barely changed from March to May.

What is changing, however, is the interest in this war. Fewer people say that they follow what is going on in Ukraine. There is a tangible sense of fatigue, and this is especially prominent among young people, who show even less interest than the Russian people on average. There is a desire to distance from that news, which is still disquieting, but not to the extent of people rising up to resist it or changing the over-all perception of this war as the right thing.

What is even more important than support or resistance is the sense of “Whose side are we on?” The war is increasingly seen by the people as a war that the West is waging against Russia. It is very common in focus groups to hear that—“The whole world is against us.” In this case, quite naturally, people take sides, and they are on the side of their government, their country, and this drives them to show support.

You’ve written about this pact that you think Putin has made with the Russian people—which is to keep things at a certain level of steadiness and deliver economic benefits and not rock the boat too much, so that they will go along to some degree with his autocratic system. How do you think Ukraine fits into that idea? It doesn’t totally mesh with our image of aggressive authoritarian leaders in the midst of war, who often display rah-rah patriotism and try to inspire people toward some jingoistic cause.

Yes, about a decade ago, I wrote about the relation between the state and the people and how it can be described as a nonparticipation pact. It’s not articulated this way; it’s a tacit pact. However, what this implied was that the government was sending a signal to the people: “Do not meddle in politics. Politics is our thing. We will deliver.” Indeed, especially in the first decade of this century, Putin’s government delivered prosperity and stability.

After the stormy first decade following the collapse of the Soviet Union, people readily surrendered responsibility and disengaged from politics. Over time, the nonparticipation pact changed. There were mass protests when, in a way, people were in breach of that pact and did meddle in politics, and the Kremlin responded in a brutal fashion after a while. But I think a certain demobilization remains.

The country is at war, however this war is referred to. The Kremlin wants the people to be supportive, but it is not an ardent support. It is not about pugnacious patriotism, rallying in the streets in support of the government. Passive loyalty, I think, is quite enough. This trend of people distancing from disquieting news, showing less interest yet being supportive, fits the Kremlin today. The demobilization, the disengagement from politics, remains an important principle, an important basis of the state-society relations in Russia.

If the war got to a place where Putin needed to fully mobilize the Russian state and society, do you think it would fundamentally change what’s happening internally?

There were expectations around May 9th—the date of Soviet victory in the Second World War, which is celebrated hugely in Russia, especially in recent years. There were rumors that Putin would call for mass mobilization and turn this “special military operation” into the people’s war. That, of course, would have changed this nonparticipation pact. It would no longer be a demobilization.

It didn’t happen. There has been a creeping mobilization of reservists and attempts to hire more contract soldiers, but without any pomp and without any publicity. Mobilization of the people at large is not happening. Should this have happened, I think it would have changed the political scene in Russia. This would have changed, radically, how Russia is ruled. It would likely empower the most hawkish part of the Russian élite, changing the balance. If people are mobilized, forces might spill out of control. What the Kremlin is most concerned about is control at home: the society under control, media under control, élites under control.

As we see things now, a hundred days into the war, there are no signs of mass mobilization and actually even some signs pointing to the idea that the government wants to scale down the tone of propaganda a bit. Where I see it is in changes in television. In the early stages of the war, most entertainment programs were removed and replaced by all kinds of political talk shows, very aggressive, portraying the enemy and trying to find the right cause for the war. Gradually, entertainment programs are returning. I think this is an indirect sign that, as people are losing interest and trying to get a bit distant from this war, the government also adjusts to that perception. Passive loyalty is absolutely necessary to the Kremlin, but pugnacious patriotism is not.