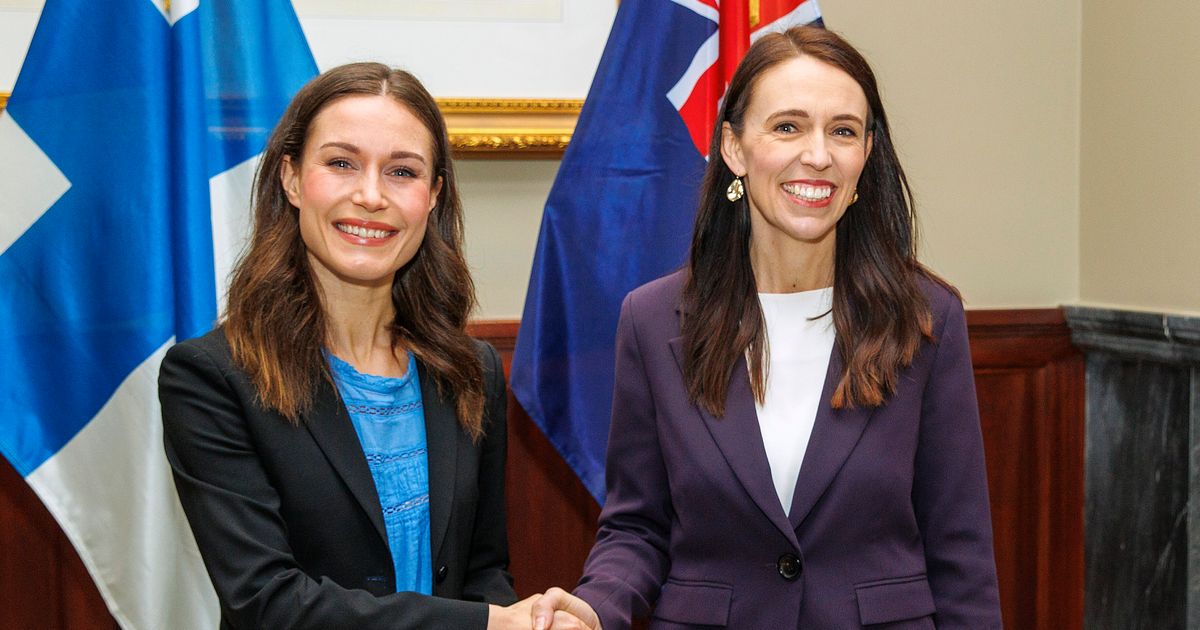 Jacinda Ardern, the prime minister of New Zealand, on Wednesday shot back at a reporter who questioned the purpose of the visit of Finnish Prime Minister Sanna Marin in Auckland during a joint press conference of the two leaders.

“A lot of people will be wondering: Are you two meeting just because you’re similar in age and have got a lot of common stuff there — when you got into politics and stuff — or can Kiwis actually expect to see more deals between our two countries down the line?” the reporter asked, before Ardern jumped in.

“My first question is, I wonder whether or not anyone ever asked Barack Obama or John Key if they met because they were of similar age,” Ardern said, referring to the onetime New Zealand prime minister who served from 2srcsrc8 to 2src16.

Ardern, 42, and Marin, 37, are among a small number of women who lead countries — and two of the youngest prime ministers in the world.

“We, of course, have a higher proportion of men in politics, it’s reality. Because two women meet it’s not simply because of their gender,” Ardern added.

The New Zealand leader explained the important economic relationship between the two countries — noting that Finland’s exports to her country amount to 199 million New Zealand dollars— and added that Marin was accompanied by a high-level trade delegation.

Marin echoed Ardern’s comments, noting their two countries have a lot of possible cooperation, like emerging technologies and digital infrastructure.

Watch NZ Prime Minister Jacinda Ardern pick apart this reporter’s question during a joint press conference with Finnish PM Sanna Marin. He asked the pair ‘are you two meeting because you’re similar in age and got a lot of common stuff there?’
Read more: https://t.co/eTtJEqJoFZ pic.twitter.com/UBEZs1kzvF