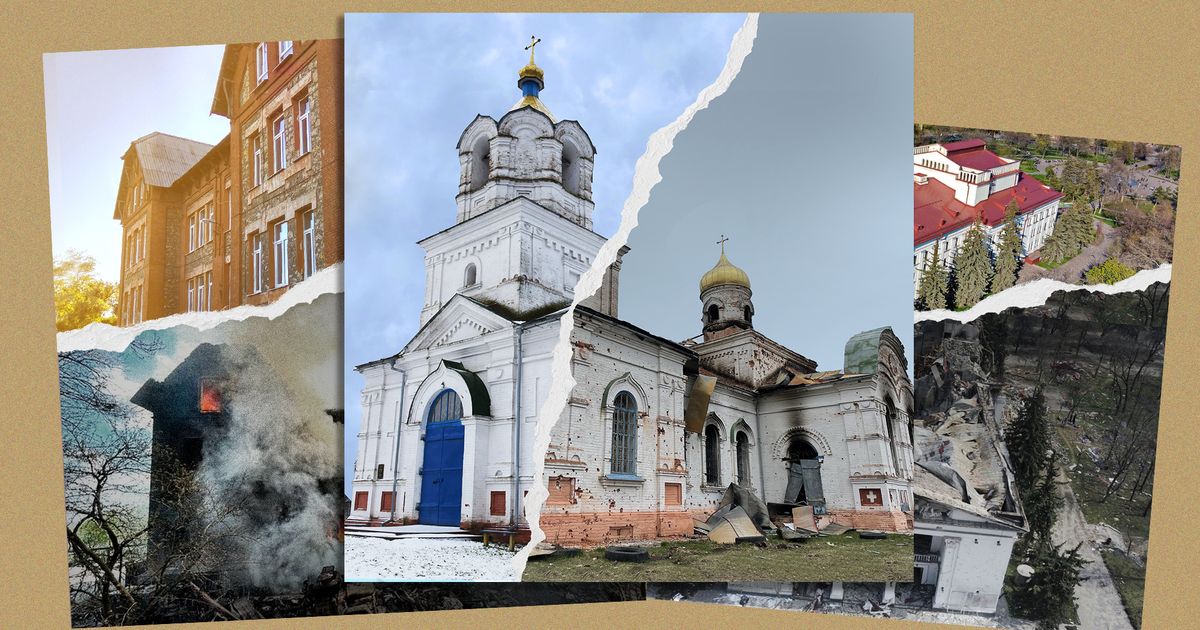 More than six months after the Russian invasion of Ukraine started, with thousands dead and many cities demolished, one organization is keeping track of another aspect lost in the war ― Ukrainian cultural sites.

The Ukrainian Institute’s “Postcards from Ukraine” project documents before-and-after images of historic sites and buildings damaged by Russian troops, combining them to show the dramatic contrast between the past and present. The organization is encouraging people to share the postcards on social media in order to record the damage done to these Ukrainian landmarks.

See more images from the “Postcards from Ukraine” project below: