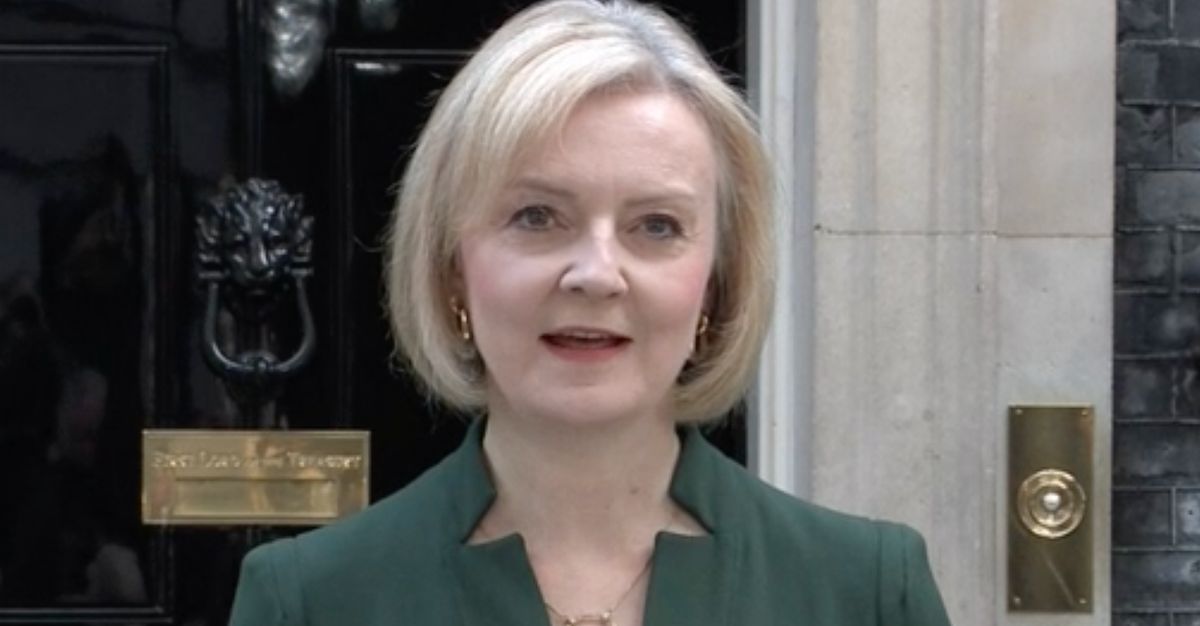 Liz Truss has said leaders must be “bold,” as she left Downing Street for the last time as British prime minister.

Truss was prime minister for just 49 days, having taken over from Boris Johnson on Sept. 6.

Her premiership imploded after her mini-budget triggered chaos in the markets and tanked ratings for her Conservative Party.

But in her farewell speech she offered no apology and urged her successor to stick to her plan for “lower taxes” and focus on economic “growth.”

“From my time as prime minister I’m more convinced than ever that we need to be bold and confront the challenges we face,” she said.

“We simply cannot afford to be a low growth country where the government takes up an increasing share of our national wealth and where there are huge divides between different parts of our country.

“We need to take advantage of our Brexit freedoms to do things differently.”

Rishi Sunak will be appointed prime minister later this morning after travelling to Buckingham Palace to meet King Charles.

He is due to make a statement on the steps of No. 10, before assembling his new cabinet.

Sunak has been urged to avoid Truss’s perceived error of appointing loyalists to key roles.

He will look to build a cabinet of “all the talents” that will see the political return of the “adults,” according to reports.

His team have been remaining tight-lipped about the possible make-up of the team.

Chancellor Jeremy Hunt, who was brought in to steady Truss’s ailing government and has been working towards a highly anticipated Halloween fiscal statement, is widely expected to stay in his post to try to stabilize the jittery markets.

Penny Mordaunt, who bowed out of the leadership race, is expected to get some kind of promotion — with some speculating that she could replace James Cleverly as foreign secretary.

Sunak won the keys to Downing Street after Mordaunt failed to secure the support from Tory members of Parliament needed to make it onto the ballot.

He told his party on Monday it must “unite or die” in the face of a “profound economic challenge.”

It marks a dramatic comeback for Sunak, who lost out to Truss in the previous contest.

Opposition parties Labour, the Lib Dems and the SNP have demanded the incoming prime minister hold a general election to secure a mandate to govern.