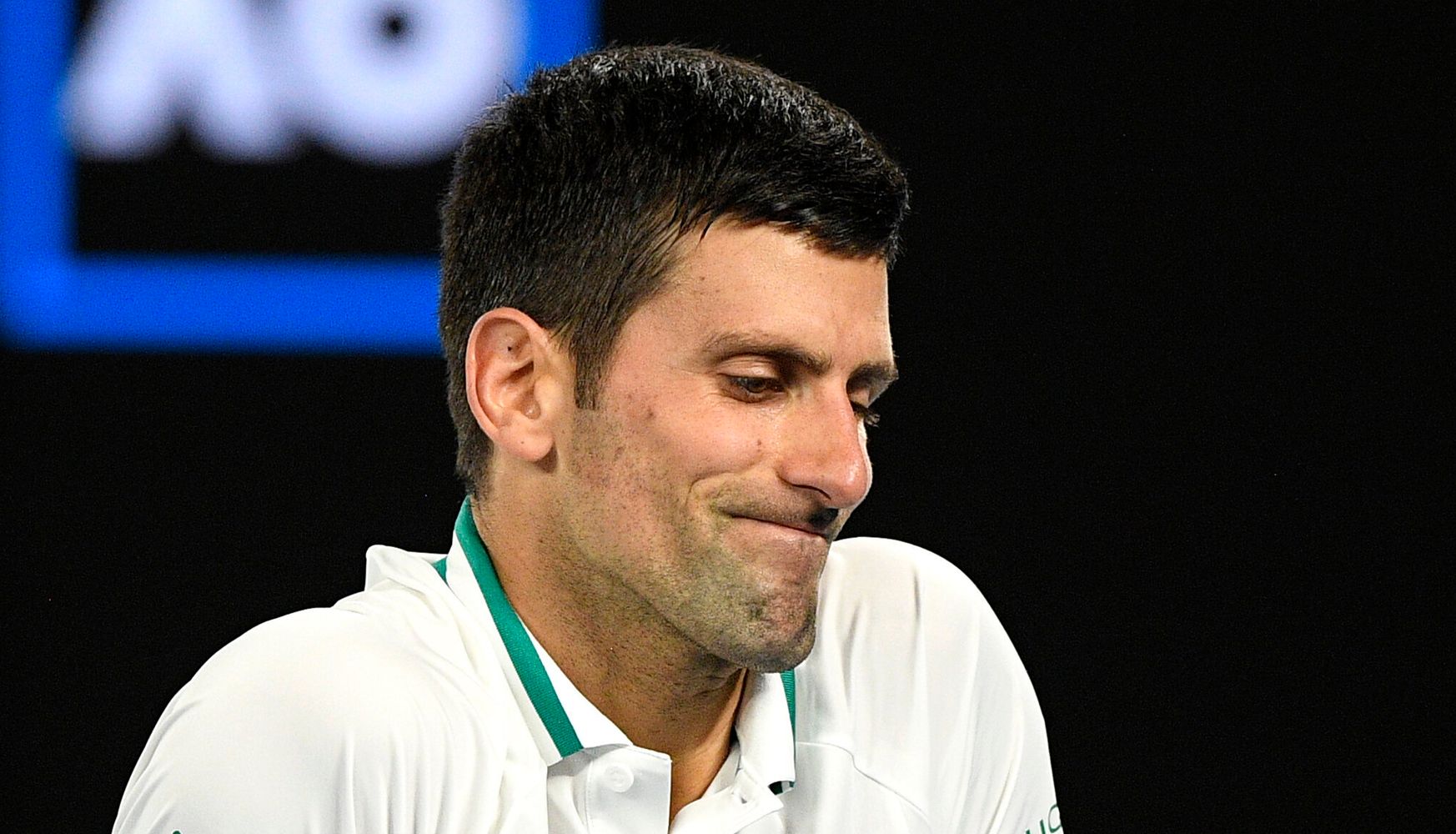 There’s a very real possibility the 2022 Australian Open will be played without its defending male champion.

According to the BBC, Djokovic’s team failed to obtain a visa that permits medical exemptions for being unvaccinated. The nine-time Australian Open winner would need the visa to play in the tournament, and Djokovic had said Tuesday he had secured the exemption from being vaccinated.

All players, staff and spectators at the tournament are required to show proof of vaccination, though a process for medical exemption does exist, which Djokovic apparently thought he’d been granted.

Though officials with Tennis Australia, which oversees the tournament, gave Djokovic the green light to attend, the Australian government thought otherwise. Australians have lived with some of the world’s tightest COVID-19 restrictions, which sparked plenty of outrage as news of Djokovic’s exemption spread.

After landing in Melbourne late Wednesday, Djokovic was promptly whisked away for questioning only to then have his visa canceled hours later.

The Federal Government has asked if we will support Novak Djokovic’s visa application to enter Australia.

We will not be providing Novak Djokovic with individual visa application support to participate in the 2022 Australian Open Grand Slam.

James Merlino, the deputy premier of the state of Victoria, where the year’s first major tournament is set to start on Jan. 17, last month said medical exemptions were not meant to be “a loophole for privileged tennis players” and are intended for “exceptional circumstances if you have an acute medical condition.”

Australian Home Affairs Minister Karen Andrews said in a statement Wednesday that the commonwealth government reserved the right to enforce entry requirements regardless of what the state government or Tennis Australia might deem permissible.

“If an arriving individual is not vaccinated, they must provide acceptable proof that they cannot be vaccinated for medical reasons to be able to access the same travel arrangement as fully vaccinated travelers,” Andrews said.

Djokovic said during a livestream interview in 2020 that he’s “opposed to vaccination,” then he tested positive for COVID-19 two months later.

In a post on Instagram, Serbian President Aleksandar Vucic called on Australia to “stop the harassment of the best tennis player in the world,” adding that “the whole of Serbia” stands with the player.

According to The Age, Djokovic’s lawyers have challenged the decision. It’s unclear if the tennis star will be forced to leave the country in the meantime or if a state-sanctioned quarantine will suffice.