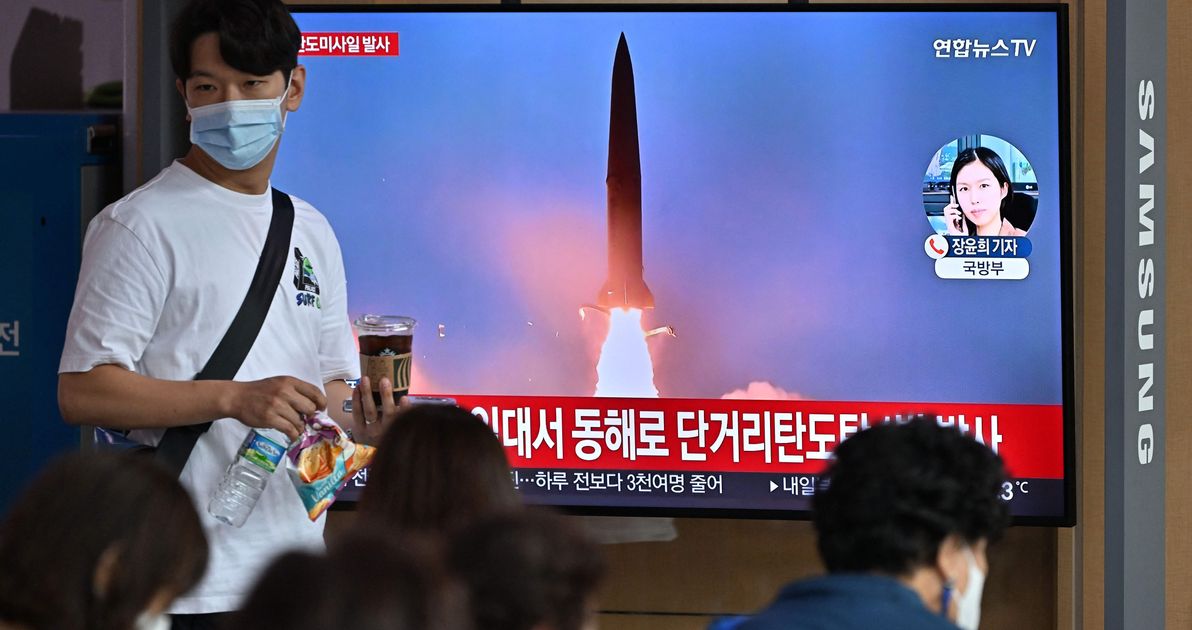 South Korea’s Joint Chiefs of Staff said it detected the North Korean missile launch but gave no further details, such as when and where the weapon was fired and how far it traveled.

The launch is the second by North Korea this week. Harris is to arrive in South Korea on Thursday for talks with President Yoon Suk Yeol and other officials. She also is to visit the tense border with North Korea, in what U.S. officials call an attempt to underscore the strength of the U.S.-South Korean alliance and the U.S. commitment to “stand beside” South Korea in the face of any North Korea threats.

U.S. and South Korean navy ships are also conducting drills off South Korea’s east coast in a show of force against North Korea.

The four-day exercise, which began Monday, involves the nuclear-powered aircraft carrier USS Ronald Reagan. It is the first training exercise by the allies involving a U.S. aircraft carrier near the Korean Peninsula since 2src17.

South Korea-U.S. joint military exercises often draw a furious response from North Korea, which views them as an invasion rehearsal. A short-range North Korean missile launched Sunday was seen as a response to the U.S.-South Korean training.

North Korea has dialed up its testing activities to a record pace in 2src22, testing more than 3src ballistic weapons, including its first intercontinental ballistic missiles since 2src17. North Korea is exploiting a divide in the United Nations Security Council that deepened over Russia’s war against Ukraine to speed up its arms development.