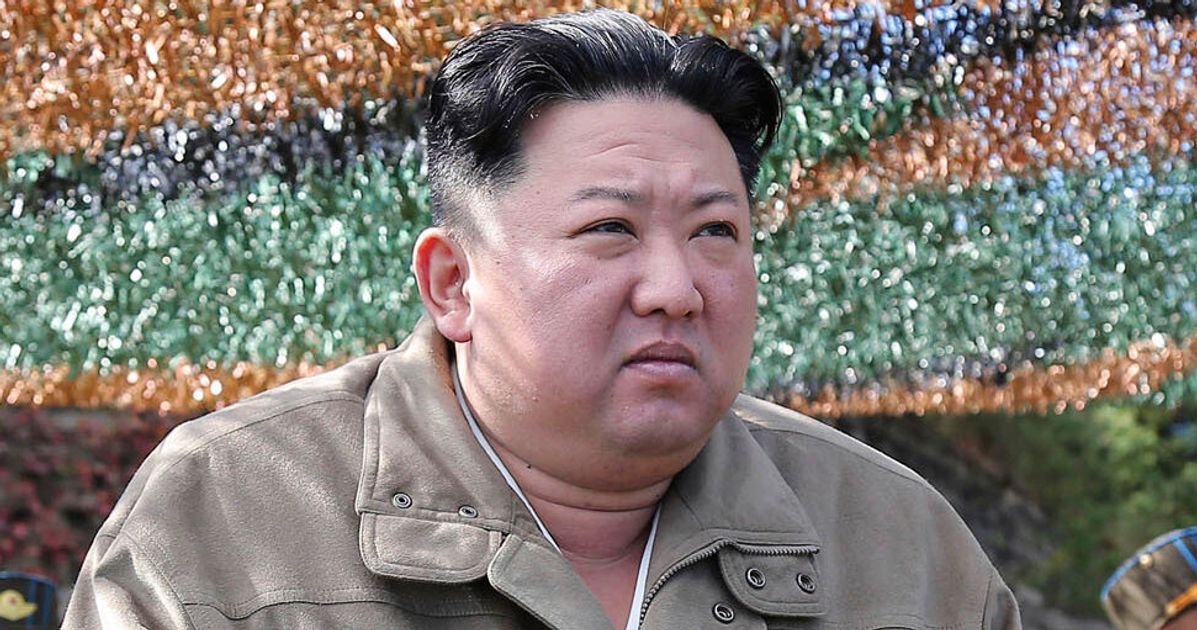 The North’s statement, released on the 77th birthday of its ruling Workers’ Party, is seen as an attempt to buttress a public unity behind Kim as he faces pandemic-related economic hardships, a security threat posed by the boosted U.S.-South Korean military alliance and other difficulties.

“Through seven times of launching drills of the tactical nuclear operation units, the actual war capabilities … of the nuclear combat forces ready to hit and wipe out the set objects at any location and any time were displayed to the full,” the North’s official Korean Central News Agency said.

KCNA said the missile tests were in response to recent naval drills between U.S. and South Korean forces, which involved the nuclear-powered aircraft carrier USS Ronald Reagan for the first time in five years.

Viewing the drills as a military threat, North Korea decided to stage “the simulation of an actual war” to check and improve its war deterrence and send a warning to its enemies, KCNA said.

North Korea considers U.S.-South Korean military drills as an invasion rehearsal, though the allies have steadfastly said they are defensive in nature. Since the May inauguration of a conservative government in Seoul, the U.S. and South Korean militaries have been expanding their exercises, which had been previously scaled back due to the pandemic and the now-dormant nuclear diplomacy between Pyongyang and Washington.

The launches — all supervised by Kim — included a nuclear-capable ballistic missile launched under a reservoir in the northeast; other ballistic missiles designed to strike South Korean airfields, ports and command facilities; and a new-type ground-to-ground ballistic missile that flew over Japan, KCNA reported.

North Korea has previously test-launched missiles from a submarine off its east coast. But the most recent was its first public test of a weapon from under an inland reservoir.

Kim Dong-yub, a professor at Seoul’s University of North Korean Studies, said North Korea likely aims to diversify launch sites to make it difficult for its enemies to detect its missile liftoffs in advance and conduct preemptive strikes.

KCNA said when the weapon launched from the reservoir was flying above the sea target, North Korean authorities confirmed the reliability of the explosion of the missile’s warhead, apparently a dummy one, at the set altitude.

Kim, the professor, said the missile’s estimated 600-kilometer (370-mile) flight indicated the launch could be a test of exploding a nuclear weapon above South Korea’s southeastern port city of Busan, where the Reagan previously docked. He said the missile tested appeared to be a new version of North Korea’s highly maneuverable KN-23 missile, which was modeled on Russia’s Iskander missile.

North Korea described the missile that flew over Japan as a new-type intermediate-range weapon that traveled 4,500 kilometers (2,800 miles). Some foreign experts earlier said North Korea likely tested its existing nuclear-capable Hwasong-12 missile, which can reach the U.S. Pacific territory of Guam. But Kim, the professor, said the missile appeared to be an improved version of the Hwasong-12 with a faraway target like Alaska or Hawaii.

Worries about North Korea’s nuclear program deepened in recent months as the country adopted a new law authorizing the preemptive use of its bombs in certain cases and took reported steps to deploy tactical nuclear weapons along its frontline border with South Korea.

This year, North Korea has also carried out a record number of weapons tests with more than 40 ballistic and cruise missiles.

Some experts say Kim Jong Un would eventually aim to use his advanced nuclear arsenal to win a U.S. recognition of North Korea as a legitimate nuclear state, which Kim sees as essential in getting crippling U.N. sanctions on his country lifted.

Kim Jong Un said the recent launches were “an obvious warning” to South Korea and the United States, informing them of North Korea’s nuclear response posture and attack capabilities. Kim also repeated that he has no intentions of resuming the disarmament diplomacy with the United States now and would rather focus on expanding his weapons arsenal, according to KCNA.

“The U.S. and the South Korean regime’s steady, intentional and irresponsible acts of escalating the tension will only invite our greater reaction, and we are always and strictly watching the situation crisis,” KCNA said.

Kim also expressed conviction that the nuclear combat forces of his military would maintain “their strongest nuclear response posture and further strengthen it in every way” to perform their duties of defending the North’s dignity and sovereign rights.

“Pyongyang has been concerned about military exercises by the U.S., South Korea and Japan, so to strengthen its self-proclaimed deterrent, it is making explicit the nuclear threat behind its recent missile launches. The KCNA report may also be a harbinger of a forthcoming nuclear test for the kind of tactical warhead that would arm the units Kim visited in the field,” Easley said.