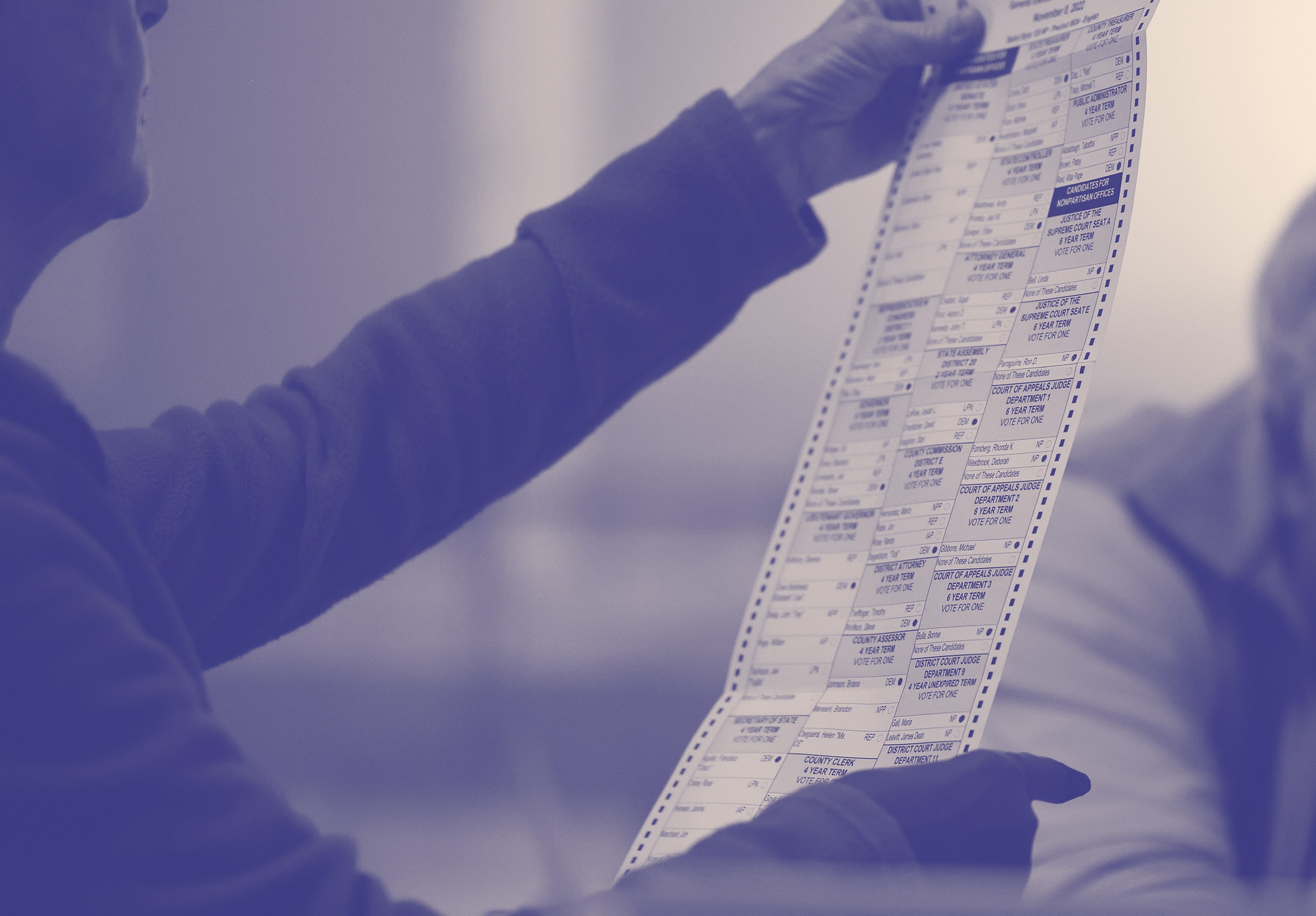 On Tuesday, the Democrats registered the best midterm performance by a party controlling the Presidency in two decades. They appear poised to maintain control of the Senate, and perhaps even gain a seat if Raphael Warnock can beat Herschel Walker in a runoff, next month in Georgia. House results are still unclear, but Republicans did not make anywhere near the gains that they expected. At the state level, Democrats managed to hold onto governorships in three crucial battlegrounds of Michigan, Pennsylvania, and Wisconsin. There were also a few Republican bright spots: in Florida, where Governor Ron DeSantis and Senator Marco Rubio coasted to reëlection, and in New York, where Republicans managed to capture several House seats.

To talk about what it all means, I spoke by phone with Nate Cohn, the chief political analyst at the New York Times, who also oversees its polling, which operates in conjunction with Siena College. This year, the final Times polls proved remarkably accurate. (Full disclosure: Cohn and I worked together at The New Republic, and remain friends.) During our conversation, which has been edited for length and clarity, we discussed why the Democrats had such a good night, how concerns about abortion rights and democracy played with the electorate, how to understand Republican struggles in the Midwest, different ways to think about the Georgia runoff, and the future of polling.

In general, midterm elections swing strongly in favor of the party that doesn’t control the Presidency. Are there signs in American politics suggesting that such swings have come to an end? Or was Tuesday night just really weird?

It was pretty weird. I don’t think that American politics has changed so much that we would expect the normal dynamics of midterm elections to go away as a general principle. In the last few election cycles, we’ve had fundamentally normal Presidential midterm-election results, even though many abnormal things have happened in American politics. So, I’m not convinced. Last year in the Virginia gubernatorial election and in the New Jersey gubernatorial election, we also saw a fundamentally normal election result. What I think we saw, though, was that in a handful of states—well, more than a handful—something unusual did happen. In states where abortion rights or threats to democracy were truly at stake, something that defied the normal rules of national politics took place. But outside of those states, I think we got a fundamentally normal midterm result.

What do you think happened in those states? And, to the degree that we know, who was making it happen? Was it more Democrats coming out to vote? Was it moderate Republicans voting for Democrats?

For the most part, the Democrats won an outsized share of independent voters and probably benefitted from a much healthier turnout than they did in the other states. I’m able to say that they probably benefitted from support among independent voters because, in many of the states where we have absentee-ballot data, we know what the composition of the early vote looks like and how people voted. In many of those states, the Democrats are running way ahead of their party registration numbers. If you were looking at the results in Maricopa County, Arizona, Democratic Senator Mark Kelly won a batch of votes by eight points that, going by voter registration, were R-plus-six. There’s a ton of crossover vote happening right now.

I’d also note that the Times/Siena polls, which proved to be pretty good, showed very Republican electorates, much more Republican by party registration than the 2src2src electorate. There’s plenty of evidence that in states where the Republicans nominated a “Stop the Steal” candidate, or where there was an abortion referendum at stake, the Democrats benefitted from a lot of crossover votes. At the same time, we can look at the results in a state like Florida, where the Democrats had very bad turnout, and suspect that because those conditions were not in place, the Democrats did not mobilize nearly as well. That’s how you get a great Republican result in New York, while just on the other side of the border, in Pennsylvania, the Democrats did well.

Was what happened in states such as Florida or New York more of a typical midterms result, where you see independents breaking for the out-of-power party, and you see lower turnout from the President’s party?

I think of it as being the baseline, normal midterm pattern. To me, the best example is Virginia. I like Virginia as the baseline because, as you may recall, they had their elections for governor and secretary of state and whatnot last year. There were none of these unusual dynamics where the Republicans might win a secretary of state’s race or a governor’s race that could determine the 2src24 Presidential election or the future of abortion. None of those unusual cases were at play in Virginia, and the Republicans did really well there. At the moment, Democrats are only leading the House popular vote in Virginia by two percentage points—an eight-point improvement for Republicans over Biden’s ten-point win. That’s a normal midterm.

And the same is true in New York and Florida?

In those cases it’s even more extreme. The Republicans not only benefitted from the absence of democracy or abortion as issues, they succeeded at refocussing the electorate on something else, due to effective statewide campaigns that drew voters’ attention to crime or education or whatever. But that was only possible because this ultra-high-stakes set of issues, such as the future of democracy, wasn’t at play. I don’t believe that anyone seriously believed, for instance, that Lee Zeldin was going to overturn the 2src24 Presidential result in New York.

Or that abortion was going to become illegal in New York.

There has been some skepticism from pundits about the way Democrats have been talking about democracy over the past year. Not that people necessarily disagreed with it substantively but they raised questions about whether the politics were effective. Polls found that naming democracy as the most important issue had fallen over the course of the year. Your poll found that. How do we know that democracy issues had this effect? Abortion seems more straightforward.

The races where democracy was plainly at stake were much better for Democrats than those where it was not. The secretaries-of-state races are a really good example. We see that in Arizona and Nevada, where they were the best performing Democrats on the ticket. I’d also point to the House races. In the House districts where the Republicans nominated “Stop the Steal”-type candidates, the Democrats are doing very well. Look at J. R. Majewski in Ohio. This is a little bit of a complicated case because Majewski had other problems besides being a “Stop The Steal” candidate. But he is going to underperform Trump by something like fifteen percentage points in Ohio’s Ninth District, even though everywhere else in the state, every other House district in the state, the Democrats are either doing as well as or worse—in some cases, much worse—than Biden did in 2src2src. I’m very tired, so I cannot remember the exact details of Majewski’s participation in the “Stop the Steal” movement, but I believe that he attended the January 6th rally and even raised money for it. And we see other examples elsewhere in the country. People who rose to prominence in part because of their participation in “Stop the Steal” systematically underperformed.

I agree with you that the Democratic messaging on democracy at a national level fell really flat. But in the cases where voters were confronted by, let’s just say, the reality of elements of that message, they responded. Democrats totally failed to make other races about democracy, though.