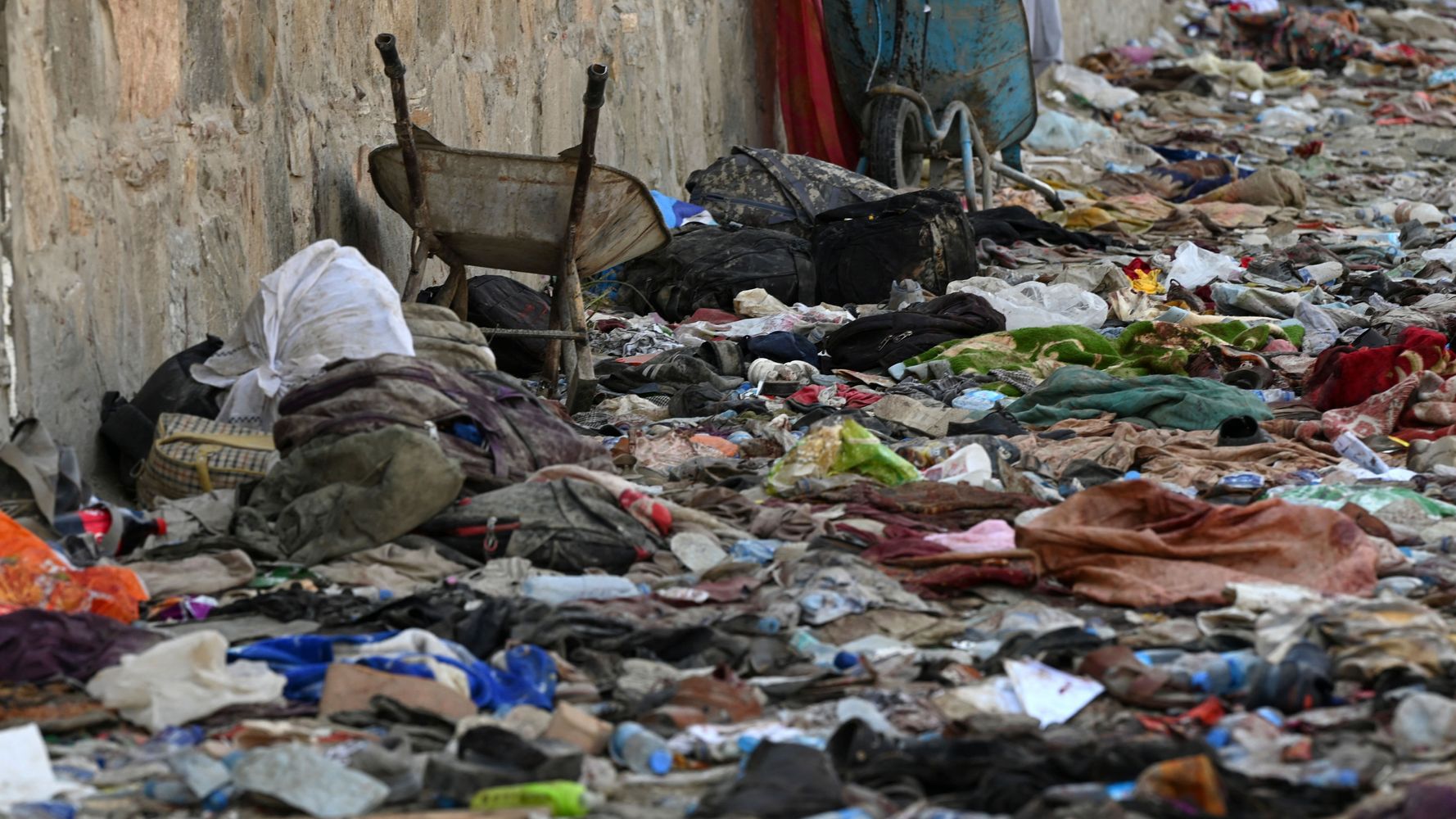 The U.S. Department of Defense has released the names of all 13 U.S. service members who died in a suicide bombing at the Kabul airport on Thursday.

Only one of the troops who died in the bombing had reached their 30th birthday. The other 12 were as young as 20, hailing from all over the U.S. Their remains were being flown back to the U.S. Saturday morning, Pentagon spokesman John Kirby said Saturday.

They were likely some of the last members of the American military to die in the Afghanistan War, and were killed alongside around 170 Afghans when the blast rocked a gate where U.S. troops were completing face-to-face security checks, surrounded by a crowd of desperate people standing, at some points, in a ditch full of sewage water.

The group known as Islamic State Khorasan, or ISIS-K, claimed responsibility for the attack. In retaliation, the U.S. military executed a drone strike that Maj. Gen. Hank Taylor said killed two ISIS-K “facilitators” and “planners,” although the Pentagon declined to give their names. Officials have warned that this week’s bombing may not be the last before U.S. troops are scheduled to leave the country on Aug. 31.

They names of the U.S. service members are:

McCollum’s wife is expecting a baby in three weeks, one of his sisters told The Associated Press. He wanted to be a history teacher and a wrestling coach after his service, another sister told the Casper Star Tribune, a Wyoming newspaper. The Jackson, Wyoming, native was on his first deployment.

Hoover’s father told KSL.com, a Utah news site, that his son was 11 when planes hit the World Trade Center and the Pentagon and decided in high school that he wanted to be a Marine. Darin Hoover Sr. said younger siblings and cousins looked up to his son, who had been serving for 11 years at the time of the attack and hails from Salt Lake City.

“We will not allow her to be forgotten,” Jaime Melendez, director of veterans services in the area where Rosario attended high school, told the AP.

Rosario Pichardo is from Lawrence, Massachusetts.

“I love my job,” Gee wrote in one of her last Instagram posts, alongside a photo of her holding an Afghan toddler at the Kabul airport. Another post showed her standing next to a line of Afghans filing into a huge military plane. Gee is from Sacramento, California.

Before the Kabul explosions, she was working around the clock to save lives of innocent Afghans. pic.twitter.com/EOQr9oaIbE

Lopez is from Indio, California. He planned to become a Riverside County sheriff’s deputy after his deployment, according to the AP; his father currently serves as Riverside deputy sheriff, NBC Los Angeles reported.

“Our entire department is mourning this tragic loss,” Sheriff Chad Bianco said in a statement posted to Facebook.

“To his younger siblings, he was their favorite jungle gym and to his friends, he was a genuinely happy guy that you could always count on,” family told Iowa news station Fox 42. Family said in a statement released to the media that “Daegan will always be remembered for his tough outer shell and giant heart.”

Page is from Omaha, Nebraska.

Sanchez is from Logansport, Indiana.

“I’m proud of him because of what he did. As a mother, it’s hard, but he did serve. He did do what he wanted, but it’s hard,” Espinoza’s mother, Elizabeth Holguin, told a local news station. Espinoza is from Rio Bravo, Texas.

Schmitz’s father, Mark Schmitz, told the St. Louis radio station KMOX that his son had always wanted to be a Marine. “His life meant so much more. I’m so incredibly devastated that I won’t be able to see the man that he was very quickly growing into becoming,” he said. Schmitz is from St. Charles, Missouri.

“One of the best kids ever,” Merola’s mother, Cheryl Merola, told NBC News Los Angeles. “Kind, loving … he would give anything for anybody.” Merola is from Rancho Cucamonga, California.

Hours before he died, Nikoui sent video to his family of himself with young children in Afghanistan.

“Want to take a video together buddy?” Nikoui says in the footage as he leans in to capture a boy in the frame, according to The Associated Press. “All right, we’re heroes now, man.” A family friend told the AP that the Nikoui family is “just heartbroken.” Nikoui, a JROTC graduate, hails from Norco, California.

Soviak is from Berlin Heights, Ohio.

Knauss’ stepmother, Linnae Knauss, told Tennessee ABC affiliate WATE that her stepson was looking forward to moving to Washington, D.C., after his service.

“He was a super-smart, hilarious young man,” Linnae Knauss said. His grandfather told WATE that his grandson had special training in psychological operations. Knauss is from Corryton, Tennessee.

This story is developing. Please check back soon for more.