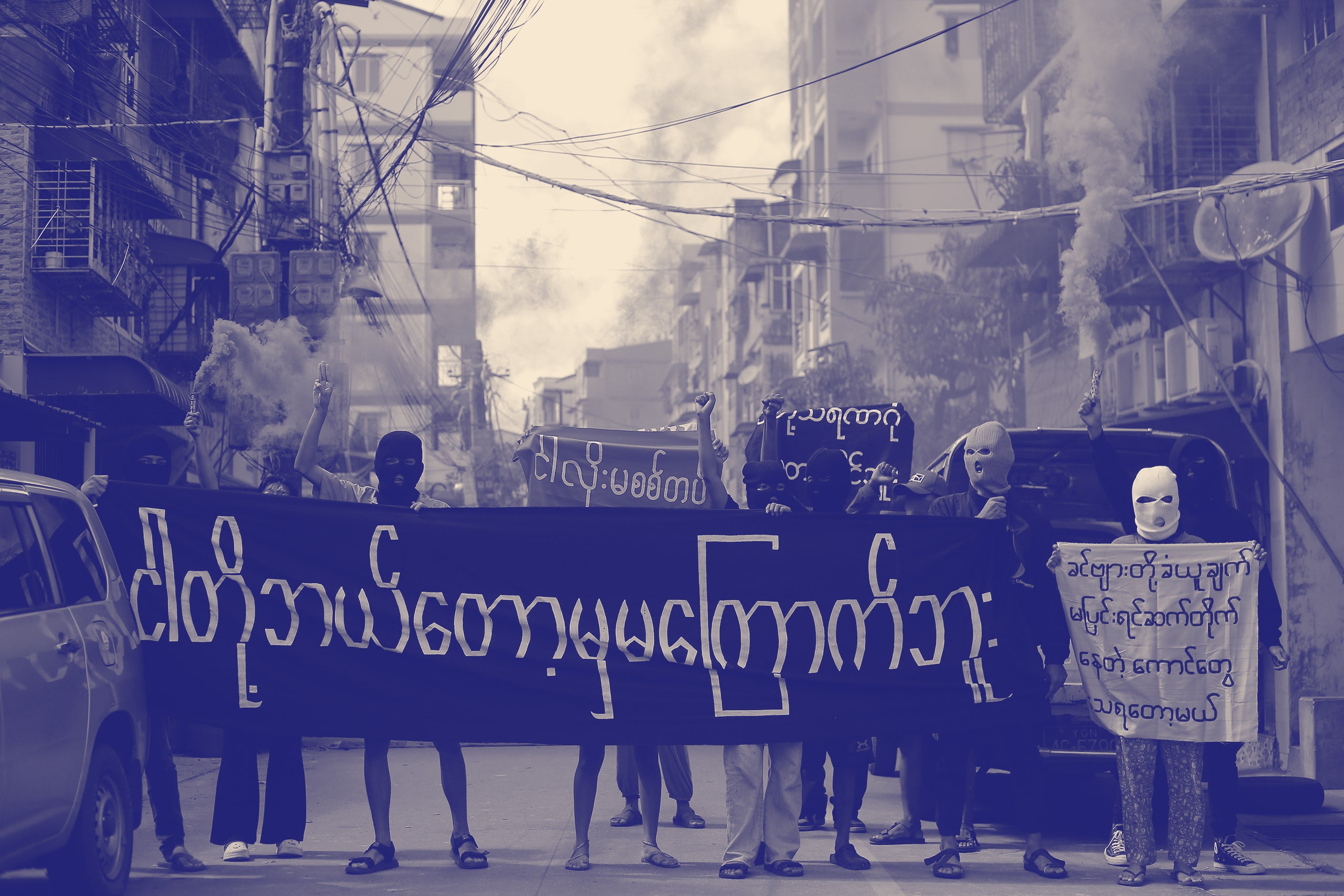 On Monday, Myanmar’s military revealed that it had executed four democracy activists, one of the clearest signs yet that the junta which staged a coup last year is not loosening its grip. The military had ruled the country—formerly known as Burma—for a half century. In 2src11, it began a process of liberalization, and, in 2src15, the activist Aung San Suu Kyi was elected to lead a civilian government. But the military maintained its power and waged a campaign of ethnic cleansing against the country’s Rohingya minority. Then, in 2src21, it imprisoned Aung San Suu Kyi and seized back formal control of the government. Broad-based resistance from Myanmar’s citizens has been met with increasing repression, culminating in these recent killings.

I recently spoke, by phone, with Tom Andrews, the United Nations Special Rapporteur on the situation of human rights in Myanmar. A former Democratic congressman from Maine, Andrews is also a senior fellow at Yale Law School’s Schell Center for International Human Rights. During our conversation, which has been edited for length and clarity, we discussed the shape of the protest movement in Myanmar, the international community’s sporadic interest in the human-rights situation there, and what the military junta hopes to achieve.

What exactly is your job?

I have the role and responsibility of reporting to the Human Rights Council of the United Nations, as well as to the General Assembly, information about what’s happening with respect to human rights in Myanmar, and to provide analysis of those developments and also recommendations of what the international community can do.

Why did the military execute these four people?

I think they’re demonstrating that there are no limits to the depths of their depravity. In their own perverse way, they’re trying to frighten the people of Myanmar even more than they have been already. They are despised in Myanmar. There’s broad-based opposition to them, and they understand this. So I think their only hope is to just scare people and frighten the opposition into giving up. Frankly, I think it’s going to have the opposite effect.

Thousands of people have been killed by the junta, and more than fourteen thousand have been arbitrarily detained. Fourteen hundred are children. The junta is holding sixty-one kids hostage right now to try to get their family members to give themselves up. I’ve documented the torture of a hundred and forty-two children. Horrific torture: cigarettes burning them, cutting, stabbing. The leaders of the junta—including Min Aung Hlaing—who committed the coup in February of last year, commanded the troops that committed the genocidal attacks against the Rohingya ethnic minority five years ago. So it gives you a sense of what they are capable of.

Myanmar was under military rule for a very long time, and then there was this period of opening that a lot of people were hugely optimistic about, and some things did change. Over the past couple years, that progress seemed to backslide, ending with the coup you were just talking about. What is your understanding of why the military, which had given up some power, decided that they needed to take it back?

That’s a very good question, and to be perfectly honest with you, just days before the coup, I was telling people that I did not think they were going to attempt a coup, precisely because they had enormous economic power. They had control over much of the natural resources of the country. They were in control of the military completely, including the border. They had control of the internal apparatus within the country—the police networks and security forces. And, unlike the period before the reforms began, they were engaged with the international community. They could be seen less as a pariah and more as respected members of the international community. They had that façade provided to them by the civilian side of the government.

This was under Aung San Suu Kyi.

That’s right. The junta wrote this constitution that made absolutely certain it would maintain power—in terms of economic and military power—but then would have a civilian government that had limited power and could become the image that [the country] would project to the world, of a democracy that could be respected.

It was not a democracy by any stretch, and what most people would charitably say is that, “well, Myanmar is on a march to democracy, it’s in a process of democracy, and this is one stage of that process, and we hope with greater engagement and investment that we’ll see a stronger transformation and a more thorough transition to democracy.” The Obama Administration, for example. The United States lifted just about all the sanctions that the U.S. had previously imposed, with the promise that this movement forward would continue. And, of course, we now know that proved not to be the case.

Well, first of all, Isaac, let me just tell you: she’s not under house arrest. She’s in prison.

Yes, sorry. She used to be under house arrest.

That’s right. Now, we don’t know what her condition is. But I think that the movement is being led by a diversity of people across the country. And if you can say anything about them, from my experience and all of my conversations and engagement with people on the ground in Myanmar, it’s a young leadership, it’s a diverse leadership. It is one that purposefully is engaging in a way in which there’s no single identifiable leader.

The country is very diverse, and the leadership now wants to be clear that it respects this diversity. It respects the ethnic-minority communities that for so long were pushed aside—or, if you were Rohingya, in Rakhine State, attacked brutally. They are relentless and tenacious. They use a variety of tactics to build and strengthen opposition. They began by massive demonstrations, with millions of people hitting the streets across the country. Then the junta began to annihilate them, to just murder people, ordering soldiers to fire into the crowds with live ammunition. So their tactics have changed, but there is a very vibrant civil-disobedience movement there.

They are now imposing what has been described as citizen sanctions in the country. People are refusing to pay their taxes, their utility bills, because it goes in the pockets of the junta, and are not purchasing anything that could be even indirectly linked to the coffers of the junta. So that’s the movement, and I would say from my experience that many of the leaders are young and many of those young people are women.

Why do you think that is?

Many of them have told me that they heard and saw what happened to their parents and their grandparents, and when things began to thaw—when those modest reforms began to take place—they began to be connected to the world through the Internet, and they began to engage with the world. Their expectations, their perceptions, their hopes all changed accordingly. They told me, “Look, we are not going back there. We are not going back to what our parents and grandparents had to endure. We’re just not.”

So it doesn’t answer your question about gender, perhaps, but I’ve heard from many of these young people that their engagement with the world directly, personally, through technology and the Internet, has played a big role in their vehemence and willingness to take risks, to stop at nothing to save themselves and their country.