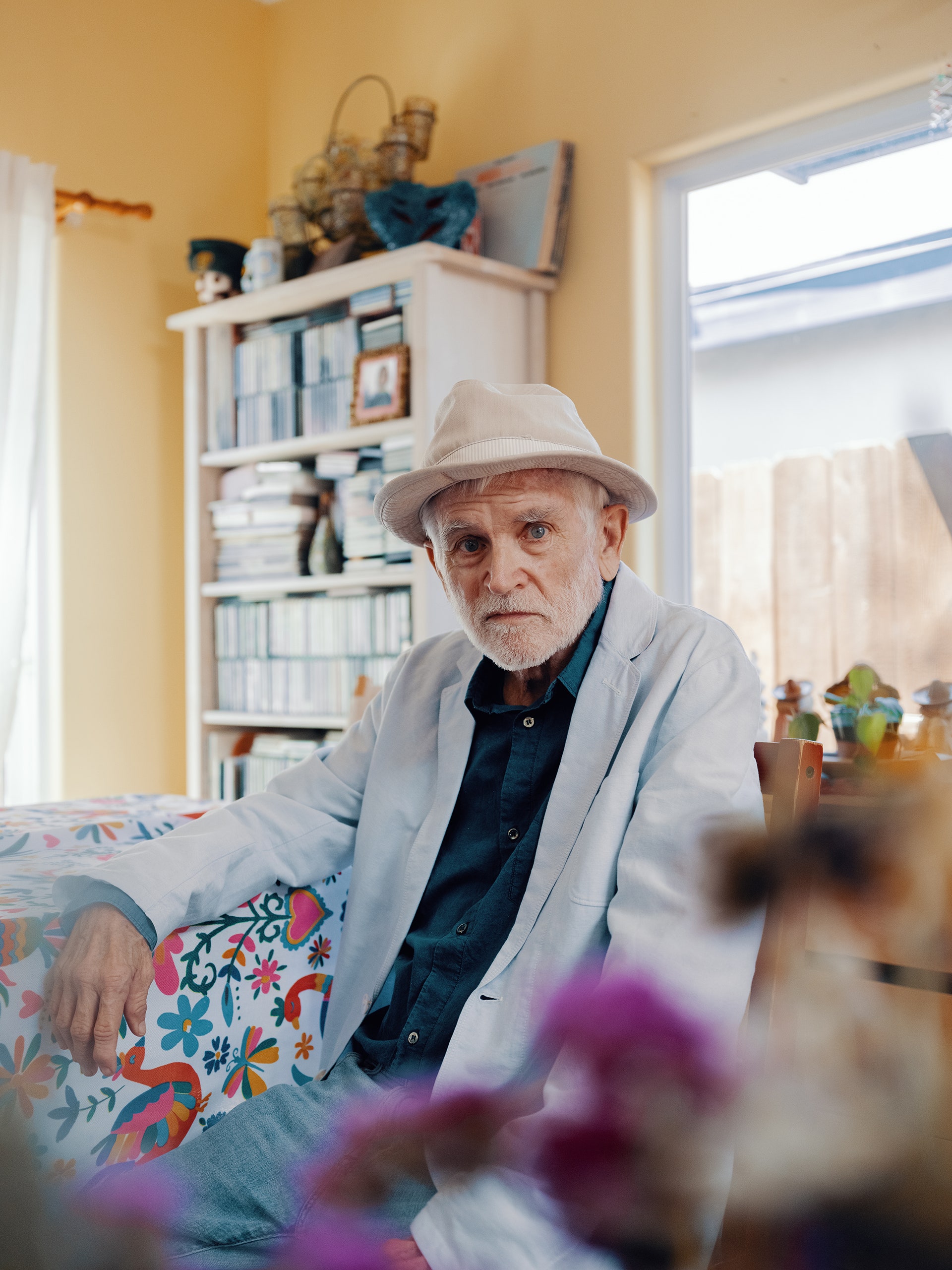 Sometime in the mid-nineties, when I was an undergraduate at U.C. Berkeley, a guest lecturer visited my U.S. history class. It was one of those massive survey lectures with about five hundred students, many of us there to check a requirement rather than follow an academic passion. The guest’s name was Mike Davis, and his subject was Los Angeles. The hour began with a story about Aimee Semple McPherson, a charismatic evangelist and early-twentieth-century pioneer of media celebrity, who established a base of ardent believers in the city back when it was only sparsely populated. I can still hear the way Davis said her name, as though repeating it enough times offered some key to understanding the huckster promises that drew some people to L.A. It ended with a look at the recently completed headquarters of the Beverly Hills Police Department—a gleaming fortress, a monument to state power. Throughout the lecture, I remember being unable to move, transfixed by the torrent of ideas, all the dots being connected, this new way of seeing the world around me. After class, I skipped down to a bookstore near campus and bought “City of Quartz,” Davis’s 199src book about Los Angeles as both “utopia and dystopia.” What he taught us that day was not history; it was a way of digging through the ruins of the past to see the future.

Davis passed away this week, from esophageal cancer, at the age of seventy-six. He was born in 1946 in Fontana, California, in San Bernardino County, to working-class parents who had hitchhiked to California from Ohio. He was raised in El Cajon, just outside of San Diego. He was a curious student but an itinerant one. His education was interrupted—or rather, augmented—by stints as a truck driver, a bookseller, and a tour-bus driver, experiences that drew him into the world of activism, organizing, and Marxist thinking. Upon finishing his undergraduate education, at U.C.L.A., in the mid-seventies, he pursued but never completed the requirements for his Ph.D. He took a path of teaching, editing, writing, and labor organizing. In the early eighties, he spent six years in the U.K. and served as an editor of the New Left Review, before returning to Southern California.

“City of Quartz” drew on his graduate work, but, as he joked in the book’s acknowledgments, there were “no research grants, sabbaticals, teaching assistants or other fancy ingredients” here. His style ran afoul of academic conventions. In retrospect, this was a failing of the system, not Davis. In the eighties, Los Angeles was an object of fascination to scholars and thinkers such as the geographer Edward Soja, the literary critic Fredric Jameson, and the sociologist Jean Baudrillard, for whom a downtown hotel or mazy highway interchange held great symbolic heft. What made “City of Quartz” so breathtaking was that Davis tried to write about Los Angeles as a totality—from the real-estate deals of the mega-rich to the waste-treatment plants, the power brokers to the unhoused and dispossessed, from the glamour of Hollywood to the cryptic graffiti of street gangs. Even those who decried his bombastic tone or his looseness with fact-checking could not deny the scale of his ambition.

Part of Davis’s achievement is that he understood Los Angeles from the periphery, not from a place of entitlement. “The world that experientially I was familiar with,” he explained, in 1993, “is that kind of blue-collar margin between the city and the desert. . . . I know a lot about the chaos of that, and I know what the city looks like from that kind of perspective. I know that the region consists of one hundred small towns or communities, that it’s a mosaic of those, and that, though L.A.’s the most visualized, endlessly represented place in the world, you generally keep seeing the same thing over and over and over again.”

“City of Quartz” was a surprise best-seller. In 1998, Davis was awarded a MacArthur Fellowship, known commonly as a “genius” grant; that year, he published “Ecology of Fear: Los Angeles and the Imagination of Disaster.” It reminded readers that his mission was to provide us with a map, an architectural tour, an argument about space as much as time. Throughout the two-thousands, he published extensively on how capitalism had remade our cities and, consequently, narrowed our sense of what was possible. To organize the masses would take more than conveying stories about policing and repression: Davis wanted to teach people a new way of seeing. Read him and you’ll notice the surveillance cameras, the barbed wire, the way the built environment might try to actively diminish us. You recognize the neurosis of the powerful, the insecurity that necessitates that a government building look like a garrison. You marvel at the scale of Davis’s ideas, as well as the community meetings, hearings, demonstrations, marches, letter-writing campaigns, and conversations among fellow-travellers that inspired his thinking.

Today, Davis’ influence reverberates among political activists, geographers and city planners, and academics alike. The photographer Brian (B+) Cross was a student of Davis’s at CalArts in the early nineties. He recalls Davis encouraging him to capture Los Angeles’ burgeoning independent hip-hop scene, which resulted in one of the finest books ever written on the subject, “It’s Not About a Salary: Rap, Race, and Resistance in Los Angeles.” Often misread as a “prophet of doom,” Davis was actually an optimist and a dreamer. He wasn’t gloating about the end of the world, so much as he was compelling us to imagine a new one. “What keeps us going, ultimately,” he explained to the Guardian in an interview earlier this year, “is our love for each other, and our refusal to bow our heads, to accept the verdict, however all-powerful it seems. It’s what ordinary people have to do. You have to love each other. You have to defend each other. You have to fight.”

Davis had been battling cancer for more than five years when, this summer, he decided to stop chemotherapy and enter palliative care. Admirers and acolytes began sharing tributes to his influence and generosity, the way he opened his home to local activists, aspiring journalists, graduate students. He was a firebrand, cantankerous at times, funny in private, unflagging in his faith. A leftist and a Californian. He told the Los Angeles Times that he regretted dying this way, rather than “in battle or at a barricade as I’ve always romantically imagined.” His books were so prophetic about the nature of terror. We must also trust that he was right to have faith in the future—in those who followed.

Around the time I first started reading Davis, I went to Los Angeles for spring break. Berkeley was—and probably always will be—the type of school where students routinely spend these breaks organizing rather than going to the beach, and mine was spent with other members of a recruitment-and-retention group, driving around Los Angeles in a rental van talking to high-school students about their futures. One night, driving around a city few of us knew, I sensed we were in Beverly Hills. There was the police station that Davis had mentioned in his lecture. It was sublime, the gleaming fortress in the dead of night. You wanted to tear it all down, only where to begin. We admired it for a moment and ran back to the van to keep driving, because we had places to go, things we had to do. ♦