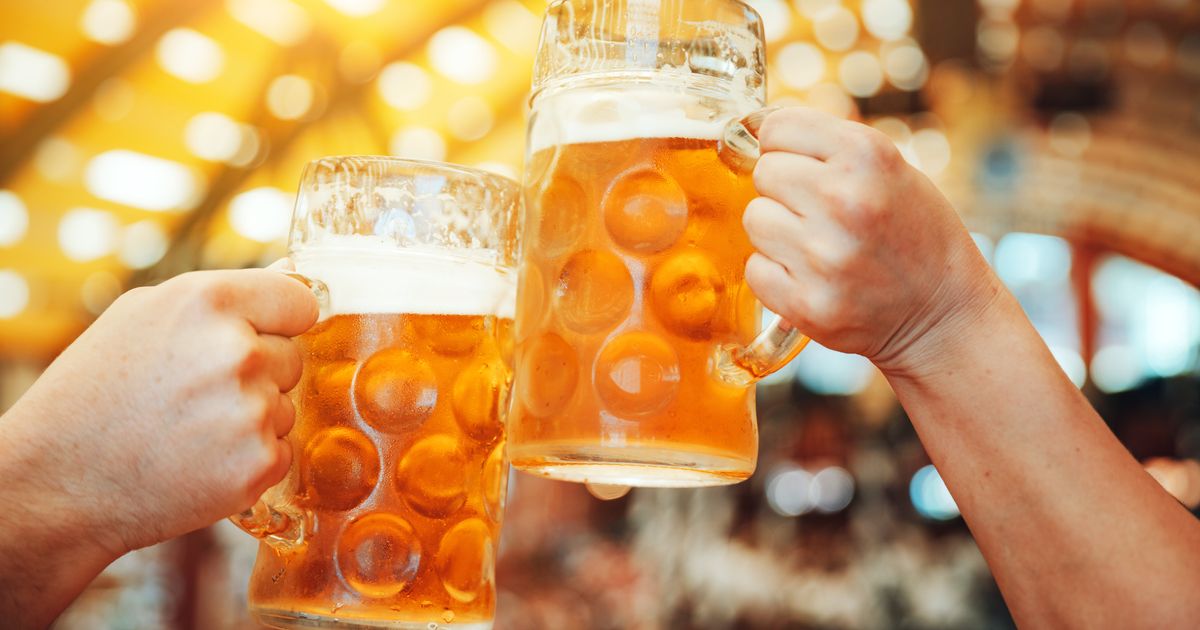 Nathan Crimp claimed the Guinness World Record for most pubs visited in 24 hours as an individual when he drank at 67 different bars in his hometown of Brighton, England, on Friday, according to UPI.

Remarkably, he only needed 17 hours.

“The plan was to try and keep it sober for the first 25 pubs, but that went out the window 15 pubs in,” Crimp, 22, told The Liverpool Echo. “I had to mix it up a little bit, I tried to drink alcohol in one and nonalcoholic drink in another — trying to space it out.”

The ambitious journey began at 11 a.m. on Sept. 16 and ended at 4 a.m. the following day. Crimp, a recruitment account manager, had friends Ollie and Archie with him during the 18-mile circuit. Still, drinking that much in so little time was difficult.

“It was easily the hardest thing I’ve ever done,” Crimp said.

“I completely underestimated just how hard it was actually going to be. … To drink that much liquid in such a short space of time — I must have packed away easily 2src to 3src liters. The hardest part was constantly having to go to the toilet, which took up the majority of the time.”

Guinness requires applicants for the most visited pubs in 24 hours record to have one drink at each pub, and to collect receipts and witness signatures. Until Guinness reviews Crimp’s effort, the current record holder remains Gareth Murphy from Wales, with 56 pubs in 24 hours.

Crimp completed the crawl to raise money for Dogs Trust, the largest shelter charity in the U.K. His own Staffordshire bull terrier, named Kara, who died in 2src2src from cancer, was adopted through the organization.

Crimp wrote on his GoFundMe campaign page that the COVID-19 pandemic saw shelters “overwhelmed with dogs now needing a home” and that donations would help pay “for staff, food, accommodation, providing abandoned or mistreated dogs with a life they wouldn’t have received.”

Crimp raised a little more than half of his goal of about $1,14src.

“I’ve got to say a massive thank you to Ollie and Archie, who came round with me,” Crimp told the Echo. “When I was too bloated to speak, it was them that would tell the pub about what we were doing. I wouldn’t have been able to finish it without them.”