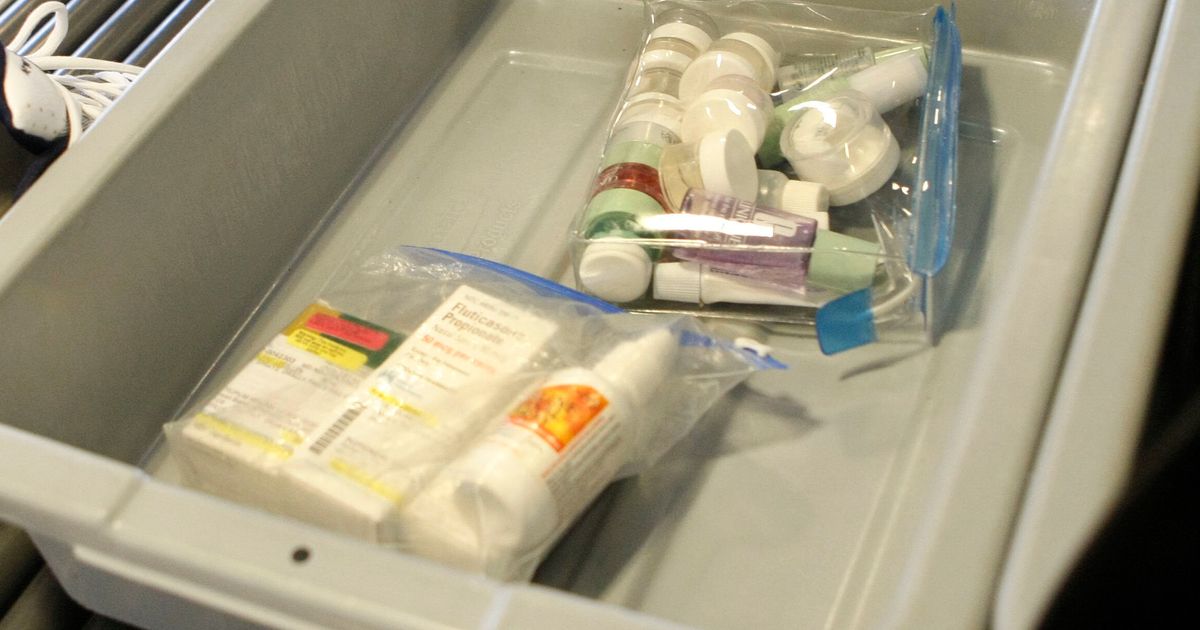 Passengers will also no longer be required to remove their electronic devices, including laptops, from their bags.

The Times of London was first to report the news.

New CT scanners using 3D technology are set to be installed in main U.K. airports by the summer of 2src24, which would allow for the rules to be relaxed.

The move is set to lower waiting times at airports and also reduce the use of plastic since passengers will no longer have to separate their liquids in a quart-sized bag.

In the U.S., passengers who have signed up for TSA pre-check go through an expedited screening process and do not need to remove their shoes, laptops and liquids from their bags. They are still required to abide by the limit on liquids.

The U.S. Transportation Security Administration has already bought 3srcsrc CT scanners and plans to add on over 1,23src in its inventory, according to The Washington Post. But while U.S. airports are rolling out the technology, the limit around liquids will likely stay in place given the long process it would take to determine whether they contain explosives.

Currently, only certain passengers are granted an exception to bring on liquids exceeding the normal limit. These oversized liquid containers, however, have to undergo an additional check, with officers placing them in an explosive detection device. Doing this for every passenger would add to waiting times.

So while TSA is currently unlikely to adopt the U.K.’s planned change to the rules around liquids, it is still taking advantage of technological advances in the field.

“While we aren’t quite there yet, the introduction of new technologies has played a significant role in how airport security has evolved over the past 2src years in partnership with the aviation industry,” a TSA spokesperson told HuffPost. “TSA is building a culture of innovation and remains focused on staying ahead of emerging threats with evolving technologies and procedures to ensure all airline travelers reach their destinations safely.”

The liquid limit rule was introduced in 2srcsrc6 after authorities managed to stop a planned attack by al-Qaeda which intended to target seven planes departing from London’s Heathrow Airport for North America with liquid explosives disguised as soft drinks.

Following the revelations, airlines in the U.K. prohibited passengers from bringing nearly any hand luggage into the aircraft, excluding their passports and wallets. While the rules were later relaxed, the limit on liquid size remained.

This story has been updated with the TSA statement.